Sprint duo picked for GB and NI at Mannheim 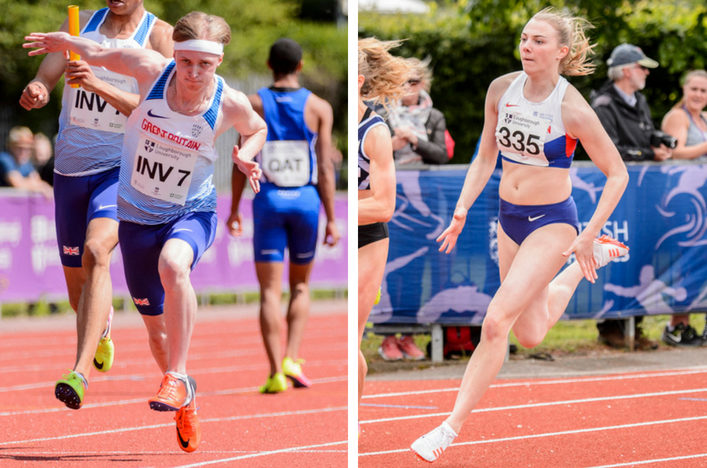 Edinburgh AC duo Alisha Rees and Michael Olsen are celebrating GB and NI selections for the forthcoming U20 International in Germany.

The sprint pair will head to the Mannheim Gala this weekend as part of a 20-strong team announced by British Athletics.

It is part of the preparations for the World Juniors in Finland with the German event placing a big emphasis on the sprints.

Alisha, of course, has already amassed international experience – including winning a relay medal at the European U20s last summer – and is named for the 200m and the 4 x 100m team. Alisha is at Loughborough University now and is being coached by Leon Baptiste.

Michael stepped up to GB and NI level for the Loughborough International and has seized his chance with aplomb. Coaching by Bill Walker, he will race 100m and 4 x 100m this weekend in Mannheim.

Congratulations @Michael_Olsen and @alisha_rees1 on your selections. Recognition and thanks to the coaches involved in your development and also recognising role of Banchory & Stonehaven AC in their development of Alisha over the years.

Delighted to have been selected to run for GB Juniors in the 100m and 4x100m relay at the Mannheim International this weekend! ???? @scotathletics @BritAthletics @EdinburghAC https://t.co/DW2MDztwSH

Team Leader for the British juniors, Trevor Painter, said: ‘We’ve selected a strong team for the Mannheim Gala and it is another key meeting in our calendar as we prepare for next month’s World Junior Championships in Tampere.

‘There will be a focus on the sprints and the men’s and women’s 4 x 100m relay teams and Mannheim will allow athletes to benefit from going up against some strong international competition both on the track and in the field.

‘Building on the performances from the England Athletics U20 Championships at the weekend, it also allows for athletes to consolidate their preparations ahead of the World Juniors.’

The British Athletics junior team for the Mannheim Gala on 23-24 June 2018: