‘Signs are promising but it’s still early in the season’

Stephen Maguire has been pleased with the start to the season by a number of Scottish athletes.

The latest announcement by Commonwealth Games Scotland took to 27 the track, field and marathon representation in Team Scotland and it already looks as if there will be more than double the 19 athletes who travelled to Delhi in 2010.

A Scotland selection will be in action in Loughborough but, in this blog post, the scottishathletics Director of Coaching makes it clear the weekend will be about assessing a number of individual performances rather than the team’s place in the final points table.

‘We’re all looking forward to the Loughborough event but would stress it is early in the season for many athletes.

‘Of course when someone gets on the start-line in a Scotland vest we want them to do really well but we have
purposely selected some people to use it as a preparation event. Commonwealth Games has to be the target and that is still more than two months away.

‘We will have people competing at all ages and stages; some with standards and already selected; a handful still trying to make Team Scotland; and a few who are youngsters just picking up their first taste of an international event.

‘So I would stress that Sunday will not be about the scores in the team event – it will be about measuring where a number of people are at individually and then analysing and assessing that with their coaches.

‘We have the likes of Kelsey Stewart and Jack Lawrie who are in our Academy and they are going to be there.

‘Kimberley Reed will throw for GB Juniors and rightly so because she is the No 1 in her age group in Britain at the moment. It will be nice to see her compete against her fellow Scots in that competition.

‘Some of our throwers have medal potential for the Games so of course we want to see where they are at the moment in terms of form. Can they put down a marker?

‘We are looking at all sorts of aspects when you remember there are Scots competing also for BUCS and for Loughborough who are denied to us – someone like Jake Wightman as a good example.

‘And then you have a swathe of other athletes who are elsewhere around the world. Nick Percy won’t be involved as he will be in Halle at an U23 event and we think that’s the right place for him this weekend.

‘It has been a good start to the season for a number of our athletes. But early season competitions are
precisely that – they merely give you a signpost on how things might unfold later on.

‘I do believe the policy that enable us to name 27 athletes quite early is working. It has allowed a number
of athletes and coaches and prepare in the right way – knowing they have the standards and the slots for Glasgow. It has given them breathing space to focus on being ready for the end of July – rather than becoming too wrapped up in the June 8 cut-off date.

‘We now have a significant number who have a window to prepare without the pressure of selection.

‘People like Chris O’Hare and Eilidh Child would be in that group as well as the marathon runners named the other week. They are firmly focused on the prime competition period of time at
the Games and everything else is just a stepping stone.

‘We are going to have a bigger team than anticipated which gives a broad base to help the spot move forward. But I don’t see our number of medal contenders as having changed much at all.’ 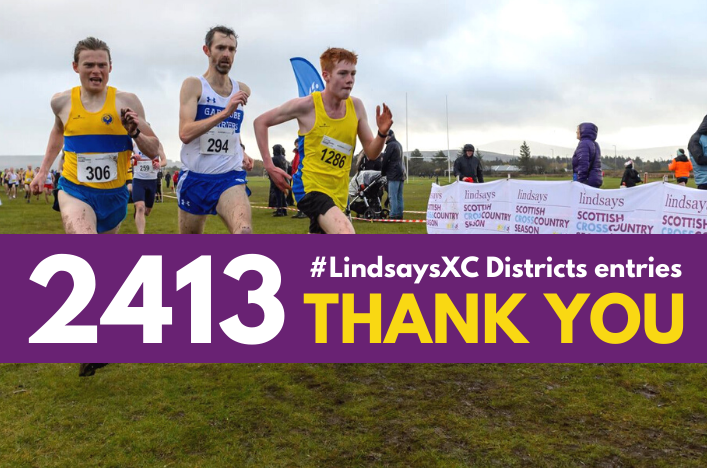