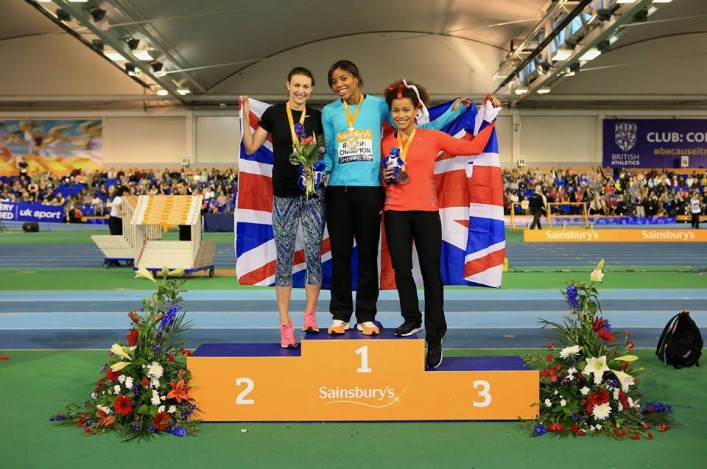 Sheffield’s EIS Arena is the backdrop this weekend for British Champs action as the indoor season reaches its highlight for a number of Scots.

Four gold medals were landed in Yorkshire a year ago with Laura Muir, Allan Smith, Kirsten McAslan and Guy Learmonth on top of the podium and this event has been a happy ‘hunting ground’ in recent years.

With a handful of Scotland’s very best athletes missing the event this time around, medals may be at a premium but there will be no little determination to set a PB, reach a final or indeed make one of those coveted podium places.

For some, places at the World Indoors in America next month are the target with qualifying standards required as well as high finishes on Saturday or Sunday in Sheffield.

Twell has the 3000m standard following her Native Record last weekend, while Inglis and Murray are in the 1500m field chasing a 4.13 qualifying target.

‘It was good to get the opportunity from British Athletics to be involved in the Glasgow GP,’ said Maddie, who set the pace for half of the 3000m.

‘I tried to do what was asked of me and it is nice to have played a small part in Steph achieving an indoor Native Record. Now I am looking at the 1500m in Sheffield and will give it a go to try and get that time. It is unfortunate that there is a clash with the Scottish National XC because I’d love to have had the chance to defend my title there.’

Moultrie has already broken the 9.00 time required for the 3000m but that was in a mixed race at the GAA Miler Meet and must now try for it in Sheffield. 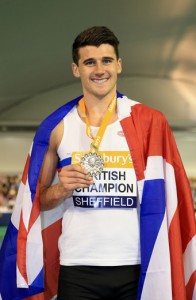 It will also be a special weekend for a number of young Scottish athletes as they ‘dip their toe’ into British Champs action at Senior level – many for the first time.

Among those who could be involved, with their names on the invited entry lists, are the likes of Cameron Tindle, Jemma Reekie, Selina Henderson, Jenna Wrisberg, Ben Greenwood, Carys McAulay, Aidan Gilbride and Mhairi Hendry

Other Scottish names we are seeing (and this may not be an exhaustive list) include:

All at scottishathletics would like to wish all Scots competing the best of luck this weekend and send our best wishes to them, their coaches and their families.

There is live-stream coverage being supplied from Sheffield by VincoSport with that being shown via the British Athletics YouTube channel. You have to sign-up to watch the coverage and there are more details on the link here: