Sharp and Muir on form in Holland 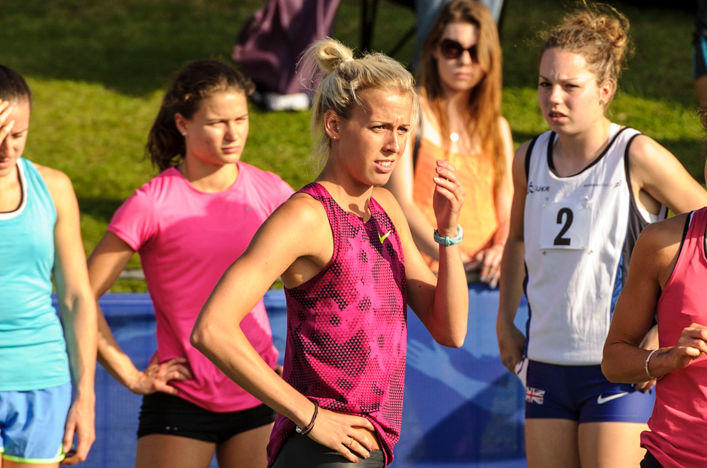 Lynsey Sharp and Laura Muir led the charge over the weekend as Scottish athletes made some significant impressions on the all-time lists.

The last chance for Commonwealth Games qualifying standards doubtless inspired a handful to their best-ever performances while for those already selected, or awaiting confirmation, early season form signs are important.

Sharp heads our weekend round-up by dint of the second best run of all-time at 800m by a Scottish woman.

Only a matter of weeks after her Hampden participation remained in doubt, Lynsey came up with a fine PB of 2.00.09 at the IAAF meeting in Hengelo.

That’s a time only bettered by Susan Scott’s 1.59.02 and was inside the European Championship standard being asked by British Athletics and top of the UK rankings.

Muir, also, made in-roads on the Scottish records and historical rankings which can all be found on http://www.scotstats.com/

Laura clocked 4.02.91 to finish second in a high-quality 1500m race at the same meeting in Holland. Hannah England, the World Championship silver medallist, was among the scalps for the 21-year-old Scot.

The PB lifts the Dundee Hawkhill Harriers athlete to fourth on the all-time list with Yvonne Murray, Liz Lynch and Steph Twell currently ahead of her. Murray’s record of 4.01.20 was set in 1987 (the same year as Liz’s run).

Laura’s run was also an A standard for the European Champs with Team GB and NI.

*Allan Hamilton was another athlete in terrific form on Saturday. The long jumper recorded a PB of 7.81 in a league meeting in Birmingham and that takes him to third on the all-time list behind Darren Ritchie and James McLachlan.

At the same meeting, there was a PB for Grant Plenderleith at 47.12 and Commonwealth Games standards for Allan Smith and Chris Bennett.

There were a couple of good steeplechase performances in the women’s and men’s league matches in Birmingham.

*Shaun Wyllie has the World Juniors in Oregon in his States following a great run in Germany on Saturday evening.

The young Scot clocked a Commonwealth Games standard with a PB of 3.41.43 and that was also inside the 3.43 required for the World Juniors.

Shaun’s run was a club record with Bracknell and took him to second in the Scottish all-time list at U-20 level. Just behind him in Regensburg, Mark Mitchell ran a PB of 3.41.48 to record his third Commonwealth Games qualifying standard.

Gregor MacLean was an event winner in Germany in the pole vault with his 5.41m another example of good form by a Team Scotland selected athlete.

*Derek Hawkins was in action in a half marathon race in the Czech Republic on Saturday. Derek finished eighth in the race with 65.08 to top the Scottish rankings for 2014.