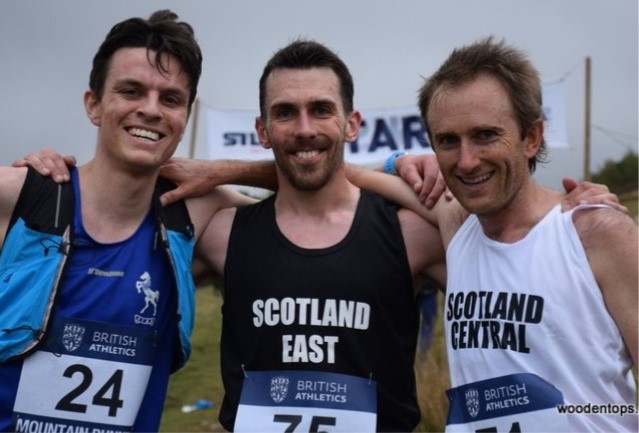 Andy Douglas (Scotland East) lived up to his billing of pre-race favourite when he attacked the field from the gun at Saturday’s UK Inter-Counties Senior Hill Championship, held on a course in the Broughton Heights in the Scottish Borders.

Douglas pushed the pace over the first loop, however his UK Mountain Running team mates Graham Gristwood (Scotland Central) and Max Nicholls (Kent) were still very much in touch as the trio descended back down through the start area, just over halfway in.

Despite their best efforts, Gristwood and Nicholls never managed to close the gap and Douglas pulled away on the run-in back down the valley to the finish for a 19 seconds victory. The trio kept their placings across the line with Gristwood second and Nicholls third.

Chris Arthur, fifth overall, led home a strong Lancashire team to the team title, one point ahead of Yorkshire in second and five points ahead of Scotland East (Andrew Douglas, Tom Martyn, James Waldie) in third. 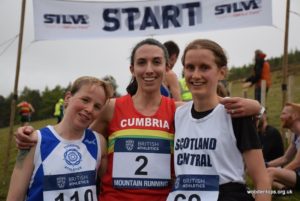 Catriona Buchanan (Scotland Central) backed up recent strong domestic form, which included wins at Dumyat and Whangie Whizz, finishing in third and only nine seconds down on Walshaw.

Buchanan was the stronger of the two on the climbs, though Walshaw had just enough to pull away on the faster sections.

The women’s team event was also very close with Yorkshire pipping their very strong rivals Cumbria by only two points, arguably an upset based on recent form. 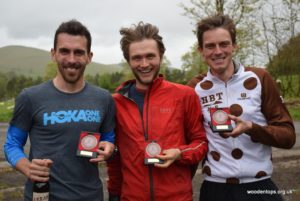 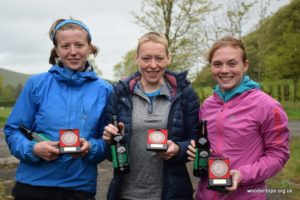