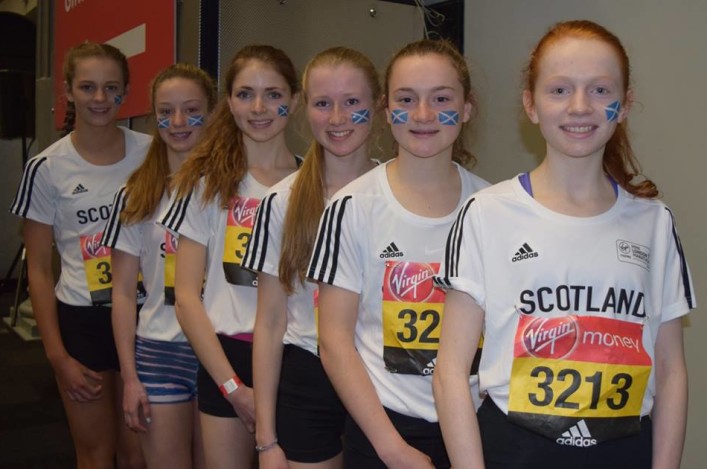 Scottish teenagers headed south to compete in the Virgin Money London Mini Marathon – and it was a special day for our U17 Women.

No fewer than five of the six-strong team finished in the top 11 places in what is the British Athletics Road Champs in two age groups.

That ensured gold medals and there was an individual medal, too, for Kilbarchan AAC’s Laura Stark as she came home in third place for bronze. It was quite a day for Kilbarchan athletes in London . . .

Laura was backed up by Erin Wallace at fifth and Kate Gallagher at 10th, Clare Stewart 11th, Lauren Dickson 12th and Anna Macfadyen at 23rd.

Scotland U17 Men had high hopes pre-race but the competition in this event is usually tough and Sol Sweeney was best-placed at 13th with Joe Arthur also inside the top 20 at 16th. They were supported by James Donald 27th, Max Milarvie 31st, Tristan Rees 38th and Ben Greenwood 47th.

Congratulations again to these athletes on representing Scotland at the London Mini Marathon events and many thanks to those coaches and volunteers who travelled with them. 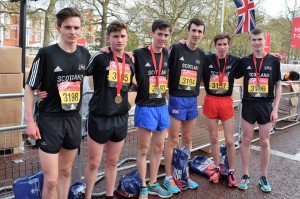 Scotland U17 Men in London (photo by Neil Renton)