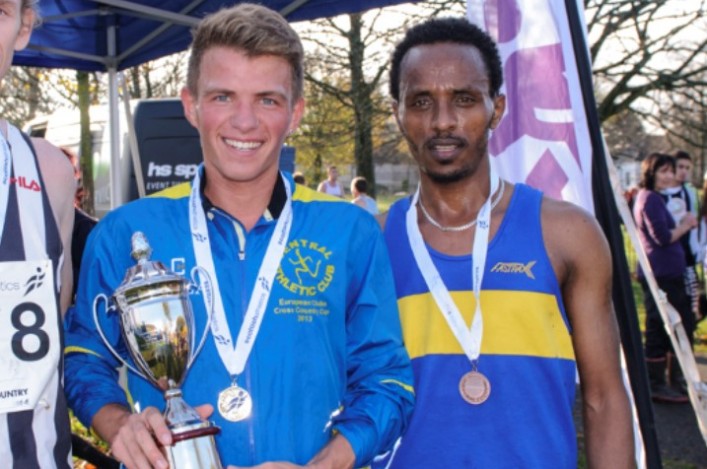 Top Scottish athletes are headed for Liverpool on November 29 for the British Cross Challenge which doubles up as the European Cross Country Championship trial.

And no fewer than 21 will do so with backing and support from scottishathletics as Scotland selections for the event on Merseyside.

The races that day determine who features for Team GB and NI in Bulgaria in December and a number of Scots look to have strong hopes of GB vests.

Steeplechaser Eilish McColgan (Dundee Hawkhill), who made a fine 10K road race debut at Leeds last weekend with second place to Steph Twell (Aldershot, Farnham and District), will represent Scotland in her first cross country assignment for a number of years.

She is joined in the selection by Commonwealth Games team-mates Twell, Callum Hawkins (Kilbarchan AAC) and David Bishop. 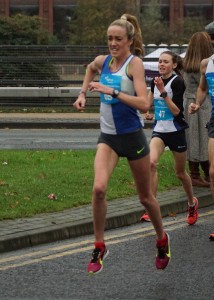 McColgan and Auckland in Leeds

Tewolde Mengisteab of Shettleston is picked after a good run in Leeds, too, and there are U23 places for his club-mate Lachlan Oates, Corstorphine’s Howell Craske and Giffnock North’s Luke Traynor.

Central AC men will pursue a place in the European Clubs XC once again – the Stirling-based club finished 10th in 2013 in Spain – as they face English and Welsh opposition in the team competition. Edinburgh AC carry the flag for Scotland in the women’s equivalent competition.

The competition opportunity was out-lined on our website in accordance with the Road Running and Cross Country Selection Policy.

As well as these athletes, of course, there will be a large number of Scots headed for Sefton Park, Liverpool,  and we wish them all the best.

scottishathletics are aware of many people due to make the journey – start-lists will be published on the British Athletics website.

Indeed, Ayr Seaforth AC are due to take a party of 42 athletes and coaches and parents south with subsidised travel with support from their local council and from club funds – and that is a commendable initiative.

The likes of Giffnock North AAC and Ronhill Cambuslang are also making travel plans as well as a couple of other clubs and it promises to be an exciting day for those athletes pitting themselves against strong opposition in England.