It was bronze this time for the World Champs winner at 3:30.53 as Australian Oliver Hoare took gold in 3:30.12 and Kenya’s Timothy Cheruiyot third.

All three were at the 3:30 mark in fact in a fast race with a dramatic finish which saw no fewer than the top eight finish sub 3:33 including a PB for Neil Gourley (in eighth place) in 3:32.93. Josh Kerr was 12th.

Jake went to the front with around 200m left as he sought to replicate his Oregon finale.

But 2019 World Champ Cheruiyot passed on the closing stages and then himself was dipped on the line by Hoare, who won with a Games Record.

The Australian was eliminated in the semi-finals in Eugene so the win here was redemption for him personally yet in a wider sense demonstrated the depth of quality in the event.

Taking the Team Scotland athletics tally to four, so far, Jake himself made it two Commonwealth bronzes (2022 and 2018) to add to European bronze (2018) and that World title win.

‘I’m relieved to be on the podium and win another medal for Team Scotland,’ he said.

‘It’s been a huge couple of weeks since Oregon and I knew there would be people out there trying to put things right for themselves after the Worlds. I went to the front but you know in a sense you are there to be shot at in the final stages.

‘To win medals at both in a short period of time is an achievement so that gives me satisfaction, even though I wanted to win it. I had a lot of people here to watch me and it was good to get the medal for them. 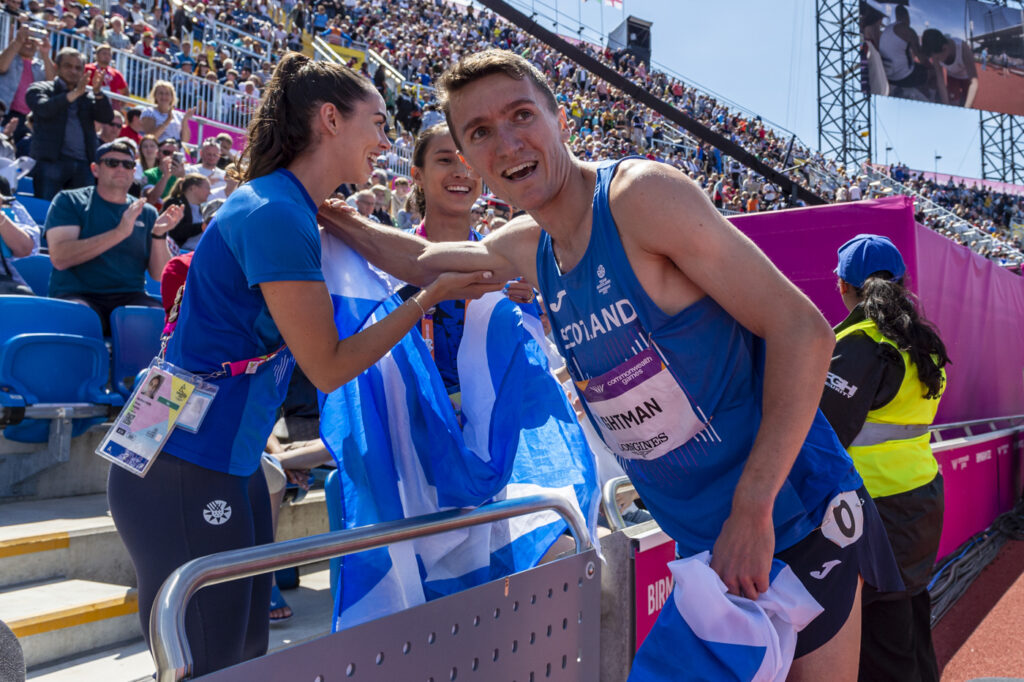 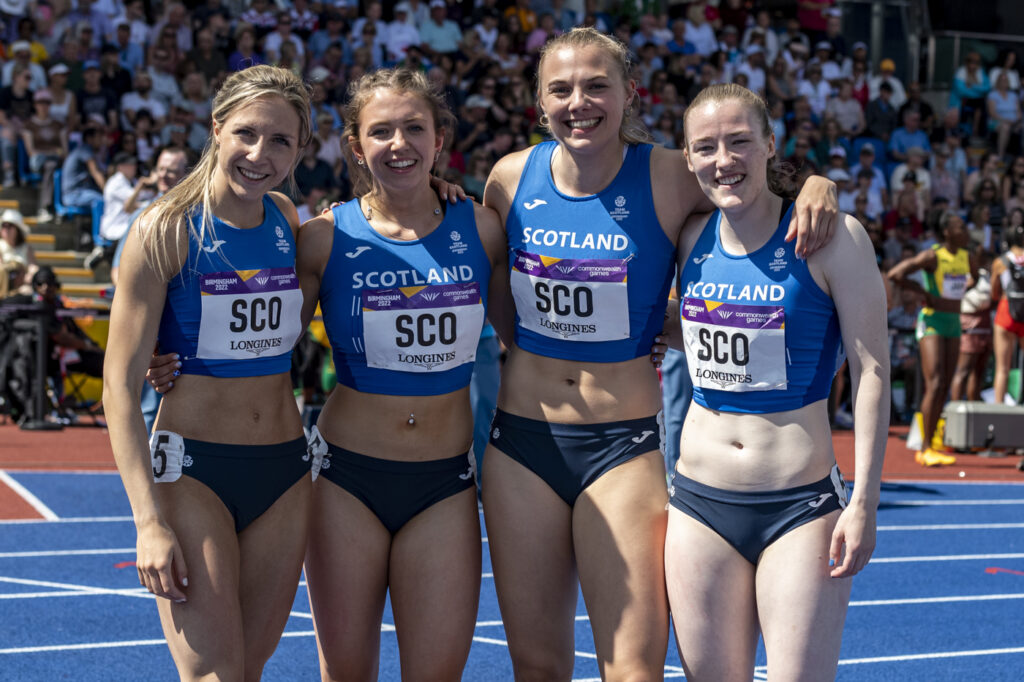 It was a special moment for the quartet of Rebecca Matheson, Alisha Rees, Sarah Malone and Taylah Spence. Those four athletes set a new National Record of 44.75 in qualifying.

Scotland were in heat one of two alongside Jamaica and India and duly came home in third behind those two to go through in 45.88.

‘It was a fantastic experience to be out there racing for Team Scotland in a Commonwealths and now we look forward to the final,’ said Rebecca, who took the first leg and handed over to Alisha.

‘It’s been quite a week for me after getting married in Orkney last weekend,’ grinned Taylah, who was on the anchor and took the baton from Sarah.

‘It says ‘Spence’ on the back of the vest even though I am now Paterson. It’s one more competition as Spence!’

It was a fourth Commonwealth Games experience for Mark, who won bronze in 2014 and 2018, and a third Games for Chris.