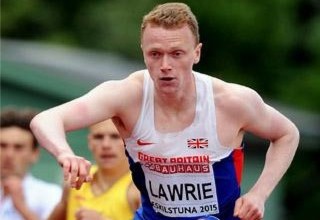 Jack Lawrie just missed out on a medal at the Euro U20s when he finished fourth in the 400m Hurdles final in Sweden last month .

But he maintained his good 2015 form with another PB in the British Men’s League at the weekend. Jack recorded 51.52 while competing for Woodford Green and that’s a second-best performance on the Scottish all-time list for an U20 athlete. Ewan Dyer also set a PB at 52.10.

Pitreavie AAC athlete Lawrie was one of a number of Scots headed for the Senior Champs this weekend who featured in the British Men’s League.

Glasgow City were relegated from the Premiership after one season, following a series of promotions. There are results details from Saturday on the Scotstats website 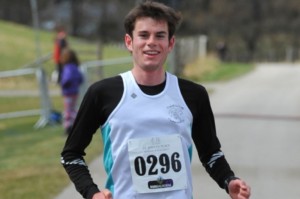 Scotland’s Robbie Simpson was in a fine form last month at the European Hill Running Champs where he took an individual fourth place.

And he maintained that ahead of the forthcoming World trials for GB with third place over the weekend in Switzwerland at the 31k Sierre Zinal  races – one of the most competitive mountain running events in the world. The Deeside Runners athlete finished only 21 seconds behind the winner in 2.33.34.

Robbie is among those 11 athletes named on Friday by scottishathletics for the World Trial for GB and to represent Scotland in the Senior Home International: 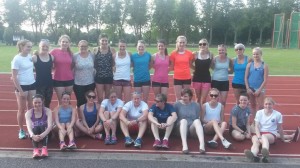 Edinburgh AC women were in action in the UKWAL league final premiership match of the season at Eton.

It was a decent day for the capital athletes as they managed to secure third place in the overall table.

Catriona Pennet  in the 100m Hurdles and triple jumper Rachel Dinsdale were among those to register good performances on a day when the Edinburgh AC squad featured some new faces as well as more familiar names like Sarah Warnock, Susan McKelvie and Kirsty Yates. 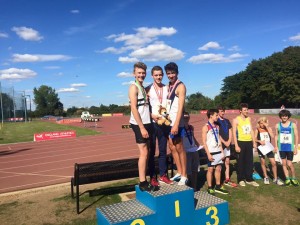 Joel and Matt on the podium at Bedford

Young Scottish athletes impressed at the England Athletics Combined Events champs in Bedford – taking two of the three U15 medals.

This past weekend, Andrew’s older brother Daniel McFarlane (Inverness Harriers) won bronze in the U17 decathlon with Andrew fifth.

With thanks to Kenny Pearson