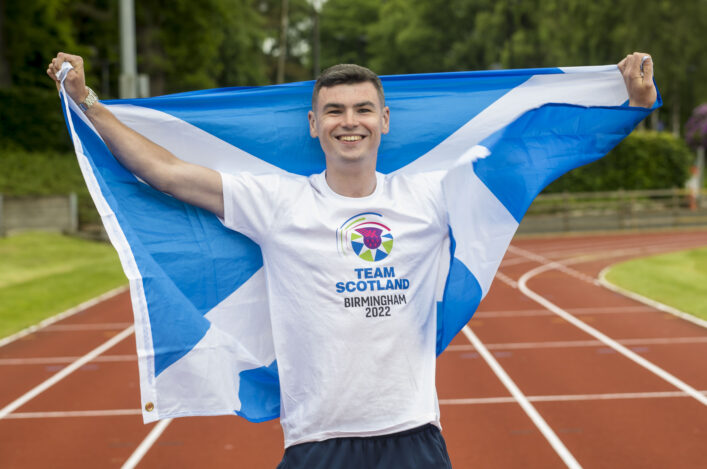 In his own words, he documents the journey in sport that has led to this moment.

I was diagnosed with cerebral palsy at 10 months of age. My disability affects the strength, coordination and control of the right hand side of my body.

Throughout my childhood and from as early as I can remember, I was always at hospital between physiotherapy, speech and language therapy and sessions for anxiety as I progressed through primary school. I was always treated differently by the teachers and was never given an opportunity to compete at sport.

I remember trying out for the school football team when I was in primary six and being devastated not being selected for the team. I wanted to get involved in sport and I loved football, I wanted to be like my heroes that I watched on a Saturday at St Mirren Park but even at that age for my teachers it wasn’t about taking part it was about winning and to them I wasn’t good enough to be in the team.

This really knocked my confidence within the school environment as I saw other boys training and developing friendships that I was excluded from as they went onto play in the school team.

Through my physio, I was put in touch with a disability football team, called West of Scotland Football Club for the Physically Disabled. This opened up a whole new world of sport for me and meant that I could be involved with a team which I had never experienced before. I excelled in the team and despite being the youngest in the team, I was accepted. 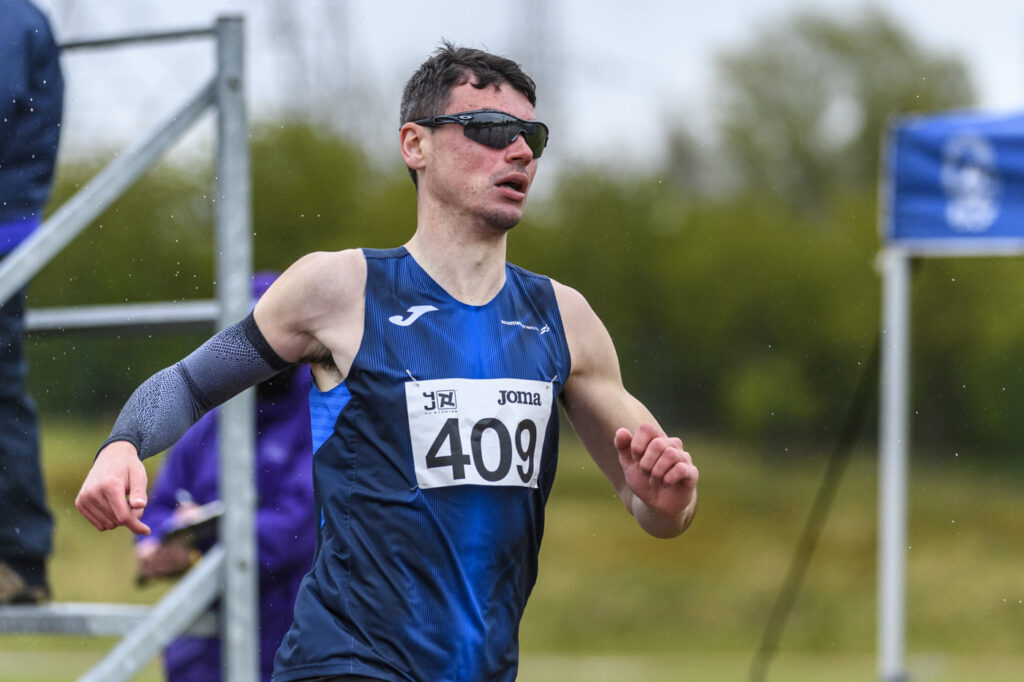 I progressed within football to training with the development team for the Scotland FA Cerebral Palsy Team.

I loved sport as it gave me a sense of worth being able to play and compete with other ambulant players.

I first got involved in athletics when my football team were invited to take part in an athletics competition by Red Star AC.

I really enjoyed it, it was a great day, and a coach approached my parents and I at the competition as said I should get involved in Athletics. I joined Kilbarchan AAC before joining Red Star AC and between football and athletics sport was full on for me and my parents who were my full-time taxi! I continued to progress in both sports.

In 2014, I was selected by Scotland CP football to compete in an Under 19 competition in Ireland and then again in the World CP Championships in Nottingham, where for me playing against and setting up the Scotland goal was a highlight. I had been selected for the athletics team as well, but at this point I had chosen football over athletics as I thought the opportunity to play football in a major competition wouldn’t happen very often.

About three years later, I took the decision to concentrate on my athletics career and gave up playing football. It was a hard decision but the right decision for me at the time. 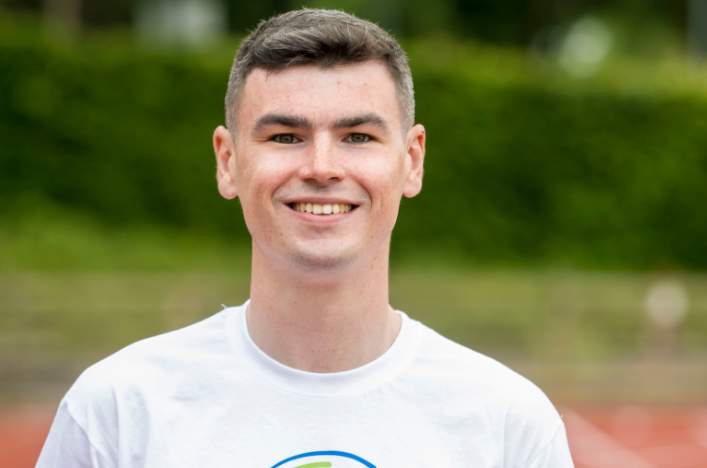 Things progressed very quickly for me after making that decision and I was invited into the GB athletics development academy and I was selected for the European Championships in Berlin where on my debut for the senior GB Team, I won silver in the T38 400m.

It was an experience that I will never forget and the whole GB set up from start to finish was absolutely brilliant. To date this has been my greatest sporting achievement and one that I am extremely proud of.

To be selected for Scotland and have the opportunity to compete in what will be my first Commonwealth Games in Birmingham is a dream come true. My journey to make the qualifying standard hasn’t been an easy one, I was due to compete in Dubai at the beginning of the year and fell ill with COVID-19 meaning that I couldn’t travel.

Chasing legal winds and times in a WPA ranked event in the collapsing time frame has been stressful and I took it down to the wire by gaining the time that I needed in the very last competition before the deadline.

When I got the call to say I had made the Team, I felt a huge weight had been lifted off my shoulders, but I suppose that shows how much I wanted the opportunity and how much it means to me to compete in a major competition for my Country.

My ambition for the Commonwealth Games is a simple one, I want to compete to the best of my ability, to make my friends, family and coaches John, Ricky and Alasdair proud. I want to enjoy the whole event from the holding camp, the athlete’s village and taking my place on the starting line with the best T37/38 athletes in the Commonwealth – put simply I want to enjoy the whole experience and make great memories.

My experience in sport from a young age was not particularly great with teachers who were uninspiring. My message to up and coming athletes of the future is, concentrate on your ability not your disability. Let your talent define you, no matter what hurdles life puts up in front of you, with hard work and determination you can overcome them and go onto inspire your own generation.

This article first appeared on the Scottish Disability Sports website – thanks to them. 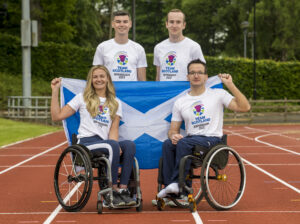