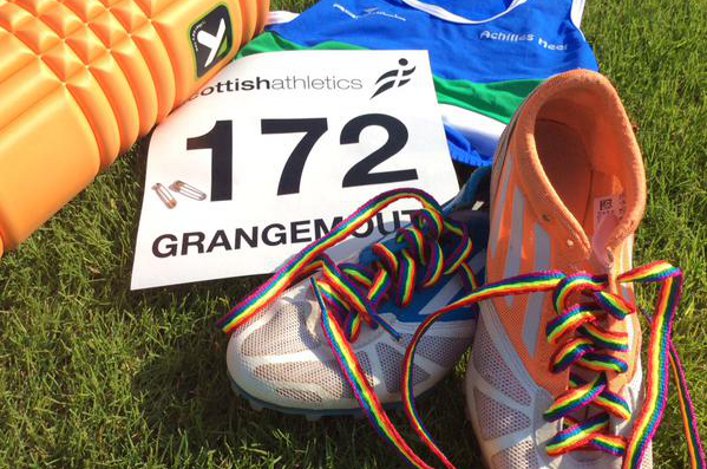 With an impressive 1,289 athletes at our Age Group Championships this year, there was bound to be a great atmosphere – and the levels of participation and support also made sure the weekend’s #RainbowLaces campaign was a great success.

We teamed up with Stonewall Scotland to promote #RainbowLaces over the weekend, with the message that there is no place for homophobia in athletics. Over the two days of competition, 2,000 pairs of rainbow laces were handed out to athletes and supporters, with postcards explaining the campaign and inviting them to enter our competition.

We were looking for photographs of people wearing their laces to be posted on Twitter with the hashtag #RainbowLaces, and got some great entries. You can see them all – and some of the best shots we took ourselves – on this Storify. Read on to see the competition winners below.

scottishathletics Chief Executive Nigel Holl, said:  ‘It was fantastic to see the level of support for the Rainbow Laces campaign during the Age Groups in Grangemouth.

‘Everywhere we looked there were youngsters wearing the laces, and we received some great photos on Twitter. Congratulations to the winners, and huge thanks to Eilidh Child for backing the campaign with her own Rainbow Laces photo, and providing autographed prizes.

‘Behind the fun, of course, was a serious message – that the athletics family does not tolerate homophobia, homophobic bullying, or homophobic language. We hope the publicity surrounding the campaign will go some way to making sure everyone feels comfortable being themselves when they take part in athletics.’

We are now pleased to announce the competition winners. First up, each winning a Scotland vest autographed by Eilidh Child, are @caramccx and @rhiannonkirkx. 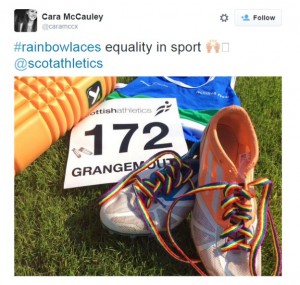 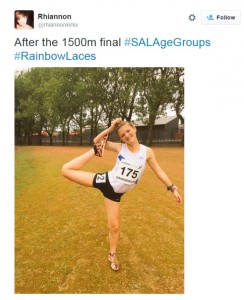 Additionally, winning autographed Glasgow 2014 numbers are @LaurieAllardes @ErinSt_xox and Murray, c/o @Louise_Br11. We will contact all winners via Twitter to arrange delivery of prizes – and huge thanks to everyone who took part – continue to wear your rainbow laces with pride! 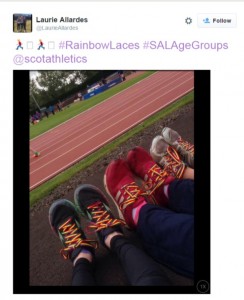 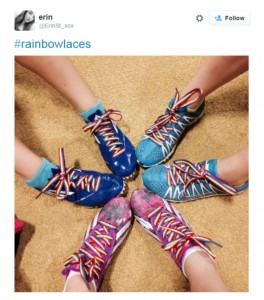 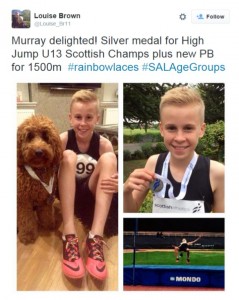 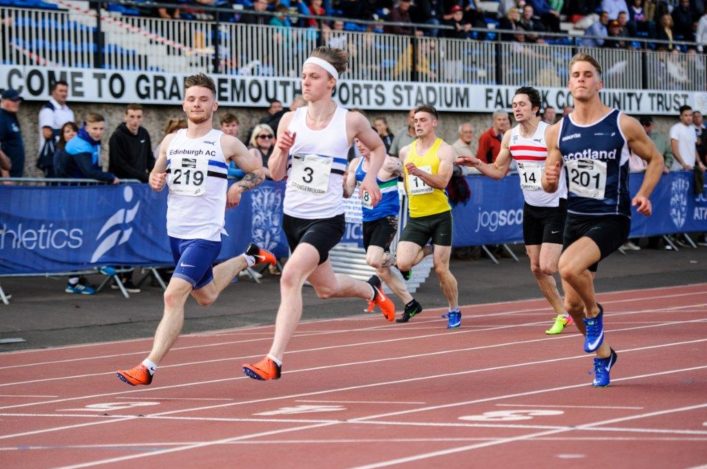 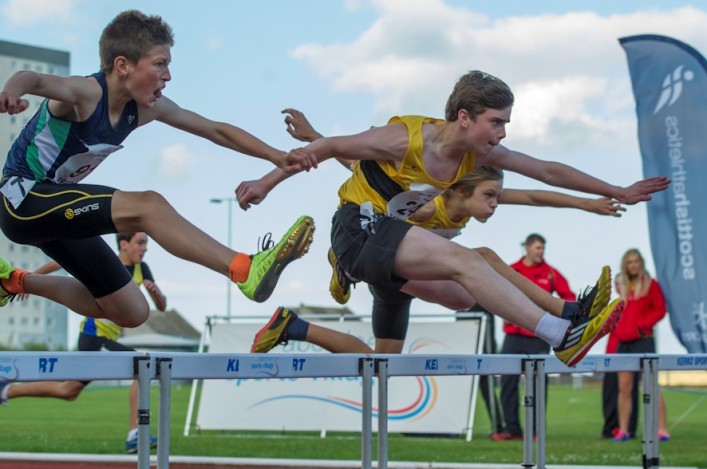