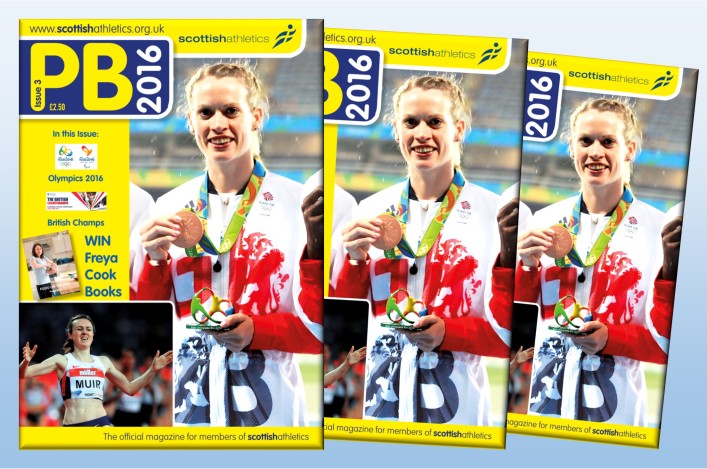 It has been a quite remarkable summer of athletics in Scotland – and the new edition of PB magazine seeks to try and capture that feel-good factor.

Rio had been on the radar for some time, of course, but huge Scottish presence in the Team GB and NI selections for the Olympics and Paralympics brought Brazil into sharp focus.

From the British Champs at Birmingham to the European Champs in Amsterdam to the Olympics themselves and then Grangemouth for Scottish Champs and the Manchester International there’s been so much ground to try and cover in track and field in the this issue.

It’s pretty much impossible to cover everything (and the Paralympics had only just opened as we went to publication) but the magazine includes our Education Section and our Grassroots Section – featuring five clubs; Inverclyde AC, Kirkintilloch Olympians, Kilmarnock Harriers, Banchory Stonehaven and VP-Glasgow.

And there’s a chance to win copies of the athletics cook book ‘Food on the Run’ by London 2012 Olympian, Freya Ross, who kindly shares some of her favourite recipes from the book. 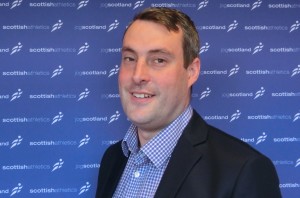 Interim chief executive, Mark Munro, writes in his column that as we look beyond this summer, it is important clubs keep creating a pathway for our elite.

‘It is only right at this point that we fully recognise and take the time to thank the personal coaches involved with those 15 athletes at the Olympics in Rio and six at the Paralympics.

‘If the athletes are putting in 25 hours + per week of training, the coach is dedicating at least 40+. This dedication and commitment is often taken for granted but the role is crucial. Thank You.

‘We should also recognise the coaching chain of those athletes from their starting point in grassroots athletics, as well as the role of their clubs. The environment has to be right to retain athletes in the sport and, again, anyone who has positively influenced those athletes over the last 20 years should also be congratulated.

‘So the work has to continue – 52 weeks a year – to create the kind of platform and pathway which allows Scottish athletes to reach elite level or be the best they can be.’

*In that PB column, Mark also reports on how scottishathletics are working with clubs and the relevant authorities to respond to issues around road races and policing costs. 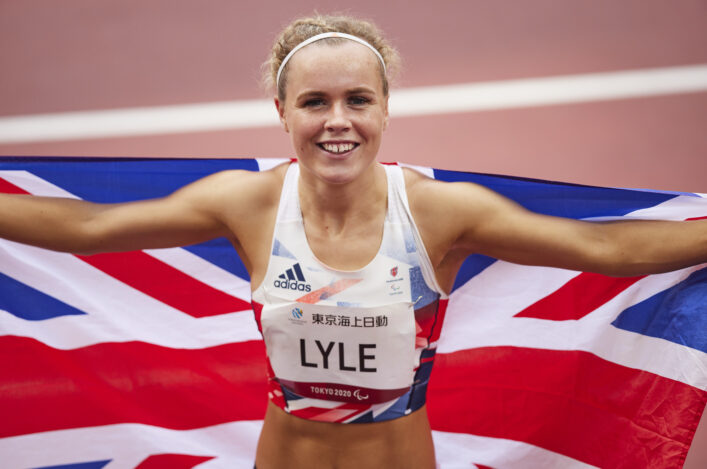