National Open is a big success 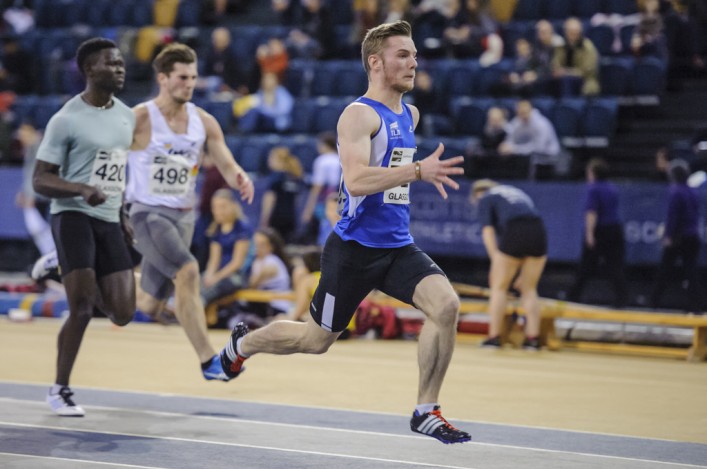 That was the over-riding verdict at the Emirates Arena on Saturday as the National Open once again played host to hundreds of athletes, coaches, officials and supporters.

Laura Muir set the tone early in the day with a very fine 800m win at 2.01.11 not far adrift of her own Scottish indoor record. It was a solo run from Muir, with her training partner Mhairi Hendry taking second place. Later there was a 400m PB, too, for Laura at 55.36.

There were PBs as the action un-folded for the likes of Commonwealth Youth Games medallists Ben Greenwood and Cameron Tindle – with Ben at 3.54 in the 1500m and Tindle taking his 60m indoor best to 6.91. 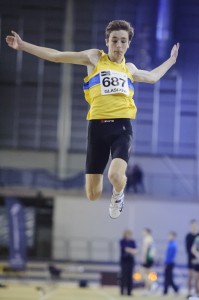 And one of the performances of the day came from Giffnock North AAC long jumper, Alessandro Schenini.

The National Academy member went beyond 7m for the first time and in so doing set a Scottish U17 long jump record – subject to confirmation. The previous best had been 6.96m held by Allan Scott since back in the late 1990s.

Giffnock were celebrating another superb display by Erin Wallace, as well. Erin’s 1500m run at 4.25.75 is certainly a ‘Scottish best’ performance for an U17 Woman – with the record held by Karen Hutcheson at 4.34 – but mixed races are not usually accepted for records.

There were other good performances too numerous to mention and the signs are good for another busy day of competition a fortnight later when the Scottish Seniors take place with the U17 Age Group Champs part of the programme for that day now, too. We’ve been delighted with the response to that event via entries (which closed last week) with around 475 athletes set to feature on the start-lists.

Remember, too, the Age Group Champs for U13s, U15s and U20s are being staged on March 4 and 6 and entries are being taken now online for those two days at the Emirates Arena.

As scottishathletics seek to further improve our communications, it was good to offer a ‘live results’ service from the National Open.

This follows on from trials last summer at track and field events and comes after hard work by our events team and officials (led by Alasdhair Love, Events Manager, and photo finish official, Janet Nixon).

We feel this is a great service to the athletics family in Scotland and fits with our policies in terms of communications in trying to give the best profile and promotion around national events.

Check the results on the link here:

*Once again can we offer a huge thank-you to the hard-working scottishathletics officials who were on duty at the National Open. The help is once again appreciated by all involved. 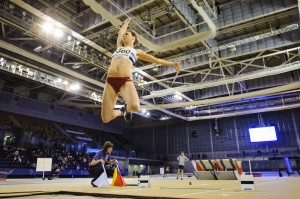