‘A moment of opportunity’ – Maguire

Stephen Maguire leads Scotland’s track, field and marathon team into the Commonwealth Games hoping our 58-strong squad can ‘perform on the day’.

It has been one of the main messages of Maguire’s two-year tenure as Director of Coaching with scottishathletics.

As Hampden fast approaches, he reflects in this blog post on a moment of opportunity for Scottish athletes at a Home Games, while stressing that with 30 of those selected aged 23 or under, Glasgow 2014 may prove part of a significant learning curve.

‘We’ve enough talented athletes that we may be able to meet the ‘medal target’ of more than two, but you have to temper that as well with the quality of what this year’s Commonwealth Games is going to be like.

‘People are competing with smiles on their faces and they’re really keen on getting things right in these last few days.

‘If you look at men’s hammer for example we’ve guys that are right there, women’s middle distance as we have women who are ranked highly and Libby Clegg in the T12 100metres.

‘But I probably wouldn’t discount anyone, they’ll all be bringing their own specific goals to the games and I think if they are able to achieve their goals then things will be right.

‘There are 58 athletes there who are selected; 58 athletes who are different ages and at different stages of where they need to be.”

‘We’ve some very good younger athletes, where this is a magnificent opportunity for them in preparation for Gold Coast in 2018.

‘Jake Wightman for example; its brilliant Jake has been able to grab a place on the team in a very difficult event, the 1500metres. He will do really well here and run up to form, but this also is a really good grounding for him ahead of 2018.

‘I think being honest with you there will be some people who handle it really well and step up, but there are others who will be a little bit frightened and some may not perform as well as they can do, but that’s the reality of elite sport. I think a big part of our job is to make sure that we can adequately support all that.

‘The message I would put out is that probably in the careers of these athletes it is a one-off opportunity.

‘They are competing in Glasgow and in a Commonwealth Games in their home country and that’s not going to happen again in their athletics careers. I think if they really grasp it, grab the opportunity then they can thrive off the intensity

‘Scottish people are absolutely crazy about sport and the support I have been given and the team has been given since I came into the country has been first class.

‘I’m moving on myself but one of the big things is that we are very much a joined-up sport now. From a coaching perspective, right from development straight through to performance, everybody knows where everybody’s at.

‘There are shared discussions, shared visions and shared philosophies of how we can help the clubs, the athletes and the coaches be the best that they can be.

‘But we have good staff there and whoever comes into replace me, he or she has a very good job.’ 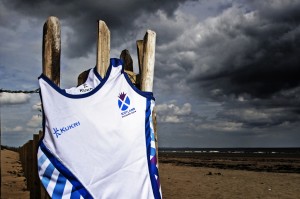 A version of this first appeared on the Herald website Commonwealth Games section by athletics blogger, Niall Murray.