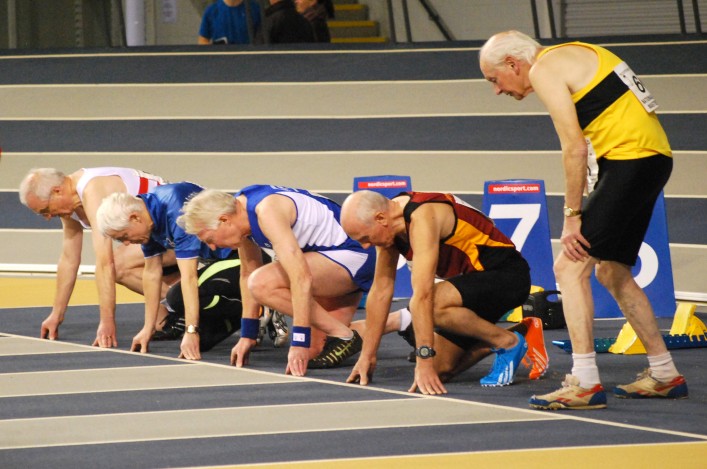 All the Results from Emirates Arena

The roar of the crowd and the smell of embrocation greeted athletes and spectators alike at this year’s National Indoor Masters at the Emirates Arena on Saturday.

Given the snowbound conditions at the Masters Cross Country in Kilmarnock, those who traded the track for the tundra were rewarded with some impressive performances.

And whilst the occasional groin strain or tweaked hamstring brought some runners up short (in some cases rather a long way short), frostbite was never an issue for the hardy souls in singlet and spikes.

The relaxed, encouraging and friendly atmosphere belied the gritty focus of athletes who were determined, if not to beat their best time, to still give Old Father Time a darned good thrashing. And thrash him they most convincingly did (in most cases).

The sheer spread of vintages involved in the competition, from those who could still give those youthful seniors a run for their money, to those for whom it was the finishing, if not simply the taking part, which was the main aim, ensured a varied and compelling programme.

If there were more flasks of tea and home baking amongst the participants than in the crowd, it mattered not a jot.

Every athlete was richer for the experience, (especially those with free bus passes) and the chance to rekindle old rivalries, perhaps slightly dimmed but nonetheless hard-fought, was embraced with a gameness and a gusto which would have put many younger athletes to shame.

The temptation to focus on individual performances must be resisted – the beauty of this event is in its spirit, its warmth and its camaraderie.

Athletics at its very best is a sport where, on the track, in the run-up or the throwing circle, no quarter is asked nor given, where the sinews are stiffened and the post-race handshakes are firm and heartfelt.

On Saturday at the Emirates Arena, all that was good and true about our sport was on show. ‘The Masters’ are well named.

*Many thanks from all at scottishathletics to the clubs and athletes who supported the Masters Track and Field event and, in particular, well done to our hard-working officials who are making a big commitment during a very busy period of both indoor and cross country events. 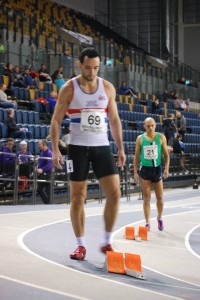