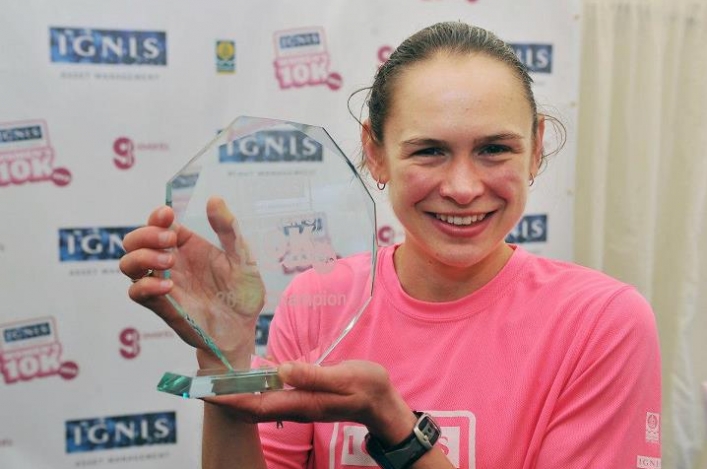 Q: Has Steve Jones helped you after 2012 Olympics didn’t go to plan?
A: ‘I’ve had a difficult few years with injuries. I’ve just been trying to overcome each one as its come along.

‘Definitely I’d have liked to have run a bit quicker in that sense and moved on from there, but my quickest time has still been from London in 2012. I want to get back to being in that shape again and hopefully go quicker than that.’

Q: Talk us through those injuries
A: ‘Since 2012 I’ve had four stress fractures, so its been a little bit one thing after another. I suppose it’s only really unlucky that its been a series of them, but also each time I’ve overcome one of them I’ve got back to a level where I’ve been getting back to where I want to be.

‘Getting back into racing has helped keep motivation up there and make me think ‘yes, I can get back to where I want to be.’

Q:  Will you be running with Susan Partridge? Same coach, same aims . . .
A: ‘We’ve run together before, its never been something we planned out. ‘Everyone’s (British women) going to run together aren’t we?’

Q: Are you optimistic?

A: ‘I’m pretty happy with how things have gone. I’ve been out in Boulder and did my prep there and that went really well.

‘I did a half marathon in Prague a few weeks ago – that kind of gave me an indication that things were going alright.

‘I was pretty happy with Chicago as well, that was a good run for me. That was a shorter build-up to come into that with slightly lower mileage. It’s a bigger build-up than the build-up we had in Chicago so in that sense I’m looking forward to Sunday as well.’

A: ‘I had a coach before, John Montgomery, I was with him for 15 years, he’s a great coach. Preparing then and preparing now hasn’t vastly changed.

‘But I think the big change with Steve was more psychological than anything. He taught me to be more aggressive in races, to have confidence that I didn’t have before and I think that just came from having experience from major competitions and top level competitions.

‘I think that’s the change, being with Steve, and he understands as well that the coach-athlete relationship is not just about telling someone what to do and giving advice; it’s about understanding the person and seeing how they tick and changing the way you coach them based on their personality.

‘He coaches Freya as well, and if you asked Steve you couldn’t get two more different athletes but somehow he manages us both. I’m sure the way he talks to us changes. It’s understanding that, there’s more to it than the mechanics of running.’ 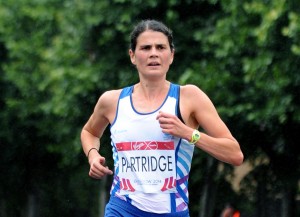 Q: Has Steve given you a gameplan for Sunday?

‘You have to be able to go into it and just have the confidence, be brave. If you’re feeling it then go for it. I’m a fairly experienced athlete, I still get it wrong and I might on Sunday but I think now I’ve got a fair idea of when to go for it and when to not, or even making a decision that I know might be a bit of a risk but deciding to take it anyway.

‘I think splits and specific gameplans are not really Steve’s thing other than run as hard as you can for as long as you can, which is good advice.’