Laura Muir came up with her second fastest 1500m run ever in Italy on Thursday night – as she finished third behind Sifan Hassan and Faith Kipyegon.

Eilish McColgan took sixth place in the race with a Season’s Best run of 4:02.12 after her 10,000m exploits last weekend.

Beth Dobbin also stepped into the Diamond League arena as she took on the Women’s 200m which featured a superb win from Dina Asher-Smith in 22.06.

Beth for her part clocked 22.88 to take fifth place in a race which saw Dutch athlete Dafne Schippers finish in sixth.

Well done to Laura and Eilish on very strong runs in a high class field and also to Beth.

On the previous night, Jemma Reekie had made it 11 wins in her last 13 races at 800m with a Meeting Record run in France.

Jemma won the Marseille meeting in 1:58.41 – winning by almost two seconds on the night and for the third time in a week in three different countries.

We feel it’s important we in athletics in Scotland don’t get indifferent or underwhelmed by this kind of success – from club athlete a number of years ago at Kilbarchan AAC to the very top echelon of our sport globally. It’s awesome and bodes well for the future.

And it also spells out very clearly the pathway from, say, GAA Miler Meet or Scottish Age Groups Champs or England Athletics Age Group Champs, for those who can forcibly combine hard work and talent.

The top class performances keep on coming – on either side of the globe.

American-based sprinter Nicole Yeargin nailed down an Olympic qualifying standard in the Women’s 400m with a new PB of 50.96 to reach the NCAA final.

That elevates Nicole, whose mother is from Dunfermline, to third in the Scottish all-time list behind Record holder Allison Curbishley (50.71) and Lee McConnell (50.82).

Well done Nicole and her family and coach! 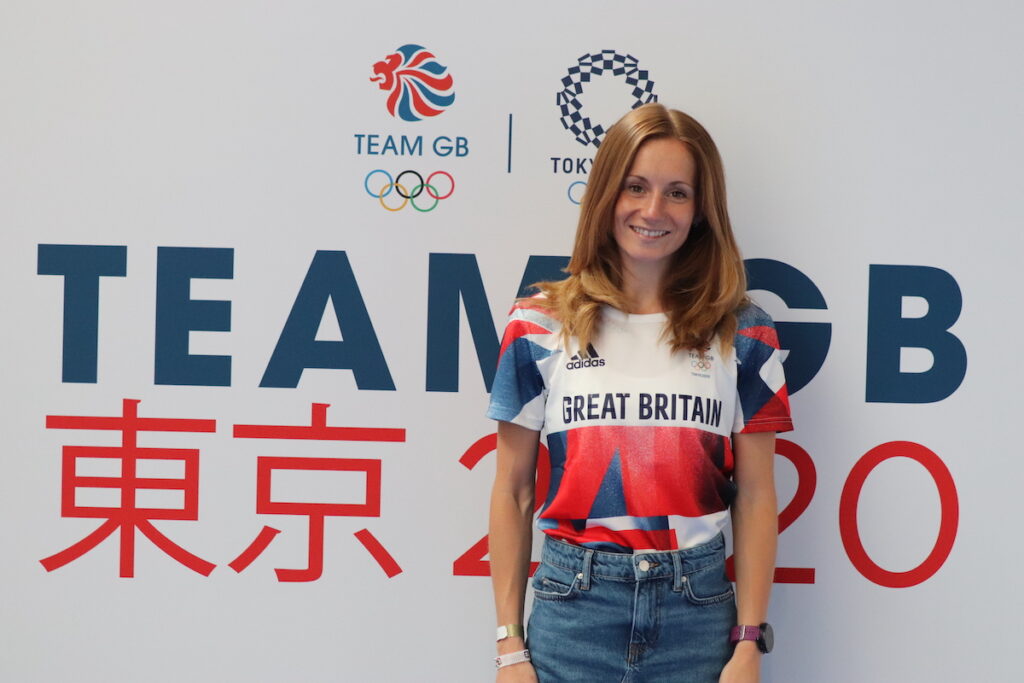 Steph Davis is getting ready for her first Olympics, and also the first time she has worn the GB vest.

The Clapham Chaser wil head to Japan with a PB of 2:27.16 – achieved at the Trials in London’s Kew Gardens at the end of March – and looking forward to the fourth marathon of her career.

It has undoubtedly been an exciting few weeks, and will continue to be. As Steph collected the Team GB and NI kit, it started to feel more real that, in just under 60 days, she will be on the start line for an Olympic marathon.

‘I still have to pinch myself to realise it’s actually happening! Coming here today has definitely helped cement that, it’s been awesome going round and trying on all the kit, I feel like a little girl trying on fancy dress clothes!

‘It’s all a bit mad, but seeing the Team GB branding really helps to cement it as real.’