Jemma Reekie came up with the biggest moment of her career so far – as she landed British and Scottish Records in an Invitational 800m race in Glasgow.

The Emirates Arena crowd could barely contain their excitement as Reekie, a double European U23 champion on the track last summer, surged beyond Laura Muir on the last lap.

Jemma duly clocked a remarkable 1:57.91 to get inside both Muir’s Scottish National and Native Records, subject to ratification, and also eclipse a run by Jenny Meadows as the British best performance for 800m indoors at 1:58.43.

With the like of GB international Adelle Tracey and Canadian Gabi Debues-Stafford, a World Champs finalist in the 1500m last summer alongside Laura, there were a few ‘scalps’ there for the Kilbarchan AAC prospect.

Jemma tweeted later: ‘I don’t even know what happened out there. I need to try and process this. Thanks for all the lovely messages.’

Many congratulations to both athletes, their families and coach Andy Young.

Further back in a race which was paced by Philippa Millage, there was a PB for Erin Wallace at 2:05.68 – taking a second off her previous best for 800m indoors. 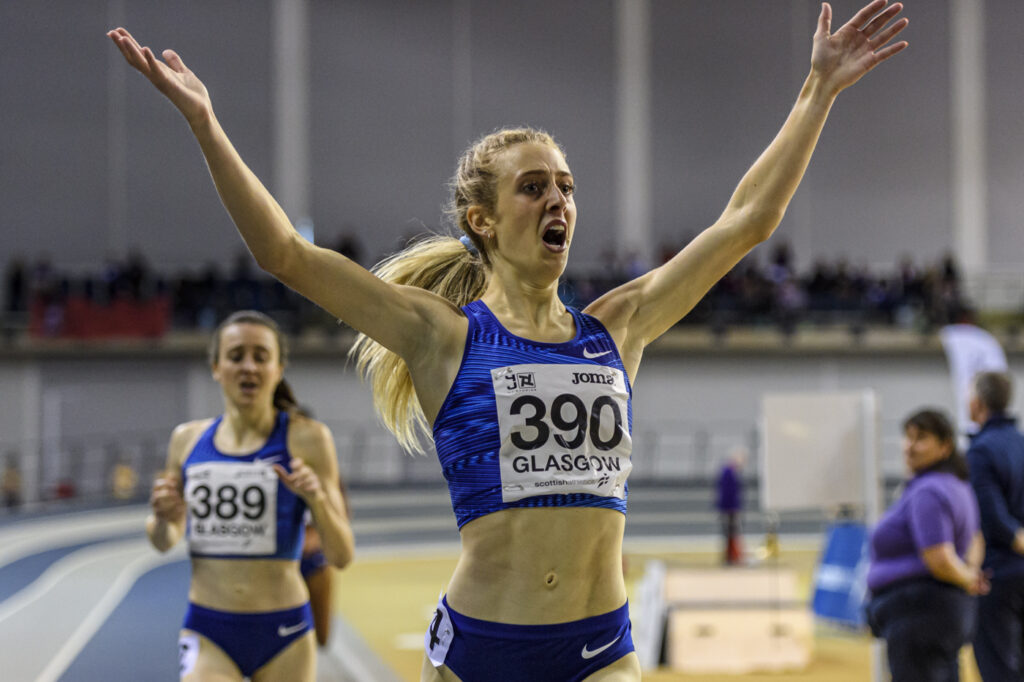 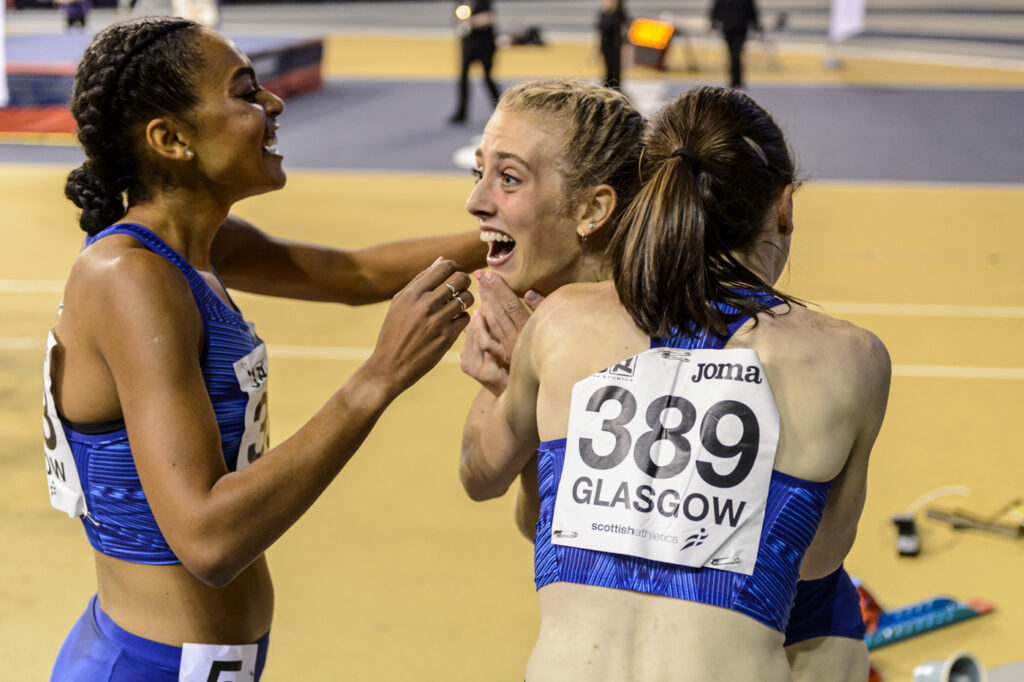 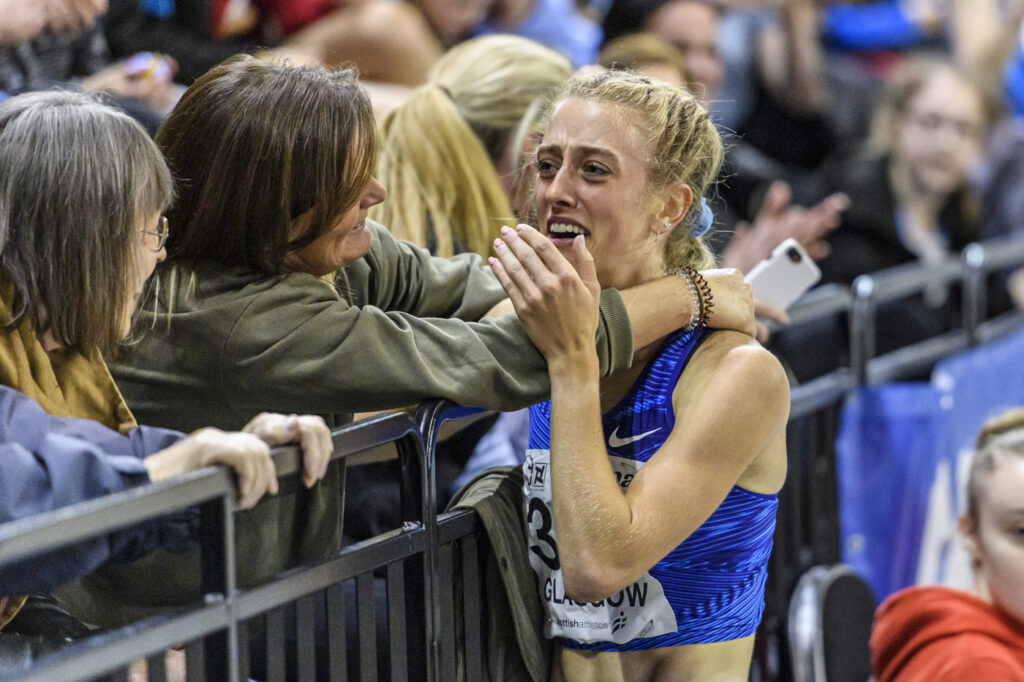