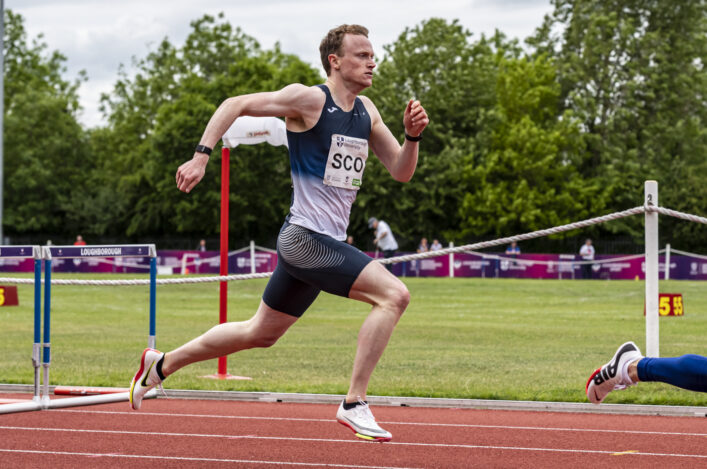 Jack Lawrie is the latest Scottish National Record holder in the Men’s 400m Hurdles – after a superb run in Austria.

Just two weeks short of five years on from his last PB in mid-June 2017, Jack clocked 50.07 at the race in Eisenstadt to take down a mark which had stood for 21 years (subject to the ratification processes).

And even that fine show wasn’t quite the final highlight of an inspirational Thursday as Eloise Walker clocked another Commonwealth Games qualifying standard in the Women’s 5000m to add to strong performances in jumps and throws at Bedford.

Jack clocked 50.25 five years ago with the 400m Hurdles Record held by Charles Robertson-Adams just one hundredth of a second faster at 50.24.

Little did the Fifer know then that it would take so long to eclipse that run with injuries and Covid-19 interupting his progress.

‘I’m really chuffed to get the Scottish Record after waiting so long,’ said Jack, who came through the ranks at Pitreavie AAC and is coached by Jared Deacon.

‘I didn’t think it would five years after getting to within 0.01 seconds of time. I’m gutted I didn’t get the Commonwealth standard (49.87) on the night. I will keep trying for that over the final couple of weeks of the qualifying window.’

An hour or so after Grant Plenderleith, who clocked 21.24 for 200 at the same meet, had flagged up Jack’s run across social media channels, news came in of Eloise’s improved PB in the 5000m in France.

The Glasgow Uni/Edinburgh AC athlete had already run inside the standard but a 10-second PB of 15:31.26 was a fine performance. 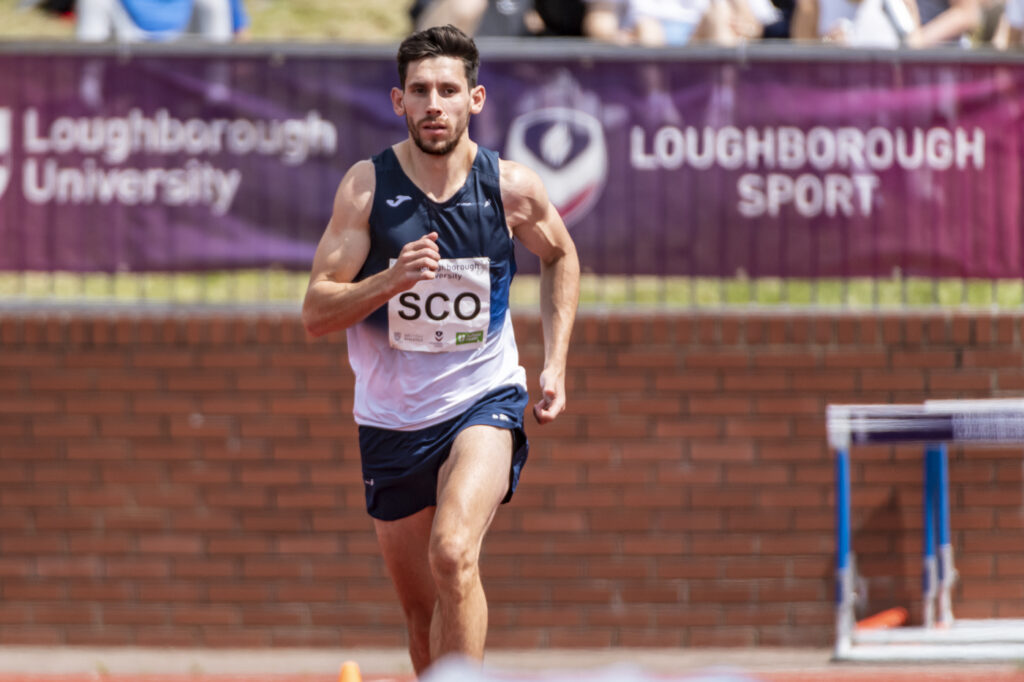 In Bedford at the BIGish Jumps and Throws meet, meanwhile, high jumper David Smith cleared 2.25m for a Season’s Best performance and get close to his PB. Will Grimsey cleared 2.19 for SB, also.

Nick Percy won the discus competition with 61.42m to continue his good form.

At that same meet, there were excellent throws performances by two of our 4J National Athletics Academy athletes.

Meghan Porterfield threw a new Scottish U17 Record in the shot with 15.25m (subject to ratification).

Many congratulations to Meghan, her family and coaches Henry Hunter and Alison Grey.

And Paige Stevens threw 15.79m in the shot to land a GB and NI qualifying standard for the Euro U18 Champs coming up in Israel later this summer. Well done! 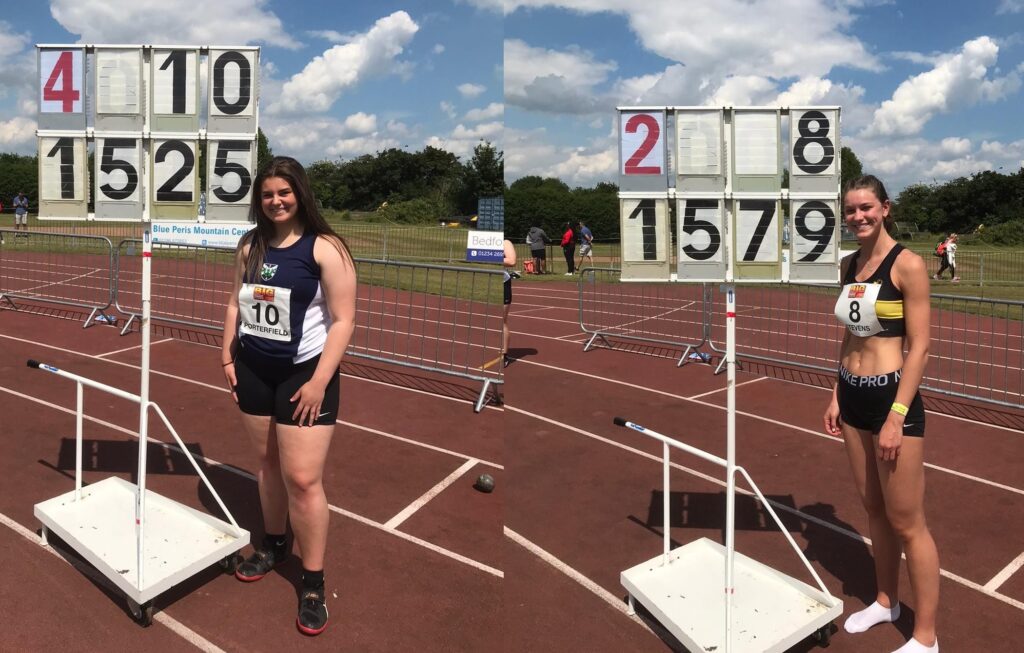