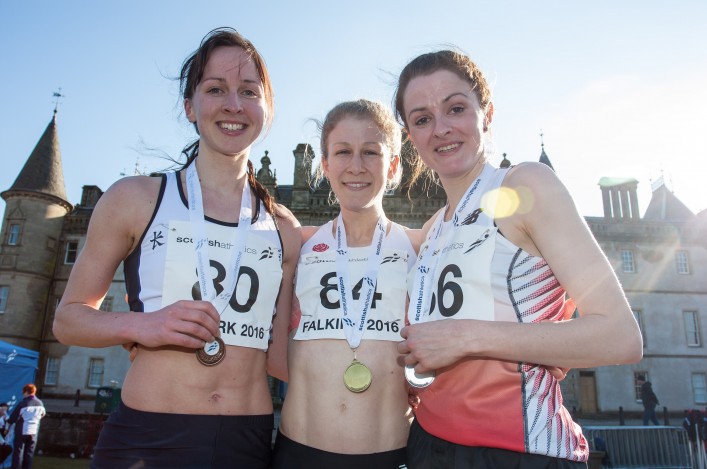 So how did Scotland’s Senior medallists from the Home Countries XC International warm-down on the day after they stepped onto the podium?

With hill runs, obviously, as both Andy Douglas and Sarah Inglis joined a scottishathletics Hill Running Training Camp for the rest of the weekend directly after their fine efforts at Callendar Park.

Douglas for his part has his sights set on the European Mountain Running Champs in Italy later this summer after finishing sixth in the 2015 World Champs in Wales for GB and NI.

‘The Europeans are this summer and Italy has to be my main target for the moment,’ he said.

‘it is an up and down champs this time so hopefully the speed I’ve been building on flatter cross country courses will help me for that. The first thing to do is make sure I qualify for the team, of course, and hopefully then can look towards the event itself.’

Women’s bronze medallist Inglis has had a hectic spell with cross country, road races and indoor track events this winter. And now Inglis, who has been working in teaching since she returned from University in Canada, is heading to America.

‘I’ve been given leave by my head-teacher so I’m off to Flagstaff in America for a block of training – I can’t wait,’ said Sarah, who tweeted about a hilly 13-miler at the Hill Running training camp on Sunday.

‘It means I miss the Scottish Road Relays which is a pity because it was great to win that at Livingston with Lothian Running Club. But it is a great chance for me to prepare for the summer.’ 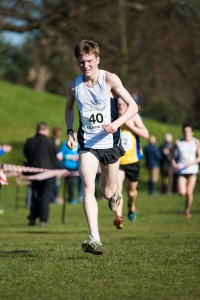 Scotland U20 international debutant Callum Symmons raced only 24 hours after representing his country at Falkirk – as he won the Run Garioch Eblast 5K.

The Aberdeen AAC and Edinburgh Uni Hare and Hounds athlete was a late replacement for Jonny Glen for the Home Countries XC international and finished 16th.

Symmons followed that up with 17.13 to win the 5K race at Inverurie.

‘I’d always planned to do Run Garioch and decided to stick with it despite having run at Falkirk,’ said Callum. ‘It completed a satisfactory weekend and I was pleased to run for Scotland at the Home International XC.’ 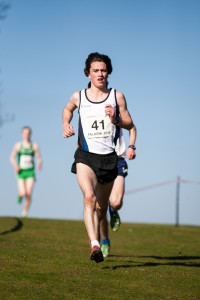 Pretty sure Euan Gillham will have put away the cross country spikes with a slight sense of relief come Sunday.

The GB international didn’t have his best run, by his own admission, at Falkirk to finish ninth in the U20 Men’s race. But perhaps it wasn’t a total surprise with Calllendar Park an 11th significant cross country outing of the season for Gillham.

Euan started out at the East Relays at Peebles and thereafter has raced at Cumbernauld, Bellahouston Park, Liverpool, Livingston, Holyrood Park, Antrim, Gloucester, Falkirk and Birmingham before the return to Falkirk. He has represented Edinburgh Uni Hare and Hounds, Kilbarchan AAC, GB and NI, Scotland West and Scotland in those races.

‘I think it is just been the year where I’m eligible for everything – including BUCS and Scotland at U20s,’ he said. Within those races were a fine performance for GB at the Great Edinburgh XC, victory in Antrim and a silver medal at the National XC. 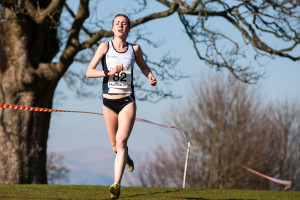 Well worth mentioning Mhairi Maclennan’s commitment to representing Scotland. The Inverness Harriers athlete is currently studying in Spain but flew home (at her own expense) to race to fifth place in the Senior Women’s race at Falkirk as Scotland’s second counter behind bronze medallist Inglis.

Mhairi had raced in the Spanish National XC the previous Sunday where she finished 23rd overall and second U23 and also a 10K the previous week.

It is entirely possible a warm March afternoon in Falkirk provided better conditions than the week before.