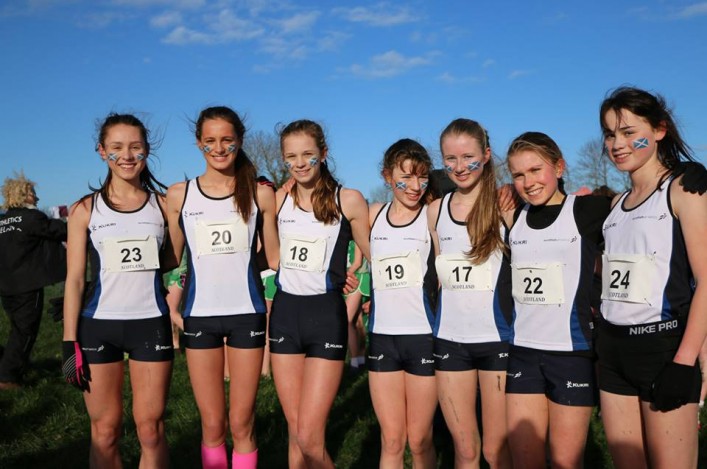 Scotland teams came home with five race wins out of six at the Celtic XC event in Ireland on Sunday.

There really were some fine performances at Dunboyne, near Dublin, by athletes in the U23, U20 and U17 age groups.

Individual Celtic XC victories came the way of Max McNeill, Jonny Glen, Gillian Black and Laura Stark and there were a number of other individual medallists in addition to the rush of team golds.

(If you click on an athlete’s individual name on the results list, the link should take you to watch footage as they cross the line at Dunboyne).

In team terms, the victories came for Men and Women at U23, Men and Women at U20 and the Women’s U17 level. Indeed, that Women’s U20-U17 combined race saw Scotland take 1-2-3 in both the age groups and all eight selected athletes finished in the top 11 places! 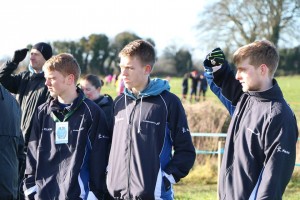 McNeill’s was a superb success as he won the overall Senior Men’s race, with the international U23 race tied-in with the Leinster XC races.

Max beat a couple of seasoned Irish internationals therein and there was a terrific sprint finish between Luke Traynor and Michael Ferguson for third in the Celtic XC race – with the Giffnock North AAC athlete winning by a single second. Cameron Milne completed the U23 Scotland team.

In the Women’s U23, Edinburgh AC’s Rachael Dunn was the best Scot at second place in the Celtic race. She was followed home by Mhairi MacLennan and Stephie Pennycook. Louise Mercer completed the Scotland four.

In the Men’s U20 race, Jonny Glen bounced back well from a disappointing run at the Edinburgh XC to win with Connor Maclean and Aidan Thompson not far behind. Euan Gillham completed the Scotland four.

The three U17 medallists – Stark, Wallace and Walker – were involved in dramatic sprint finish. Kilbarchan’s Laura was given the verdict after clocking the same time as Erin, with Eloise only a second behind! Nikki Miller completed the U17 team.

The U17 Boys found their race more competitive with Joe Arthur the best placed of the Scots ahead of Jamie MacKinnon. Oliver Watson-Sweeney and Adam Scott completed the four.

Well done to all the athletes, coaches and clubs on their Scotland selections and for performing so well in Ireland. Thanks to those who made the journey, either as team management or to support athletes. 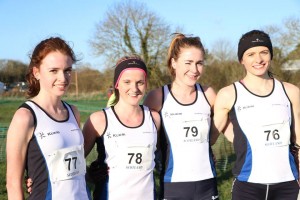 U23 Women at Dunboyne