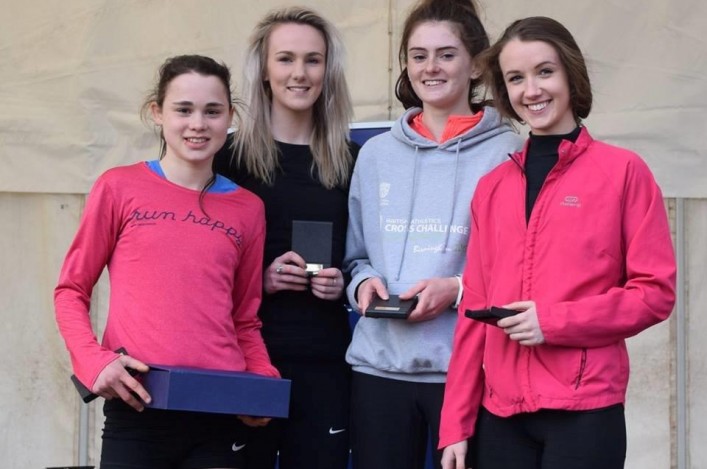 At a sun-drenched Cofton Park in Birmingham, Scottish Districts scored their best medal haul for many years at the Inter–Counties Championships.

Around 20 athletes came home with medals from a party of around 70 as no fewer than four Scottish teams took to the podium.

Anna Macfadyen also excelled for the North District with an individual 4th place. Scotland West’s Laura Stark was 10th in this race.

Not to be outdone, the West District U20 Women’s team equalled their victory in 2009 at Nottingham with Gillian Black (4th), Sarah Dempsey (16th), Kirstin Oakley (32nd) and Chloe Simpson (52nd) to the delight of the team manager John Rodger.

With the Districts encouraging one another, the East District U17 men led by Sol Sweeney in 3rd place and supported by Ben Greenwood (5th), Joe Arthur (25th) and Tristan Rees (30th) then made off with silver medals after a thrilling race. 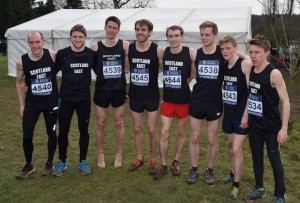 To round off the day, and for the second time in four years, the East District Senior men’s team combined well to capture the silver medals behind the North East.

With Scotland East’s Women having medalled for the past two years, it means Scotland have been represented on the Senior teams podiums for each of the past four years.

Running for VP-Glasgow, Lily-Jane Evans-Haggerty was one of the outstanding Scots of the day, winning the U13 Girls race.

*We will confirm Scottish success in the overall British Cross Challenge Series tables once those become available from British Athletics – but believe there were wins at U17 Men for Sol Sweeney (Perth Strathtay) and U13 Girls Kate Richardson (Giffnock North AAC). 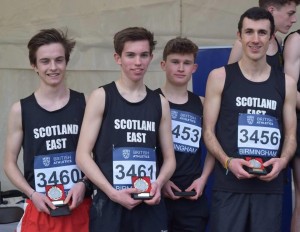 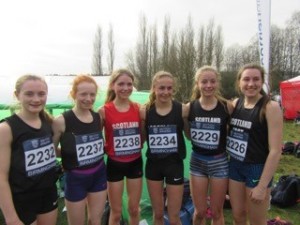 With many thanks for help with photos from Birmingham via Neil Renton, Andy Stark, Enid Johnstone and Alex Jackson.