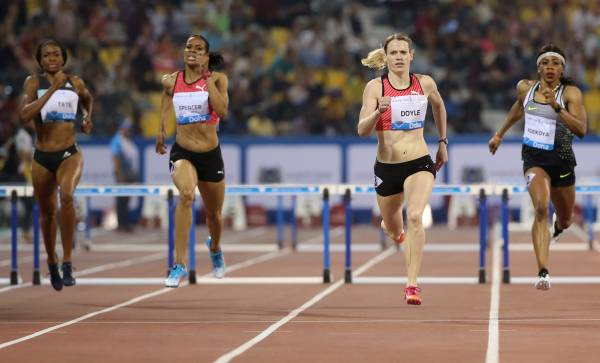 Monaco witnessed a new Scottish Record in the 1500m for Laura Muir last year – and this year it was the stage for a superb performance by Eilidh Doyle.

The Scottish 400m Record holder broke her PB from three years to run 54.09 and win a high-class Diamond League meeting race for the second time this season.

Doyle had started the night in second place in the overall Diamond League standings and this win repeated her success of Doha earlier.

It was back in 2013 in Birmingham that the Pitreavie AAC athlete clocked 54.22 for her previous Scottish record and recently she insisted she felt a new PB would be required in the Olympics if she is to get close to a medal.

There was real quality in the field, too, as Eilidh saw off the new European champion, three Americans and South African Wenda Theron Nel.

Many congratulations to Eilidh, her family, coach Malcolm Arnold and all involved in her development down the years.

Two other Rio-bound Scots were in action in Monaco, too, and the performances by Lynsey Sharp and Steph Twell were high-quality.

Lynsey went within four hundredths of her Scottish record with 1.57.75 in her second fastest 800m run ever. That took sixth place in a remarkable race.

And Twell was fifth in the 3000m with a new PB of 8.40.98. Steph was already fourth in the Scottish Women’s all-time list for this event and went within one hundredth of Kathy Butler’s time of 8.40.97.