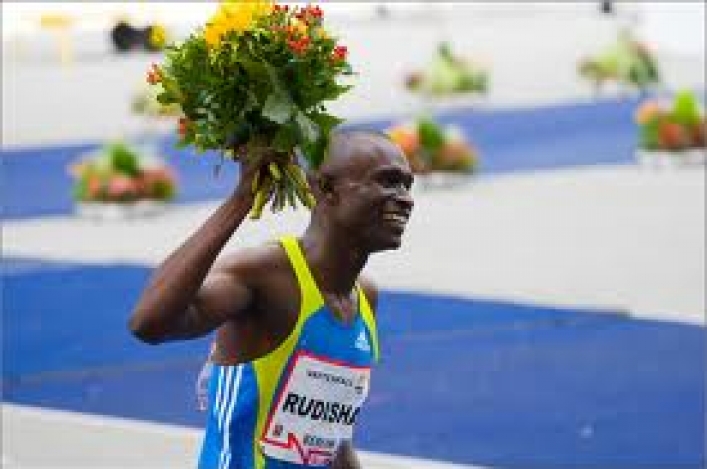 Olympic champions David Rudisha, Shelly-Ann Fraser Pryce, Carmelita Jeter and Ashton Eaton are just a few of the latest huge names to confirm that they will compete at the Sainsbury’s Glasgow Grand Prix at Hampden on 11-12 July.

The quartet will join 22 world champions and 25 Olympic and Paralympic gold medallists, which represents arguably the most impressive athletic line-up ever assembled in Scotland, just two weeks before the Commonwealth Games.

For those who missed out on Glasgow 2014 tickets, this is an unmissable opportunity to experience the world’s premier athletics series in the city – and there is a free child’s ticket for every adult ticket purchased.

Rudisha, making his first appearance in the UK since breaking the 800m world record on his way to Olympic gold at London 2012, marked his return to form with his triumph at the New York Diamond League last weekend.

‘I haven’t competed in the UK since winning gold at the Olympics, so to return to the big stage for the Sainsbury’s Glasgow Grand Prix is something that I’m really excited about,’ said the 25-year-old.

‘Winning gold at the Olympic Games and being the first ever athlete to go below the 1:41 barrier is my biggest achievement to date, but I know that my competition will be looking at me as the one to beat.

‘Having only just returned to track action, my victory at the New York Diamond League has given me a lot of confidence and something which I will take with me to Hampden Park.

‘With the Commonwealth Games just around the corner, the Sainsbury’s Glasgow Grand Prix will give me the best possible preparation and a field, which will include not only the best athletes in the Commonwealth, but the world, too.

‘To see an event that is attracting 18 Olympic and 18 world medallists shows how strong the line-up is going to be and I know I will have to perform at my best to secure another victory on the Diamond League circuit.’

Carmelita Jeter, the second fastest woman of all time over 100m will return to the UK after winning the complete set of medals at the London 2012 Olympic Games.

The American, who won 4 x 100 gold, 100m silver and 200m bronze in Olympic Stadium is excited at the prospect of running at one of the best line-ups staged in the UK.

The 34-year-old said: ‘The Sainsbury’s Glasgow Grand Prix will be one of the first meets of my outdoor season and I’m looking to put on a good show for the crowd in July.

‘Even four weeks out, we have multiple Olympic and world champions confirmed for the event, which shows how high the standard will be and something which I will relish being an athlete that thrives on the big stage.

‘With the standard of women’s sprinting improving all the time, I’ve got to have my eyes on all seven of the athletes that line up against me on the start line at the Sainsbury’s Glasgow Grand Prix.

‘The British crowd always treat me as one of their own and that is the main reason why I keep on coming back year after year.’

Arguably one of the most decorated athletes of all time, Eaton not only won gold at London 2012, but also triumphed at last year’s World Championships, before going on to defend his World Indoor heptathlon crown in Sopot in March.

With no major championships scheduled for the 26-year-old this year, Eaton has opted to test his hand at the 400m hurdles this year, and will be looking to take the scalps of another world-class field at the Sainsbury’s Glasgow Grand Prix in July.

Integrated into the IAAF Diamond League meet will be a series of para-events, which will star the likes of London 2012 gold medallists David Weir, Jonnie Peacock, Hannah Cockroft as well as Paralympic silver medallists Libby Clegg and USA’s Richard Browne.

Tickets for the Sainsbury’s Glasgow Grand Prix at Hampden Park on July 11-12 are available from British Athletics.