Deep sadness descends on two of our clubs

The athletics community in Scotland has been hit dreadfully hard over the past couple of days by two deaths.

Derek Parker was a long-standing coaching stalwart of Kilbarchan AAC.

Everyone at scottishathletics would like to send their deepest condolences to the families and friends of both Derek and Heather and the all at the clubs involved.

Derek Parker had coached for a number of years and international athletes who came under his guidance included Bobby Quinn, Claire Gibson and Hayley Haining.

Mike Johnston, performance manager with scottishathletics, said: ‘Derek will be sorely missed by everyone across the athletics community in Scotland as he was a well-known figure for so many years.

‘It will be particularly hard at the moment for all the athletes that he coached at various stages.

‘He was a stalwart with Kilbarchan AAC and gave tireless service to the sport, athletes and his club.

‘He’s been known more widely known around Britain for his coaching work with a trio of international athletes.
He developed Bobby Quinn into a multi-discipline international athlete and guided the career of Claire Gibson, who went to Delhi for the 2010 Commonwealth Games with Scotland.

‘Derek also coached Hayley Haining, who went to Melbourne in 2006 and now has been selected for Glasgow 2014 for the marathon.

‘All of us at scottishathletics send our sympathy to Derek’s family, his friends and the club at this sad time.’

Derek’s funeral will be held on Thursday 5 June at 12 noon at Woodside Crematorium, Paisley.

Heather Still, who died tragically at a Glasgow train station on Tuesday, was involved in Giffnock North’s youth section.

Her older sister, Holly, is a promising endurance athlete and represented Scotland at the Virgin Mini Marathon in London in April.

Nigel Holl, chief executive of scottishathletics, said: ‘It is truly awful that such a young life has been lost.

‘We offer our deepest condolences to the Still family and all at Giffnock North AAC.

‘Our thoughts with them and I’m sure the athletics family in Scotland will feel deeply for the Stills and everyone close to them.’

A statement on the Giffnock North club website read: ‘The committee, coaches, athletes and all connected with Giffnock North AAc extend their deepest condolences to the Still family. Our thoughts are with you. Heather will be sadly missed and fondly remembered by her team-mates and coaches, and the many parents and friends of the club.’ 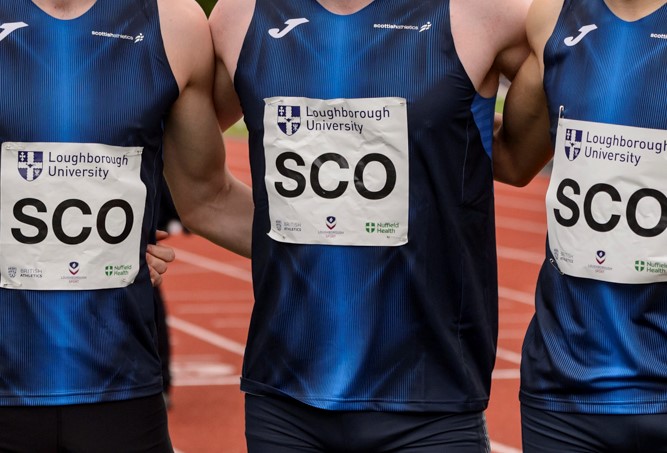