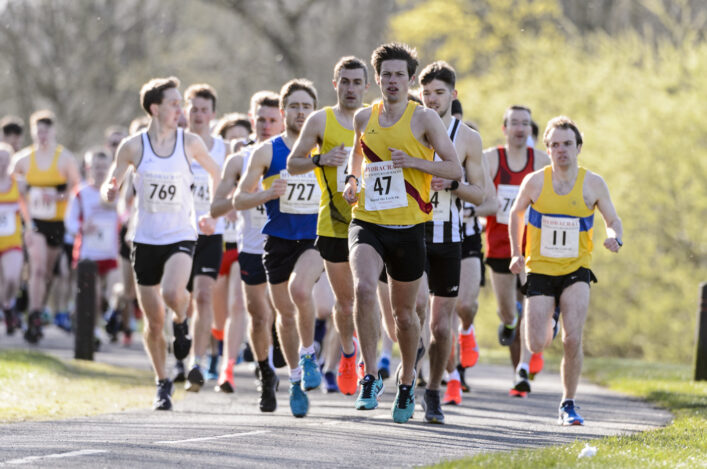 The event had once again enjoyed strong entry levels with over 400 runners taking to the start line at 10am on a bright Sunday morning.

The winner of the Men’s gold was Lachlan Oates of Shettleston Harriers in a time of 49:15 mins. Oates, the reigning Scottish champion over 5k, added the National 10 Mile title with victory by 41 seconds and with it took the coveted Tom Scott Trophy.

Michael Crawley (Corstorphine) won the silver medal to add to his bronze from 2015 with a time of 49:56 mins, whilst former champion Craig Ruddy (Inverclyde) returned to finish in third in 50:02. 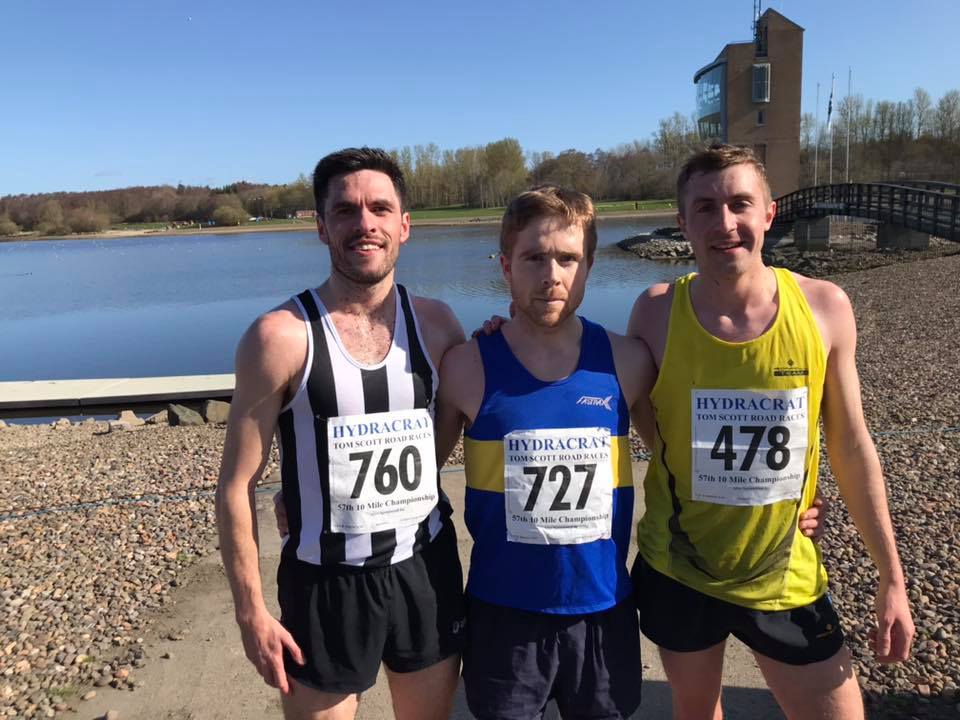 The Women’s National title and the Granville Trophy were claimed by Elspeth Curran of Kilbarchan.

Curran, who has enjoyed a fine cross country season, claimed her first National 10 Mile title and the Granville Trophy in a time of 56:00 mins.

In second place, and claiming a first national medal, was Fiona Brian (Metro Aberdeen) in a time of 56:35, ensuring she finished ahead of third-placed Avril Mason (Shettleston) by 28 seconds.

It was double success for Kilbarchan as the efforts of Curran, Christina Rankin and Catherine Stewart were rewarded with National 10 Mile gold medals and Anna Poulton Trophy for first Women’s team. 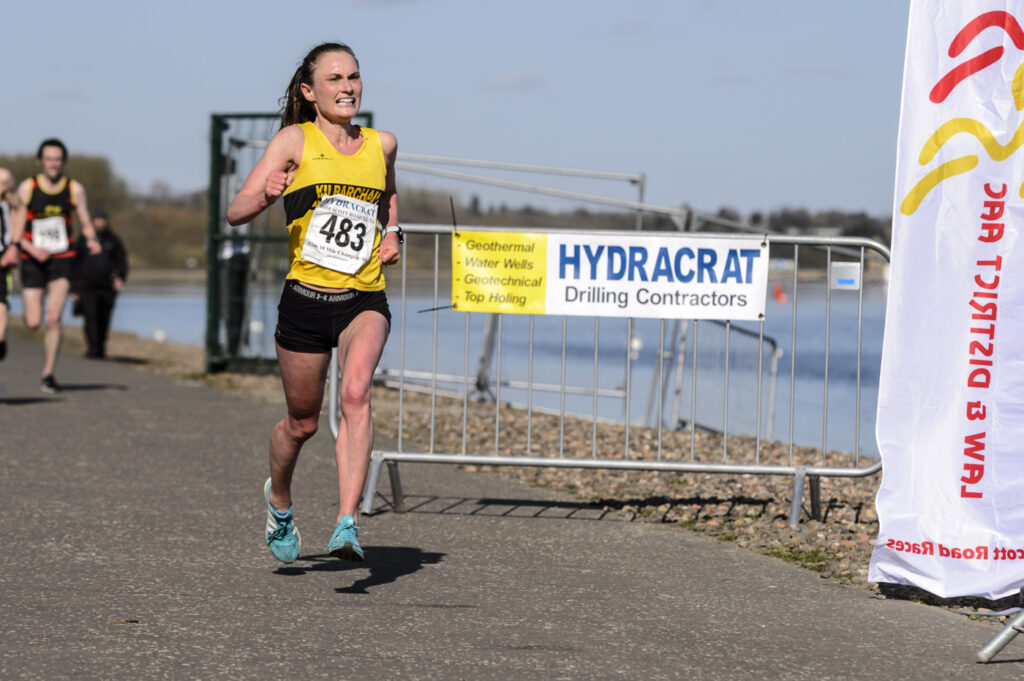 ROUND THE LOCH 6K

There was success in the Round the Loch 6k for Inverness Harriers, with Stephen Mackay victorious in 19:15 mins, ahead of Adam Hay (Inverclyde) in 19:50 and James Gillon (Law & District) in 19:57.

The Women’s race was closely contested – the top three separated by just 17 seconds. Coming out on top for the second time in three years was Jill Knowles (Scottish Prison Service) in 22:38 mins, edging out Holly Thompson in 22:45 and Charlene Manley (Shettleston Harriers) in 22:55.

Team prizes in the Round the Loch 6k went to Motherwell AC men and Shettleston Harriers women.

The Tom Scott Memorial Road Races would like to thank all the athletes, volunteers, spectators and officials who all played a vital role in making the day such an enjoyable and successful occasion.

The organisers would also like to thank main sponsor Hydracrat for their continued support and assistance in the organisation of the event.

The Road Races would also like to thank Co-Op Funeralcare and Tunnocks for the provision of supplies at the finish area, ensuring athletes were provided with race supplies on the day.

A final thanks to StuWeb, scottishathletics, St Andrews First Aid, and finally to the Strathclyde Park staff for all working to benefit the running of the event. 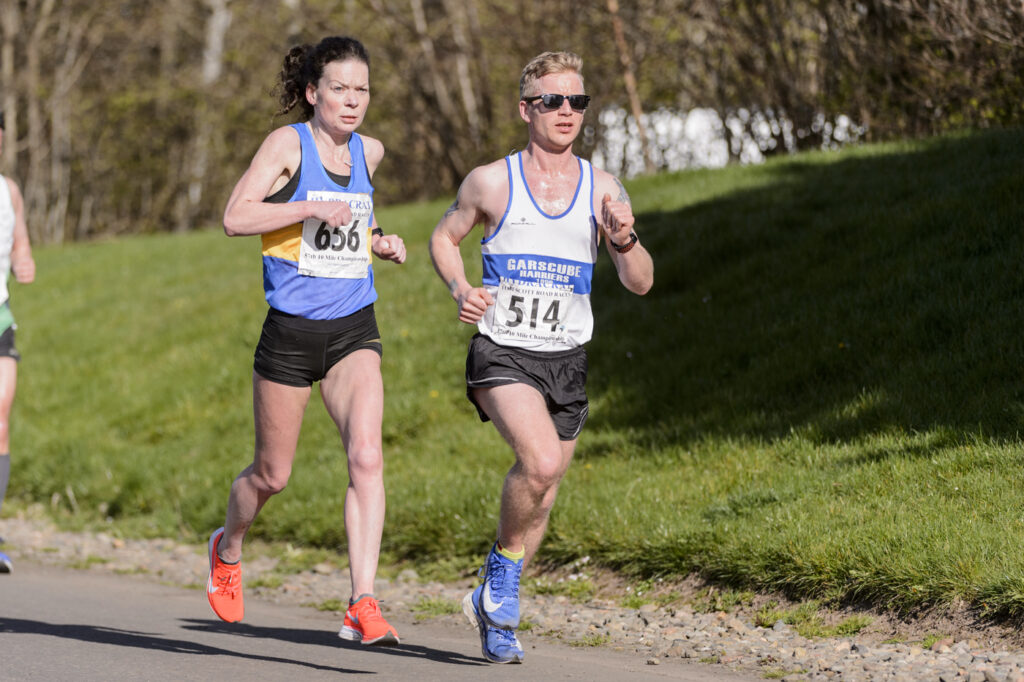