scottishathletics will welcome a world-class coaching line-up to the National Coaching Conference on September 26/27 2015 at the Emirates Arena, Glasgow.

We’d a very successful conference at the same venue back in September 2014 when around 300 coaches signed-up.

If you are a club coach, development coach, performance coach, or a coach working with disability athletes, then this conference has something to offer you.

Topics covered will include technical development, planning and conditioning for coaches working with everyone from club athletes through to our elite.

Neil Black, the British Athletics performance director, will be one of those leading on a weekend which will feature seminars, practical sessions and workshops. International coaches will be presenting and among those will be: 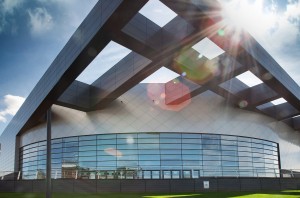 We introduced Boo Schnexnayder in a previous story  on the website, so now here’s a short summary about Jonas Tawaiah-Dodoo.

Jonas Tawiah-Dodoo was a part of the UK Athletics Apprentice Coach programme in the four years prior to the London 2012 Olympics, working with world renowned coaches Dan Pfaff and Stuart McMillan. His experience in sport is not limited to athletics, as he has worked with rugby for several years.

Since graduating from the Apprentice Coach programme, Jonas Tawiah-Dodoo has been working closely with a number of talented young sprinters, with his most recent prodigy Chijindu Ujah (9.96 for 100m and 6.53 for 60m). Ujah, the 2013 European Junior 100m champion, is the youngest Briton to break the 10-second barrier.

He started out coaching within elite rugby. He has worked with numerous England internationals, from Charlie Sharples to Jonny May, and currently acts as a consultant for the Bath Rugby team. After London 2012, Jonas set up Speed Works, providing future Olympic and Paralympic athletes a systematic approach to coaching and well-being. Jonas currently coaches five of Britain’s top 10 sprinters.

Jonas is the head of performance for his training group ‘Speed Works’.  The goal of Speed Works is to provide integrated support for talented athletes exiting the junior ranks and thus transitioning talented junior athletes into high performing seniors, which is one of the key themes of scottishathletics National Coaching Conference at the Emirates Arena on September 26/27.

At the conference, Jonas will deliver a presentation on his philosophy of speed development and a number of practical workshops on acceleration and high speed mechanics.

*Places for the weekend cost £25 for scottishathletics coach members and £50 for non-members (overall cost for weekend, not per day) 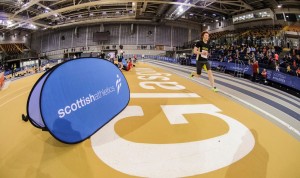