Central rule the roads in Stirling 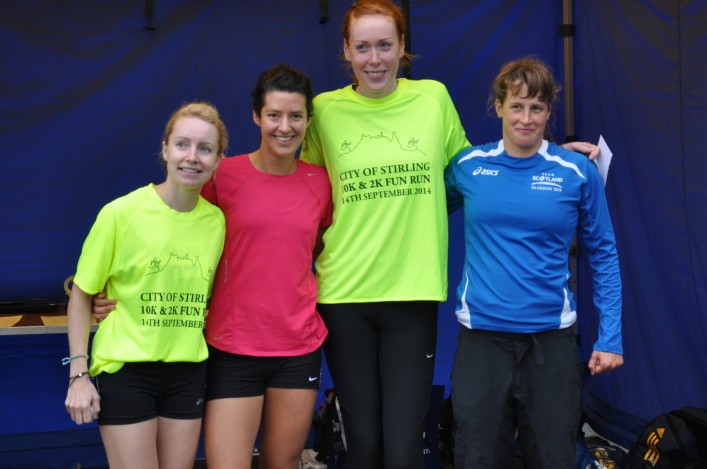 Central AC are often the dominant force on the Scottish road running and cross country scene and it was ‘business as usual’ in many respects in Stirling on Sunday. The club hosts the Stirling 10k which doubles as the Scottish Championships for the distance and Central duly picked up a number of individual golds as well as winning both the main team prizes. Andrew Butchart led the field home with a victory in the men’s race in 30.00 with Shettleston’s Tewolde Mengisteab taking second place and Mike Crawley of Corstorphine AAC picking up the bronze medal. Jennifer Emsley made it a Central double with victory in the women’s race. Jennifer clocked a new PB of 34.07 to win impressively from Fife AC’s Megan Crawford and Shona McIntosh of Hunters Bog Trotters. It was a similar story in terms of the Junior races with Central again winning both – Dale Colley taking the men’s title and Amy Hendry the women’s. Ronhill Cambuslang’s Kerry-Liam Wilson remains unstoppable in the Veterans’ category, however. A PB ensured a fourth title win in a row for Wilson with  Lisa Finlay  of Dumfries Running Club winning the women’s race in that category. ‘I was delighted to win and with a big PB,’ tweeted Jennifer, now third in the Scottish rankings for 2014. ‘Now the final countdown begins for the Loch Ness Marathon – two weeks and it will all be over.’ Butchart’s run was also excellent, only 14 seconds outside the Scottish rankings lead set by Tewolde at 29.46. The Loch Ness event doubles as the Scottish Marathon Championships and will be the fixture in the five-race scottishathletics Grand Prix series. We will update the Grand Prix in due course. With those individual successes, it was no surprise that Central AC took the team prizes for both men’s and women’s. The silver medals in the men’s race went to Shettleston Harriers with Ronhill Cambuslang taking third place. Fife AC took the women’s silvers with Edinburgh AC third. Results are online for the both the 10k itself and the Fun Run 2k which took place as well as the main event. scottishathletics would like to offer a big thank you to all those involved in once again organising a highly-successful Stirling 10k, with record entry numbers this year reflecting increased interest in the sport.

*Eilidh Child and  Lynsey Sharp featured in their final races of the season at the IAAF Continental Challenge in Morocco over the weekend. Child collected a fine second place in the 300m hurdles as she went close to her season’s best with a run of 54.42 as Commonwealth champion and Diamond League winner Kaliese Spencer again dominated. Sharp was fifth in the women’s 800 race won by Eunice Sum with the Comnmonwealth and European silver medallist clocking 2.00.80 in what she later described on Twitter as ‘perhaps one race too many but so pleased with my 2014 season’. Eilidh became only the fourth Scot to claim a top-three finish in the 37-year history of the Continental Cup as she joined luminaries like Allan Wells, Tom McKean and Yvonne Murray in an elite club. ‘It was my second fastest time of the season and I am really happy I had that in me,’ she told Simon Turnbull for the Herald. ‘It gives me something to work on for next year.’ 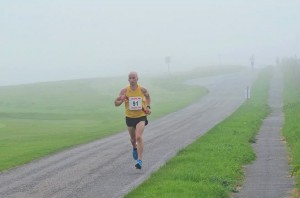 *Back on the road running scene and Inverness Harriers enjoyed a double success at the Golspie 10k which counted as the North District Championships for the distance. Donnie Macdonald defeated last year’s winner, Gordon Lennox of Forres, to win in 32.37 and the women’s gold medal went to club-mate, Sarah Liebnitz, following her 37.04 run. The other individual medallists were William MacRury of Stornoway in the men’s and Inverness duo Cat Fraser and Caroline Marwick. Results are on the East Sutherland AC website.