Callum Hawkins has joined Steph Davis in a 10-strong GB and NI team for the World Half Marathon Champs next month.

And Callum’s dad/coach Robert Hawkins, who heads our scottishathletics Marathon Project, will be team leader with British Athletics in Gdynia in Poland on Saturday 17 October.

World Athletics Championship marathon fourth placer Hawkins clocked the European and British lead of 60:01 in Japan back in February as he finished third at the Marugame International Half Marathon and makes his first appearance at the event since 2016 in Cardiff.

Hawkins joins British U23 half marathon record holder Jake Smith, who was third in 62:00 at the Vitality Big Half, and Mohamud Aadan in the men’s team.

Kristian Jones (Dundee Hawkhill), who clocked a personal best of 63:09 at February’s Barcelona Half Marathon, and world trail bronze medallist Tom Evans will also make their British debuts on the roads.

Charlotte Purdue clocked her European lead of 68:23 in Marugame, Japan, as she took second place in February was the first Briton home at the 2018 instalment of the championships, helping the British team to finish seventh in the team standings with an individual 21st placing in Valencia.

Purdue is joined by teammate from 2018, Charlotte Arter as well as Samantha Harrison, Stephanie Davis and Hayley Carruthers.

It is a GB debut for Scottish athlete Steph, who represents Clapham Chasers, and who recorded a PB of 71:15 for third place at the Vitality Half Marathon early in 2020. 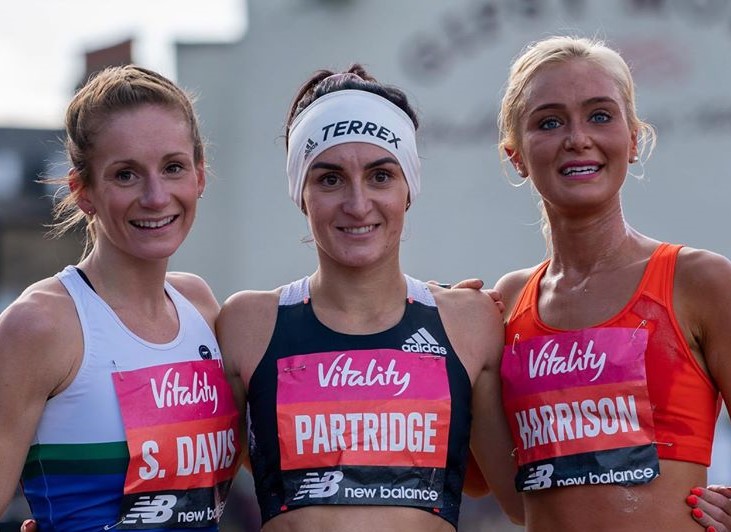 Team leader Robert Hawkins said: ‘I am delighted that we are able to name such a strong team for the rescheduled World Athletics Half Marathon Championships in Gdynia, Poland, next month.

‘The team has been revised following athlete withdrawals from the original team named for March’s championship.#

‘But I do feel we have been able to add a good blend of international experience to those that are making their first appearances on the roads for GB and NI.

‘I am hopeful that the full team of 10 we have selected, with its strong mix of international experience and debutants on the roads, will be able to guide us to a strong team finish in Poland.’

Scottish athlete Sarah Inglis was in the original team selection by British Athletics but has opted to remain in Canada at this time.

Colin Hutchison is appointed as our new Chief Executive Officer . . . and resolves to put clubs and people first

BREAKING NEWS . . .
COLIN HUTCHISON APPOINTED NEW CEO
Scottish Athletics are delighted to announce the appointment of Colin Hutchison as our new Chief Executive Officer.
The current Head of Development will step up to his new role next week when Mark Munro leaves for a new post with British Athletics.
Colin insists the future of the sport in Scotland remains bright despite the obvious challenges of Covid-19 and believes strong clubs and our committed volunteers have key roles to play.
Congratulations Colin and best of luck to Mark, too.

RT @SALDevelopment: It’s a privilege to serve athletics in Scotland as CEO & I’m grateful to the Board for the opportunity. Despite covid t…

BREAKING NEWS . . . Colin Hutchison @SALDevelopment has been appointed as our new CEO and starts in role next week… https://t.co/87rhqdxiGb