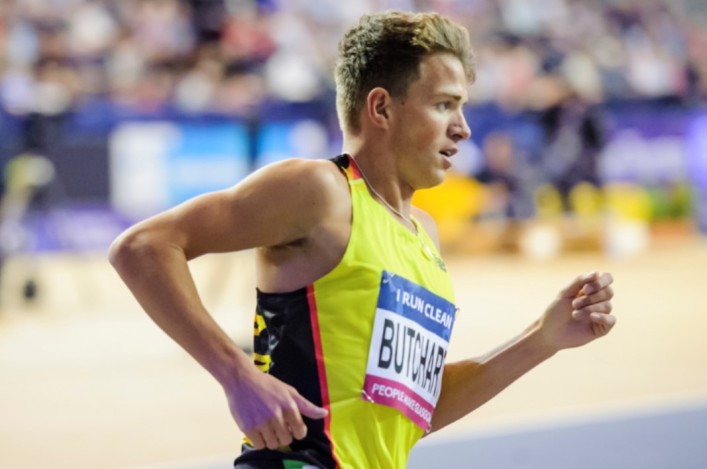 Andrew Butchart is the latest Scottish Record-breaker for 2017 – with the Olympian this time smashing the Indoor 3000m mark.

In fact, the Central AC athlete even bettered his own outdoor time as he stripped away seven seconds from the existing indoor Record at the New Balance meeting in Boston.

‘I figure I’m in better shape now than I was in Rio, and this is only my third race ever indoors,’ Butchart told the IAAF, with the race won by Olympic 5000m silver medallist Paul Chelimo in a world-leading 7:42.39.

Andy’s run will be subject to the usual ratification process for Scottish Records but, for the moment, congratulations to him on the performances and to his family, coach Derek Easton and all at Central AC involved in his development in recent years. 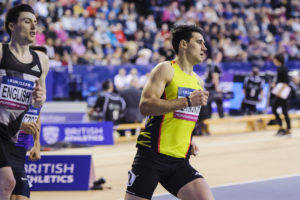 There were other impressions on the Scottish all-time list over the weekend – including Jake Wightman‘s mile run at the same Boston meet.

The GB international from Edinburgh AC had a fine run in the mile, coming in 3rd in 3:57.24 to move into third place in the Scottish all-time list. The USA’s Matthew Centrowitz won the race in 3:55.78.

And there was success in Austria for Guy Learmonth and Eilidh Doyle who both won their events at the Vienna Indoor Classic. Guy took the 800 in an indoor PB of 1:47.20 (third all-time) and Eilidh won the 400 in a season’s best 51.86.

Other results over the weekend included fine high jump performances as Allan Smith cleared 2.23m and Nikki Manson leapt to a new PB and fourth on the all-time indoor list with 1.84m. 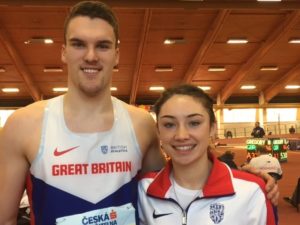 Congratulations to Scottish duo Holly McArthur and Howard Bell on representing GB and NI with real distinction at the Combined Events U20 International in Prague.

Both savoured the occasion to the full with Holly, who has another two years left in this age group, finishing fourth out of 15 athletes from GB, France, Spain, Italy and the Czech Republic.

Holly was the top Brit with 3859, adding 54 points to her score when wining British U20 title in Sheffield recently.

Howard was also the top Brit and broke the 5000 points barrier for the first time to reach 5068 and finished in 10th place – with PBs in three of his events – and went desperately close to the Scottish record.

Well done to both athletes, coach Iain McEwan, and their families on great performances.

‘I’m delighted for both athletes because, in an international event, they managed to improve on their tallies from the British Champs at Sheffield which was an excellent performance – and the whole experience is great for the future,’ said Iain, who leads the Whitemoss CE training group.

‘Holly’s 60m Hurdles was her best performance, with a PB of 8.79. Howard had PBs  in 60m, 60m Hurdles and his 1000m run. His overall heptathlon score of 5068 was only 10 points adrift of the Scottish record. For them both to be top British athletes was also very pleasing.’ 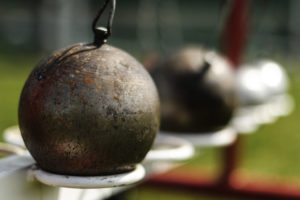 The date for the penultimate session for the winter is this Sunday (February 5) at Grangemouth.

For this session, we will have Strength & Conditioning coach Martin Thomson from Athlete Focused whose coaches work with some of Scotland’s top athletes.

*Specific focus on the fundamentals of Olympic lifting.

The other 1 hour sessions will be on Hammer technique with our guest coach, Henry Hunter, who has generously agreed to give his time and commitment to the group. Cost for this session is £10 per athlete including facility hire (based on 14 persons per session which was average last winter).

All coaches and parents are very welcome to attend. Athletes and coaches should arrive at 9.30am for a 10am start, finishing 12.15pm. The remaining session date is Sunday 5 March.