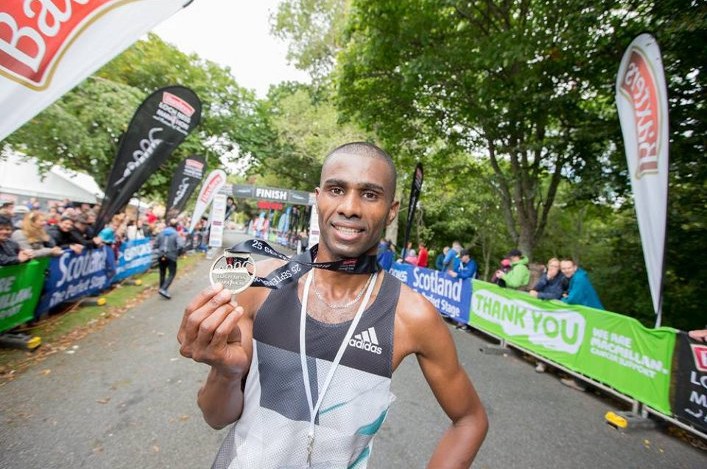 Twelve months ago Jordanian runner Mohammad Abu-Rezeq produced an impressively composed performance to win the Baxters Loch Ness Mrathon then vowed to return and break the course record in 2017.

The Altrincham-based athlete gets the chance to live up to that promise on Sunday when he lines up alongside thousands of other enthusiastic competitors in the 16th edition of the Highland race.

Abu-Rezeq was only 39 seconds adrift of Kenyan athlete Simon Tonui’s 2009 record when winning in 2.20.52 last September on his debut at the distance.

‘I hoped to run faster, but I hurt my leg which was a problem for me,’ he said. ‘I began to feel it after about 10 miles and slowed me down.

‘I went through halfway in about 68 minutes, so I know if it hadn’t been for the injury I would have easily broken the record. I know I can go much faster.’

Abu-Rezeq hasn’t run another marathon since then but has been showing good form over shorter distances during the year with victories in the We Love Manchester 10km and in half marathons at Leeds Chester and Wilmslow.

The Jordanian faces a potentially strong challenge, however, from veteran Kenyan athlete Isaiah Kosgei who has set his sights on making a winning comeback after a decade’s absence from top level competition. 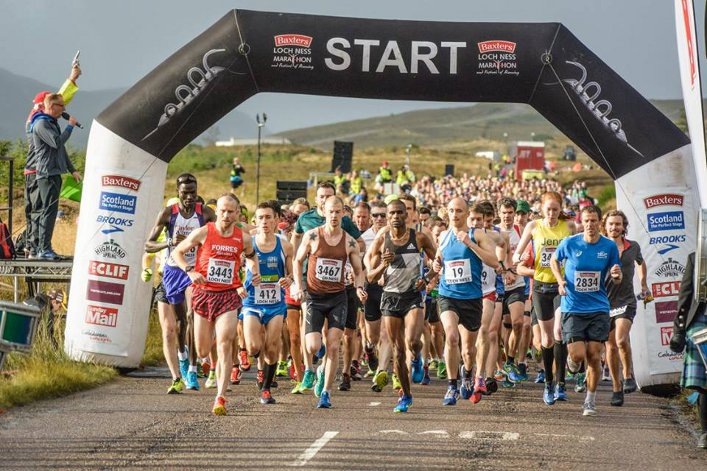 Patryk Gierjatowicz (Hunters Bog Trotters) returns for another attempt at taking top spot. The Edinburgh-based Pole finished second last year. It was the fourth year in a row that he has featured in the top three but that first win has so far eluded him.

Kyle Greig (Metro Aberdeen Running Club) should also be in the mix. The Aberdeen Sports Village Health and Fitness Manager was third last year but has been in fine form since making his Great Britain debut in the world ultra-trail running championships earlier this summer. He completed his preparations by winning the Crathes half marathon last weekend.

Stirling marathon champion Lesley Pirie (VP-Glasgow), who has a best time of 2:41:04 set at the 2016 London marathon now appears to be favourite and she could test the women’s record of 2:44:50 set by Fife’s Megan Crawford in 2015

The Inverary athlete showed good form to win the Stirling marathon earlier in the year when clocking 2:47:36 over a relatively challenging course.

Hazel Wyness who recorded her best time of 2:56:28 at this year’s London marathon, when she was a member of the Metro Aberdeen side which won the British team title, should also be among the front runners. Wyness was 16th at Loch Ness two years ago, but has improved significantly since then.

Other contenders for a podium position include Joanna Murphy (Carnegie Harriers), who has a best time of 3:01:32 from London in April, and American runner Laura Bowman from Mammoth Lakes in California who has run some fast 10km times this year.

Welshman Kristian Jones appears to be the favourite to win the men’s title in the Baxters River Ness 10km which has attracted a top class domestic field.

The Tayside-based runner, who represents Dundee Hawkhill Harriers, enjoyed a successful summer season during which he won the Scottish 5,000m and 10,000m track titles.

There’s no doubt Jones has the potential to threaten the course record of 29:35 set by Shettleston’s Amanuel Hagos in 2008, but only if he has fully recovered from taking third position in last weekend’s Ring of Steall 29km mountain marathon at Glen Coe. 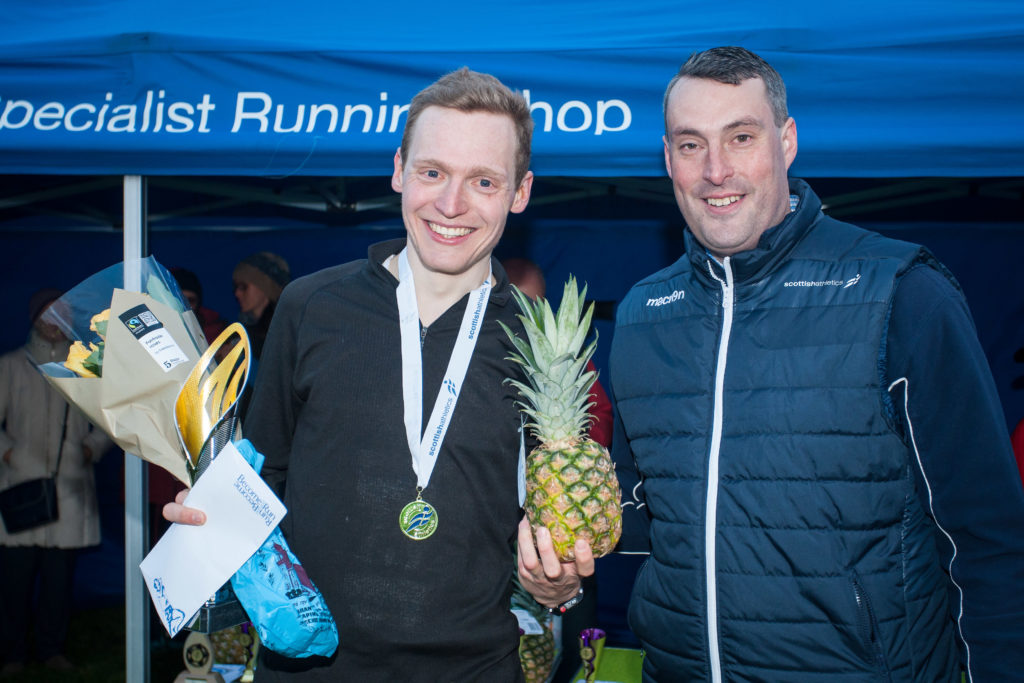 Kristian Jones – won the Scottish 5K Champs in May at Silverknowes

There are a number of other runners who are capable of challenging for top spot.

Neil Renault (Edinburgh AC) has won for the past two years and he is keen to complete his hat-trick, while Logan Rees (Fife AC), who was silver medallist in the Scottish 10km championships at Stirling earlier in the month, will be another strong contender.

Scotland-based Hungarian international Fanni Gyurkó (Central AC),left, will defend her title in the women’s race but she faces  some formidable opposition led by Jenny Bannerman (Inverness Harriers). Aberdeen AAC’s Nicola Gauld could be in contention, too.