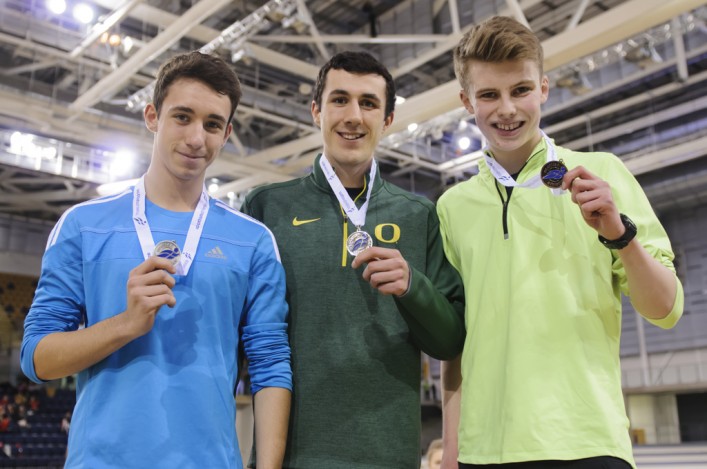 All the (provisional) Results from U13s and U17s

With apologies for arguably stating the obvious, but no event in our domestic calendar merges athletics development and keen competition quite like the Age Group Champs.

That’s certainly how it felt at the Emirates Arena on Saturday at our U13 and U17 youngsters took centre stage.

Record numbers on start-lists certainly looked to be transferred into record numbers on the track and in the field and, indeed, the word from our venue hosts was that around 1200 people were inside the Emirates for the Age Groups on Saturday alone.

That’s  a positive for the sport and so were some of the performances as the likes of Ben Greenwood, Erin Wallace and Alisha Rees proved their quality at U17 level.

Indeed, it was nice symmetry late in the afternoon that Mhairi Hendry raced to a Scottish U20 record at 800 at the British Champs, with Mhairi having been a regular winner at the Scottish Age Groups in recent years and providing those at the Emirates with a great example on how the step-up to a higher level can be bridged.

Giffnock North’s Erin and Perth Strathtay athlete Ben each had a hectic day before heading home with golds from the 1500m and the 800m, while Rees won her 60m gold in 7.64.

‘I was 1.54.1 that day but to get that time in the final in my fourth race of the afternoon was a surprise,’ grinned Ben.

‘I had no choice, though, because I think it was Cameron Steven (Lasswade) who took me on at one stage so I responded. I’m shattered now but it was good to win both titles.

‘I am going to give the National XC a miss now because the British Indoors are the week after that and it is a big target for me. The British record at U17 is 1.52.8 so that’s something I have to try and aim for.’

In fact, Mark Mitchell’s old U17 record for 800m – at 1.57.2 from 2004 – was bettered by Greenwood and silver medallist, Steven of Lasswade, with Aberdeen’s Stewart Millar in third at 1.57.89 to emphasise the quality of those lads. 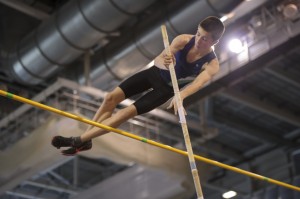 Former hurdler Francis Smith, himself a Senior indoor Scottish champion on six occasions, now coaches athletes from both Pitreavie AAC and Dunfermline and he was delighted with both the overall atmosphere and the performance of some of his young charges.

‘There’s definitely a good feel about the place with the big numbers – if there are 1200 people inside the Emirates Arena for athletics then that’s good for the sport and that on a weekend when probably some people have an eye on the British Champs in Sheffield,’ said Francis.

‘So it is a good championship, a good weekend for athletics development, and it is wee bit different for me coming to this now as a coach because for years as a senior athlete I didn’t attend this.

‘Clubs were sitting as groups and sitting together and I have to say it has been a wee bit of an eye-opener for me to see how competitive athletes and parents can be! Even the U13s!

‘I coach a squad now and we managed to six finalists and two medallists so Saturday has been a good day. We had a couple of girls who were fourth to Irish medallists and were disappointed but that’s another aspect to it; you have to live with it on the day and learn from it.

‘Taylor Roy won the U17 60m hurdles – he does sprint work with Paul Allan and I do the technical work on the hurdles. So it was good to see him on top of the podium.

‘I’m enjoying it as a coach and the main thing is trying to pass on to the youngsters things that I learned down the years.  You are looking to see your athletes progress and develop through time.

‘I also want to grow as a coach myself – I am Level Three now and scottishathletics were good to me as an athlete and now they are good to me in my coach education.’

Apologies if someone has been missed out here . . . 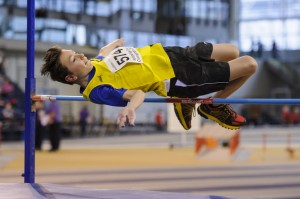