Scottish success in Combined Events has been something of a theme in recent years – and the Class of 2022 maintained that streak in superb fashion in Sheffield.

Two gold medals and a bronze across the Men’s U20 and U23 age groups represented a fine border raid at the England Athletics CE Champs.

And Murray Fotheringham’s performance really was something to behold as he smashed the Scottish U20 Indoor Men’s Heptathlon Record spectacularly – and went so close to taking down the British mark at U20, too.

Giffnock North athlete Murray, who is coached by Colin Sinclair, ended within just 19 points of the British U20 Record as he posted a superb tally of 5774 points. Murray posted all sorts of heptathlon PBs within that including 7.36 and 2.03 in the jumps.

That broke the Scottish U20 indoor heptathlon record by 300 points (held previously by Scott Brindley at 5409).

Team East Lothian athlete Adam Hoole made the U20 podium, too, as he finished third on 5377. Adam is now at No 3 on the all-time list behind Fotheringham and Brindley.

It was four Scots in the U20 Men’s top seven with Will Hodi of Nairn Area AC in sixth place with 4675 points for a PB and Craig Moncur of Exeter in seventh with 4569. 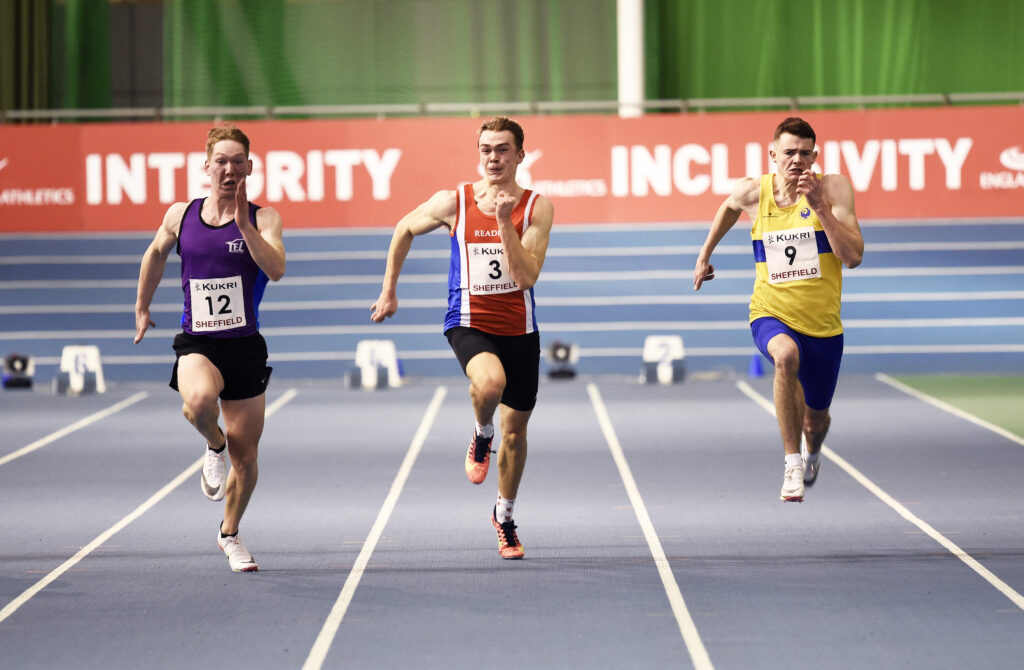 There was Scottish success in the U23 category as Edinburgh AC’s Callum Newby came up with a fine performance over the two days.

Callum finished fifth in the overall Seniors/U23s and took gold in the U23 age group with a points tally of 5275 points for a PB.

Edinburgh AC’s Emma Canning finished fifth in the Senior Women’s event with a points tally of 3753.

And Cumbernauld AAC’s Amy Kennedy was seventh in the U20 Women’s event as she made a strong impression against deeper competition than she has experienced in Scotland. Amy’s 3440 tally was a PB.

Well done to all the athletes and their coaches and families for competing in Sheffield.

With thanks to Craig Fotheringham for assistance