When Scout Adkin won the GB junior trial ahead of the European Mountain Running Championships in 2011, she had the world at her feet.

A decade later, following a dominant performance at the British Championships and World Trials, the Moorfoot athlete is back on top – domestically at least – with an opportunity to scale the great global heights her talent once promised.

There is no tabloid-worthy scoop to explain those missing years, however. Adkin’s story is one of real life, commitment and a true love of the sport.

‘After I did the European Mountain Running Champs in summer 2011 I went off to study at University (Robert Gordon in Aberdeen) for four years which was great . . . but a physio degree is tough,’ explained Scout, who is coached by Angela Mudge.

‘You are in 9-5 pretty much every day, then you’re on placements basically working full time but still having to do course work, assignments and so on.

‘Placements taught me the reality of full time work and trying to train as an athlete, and although I pretty much still managed to train through all of that, it wasn’t good quality. I was exhausted.

‘Running was partly my way of coping with it all. That’s what I’m so used to doing. I love exercise and I love being outside, so it kept me going.’

Perhaps inevitably, Adkin experienced a ‘bit of a dip’ in the summer that followed her graduation.

‘I think everything caught up with me,’ she admitted.

She then relocated to York – a predominantly flat city which was in complete contrast to her favoured landscape – to start her first job, a brave move considering she didn’t know the city or anyone that lived there and was about to start working in a busy hospital.

‘To be honest, looking back, I’m surprised I did it,’ she laughed.

‘It was full time but I could also be on call and on weekend cover, so all of that drains you. I was still doing a fair bit of training, but York was very flat, so I could only go out to a do a ‘proper’ hill run or session at a weekend which wasn’t ideal.

‘I also picked up some injuries over the first few years I was there, partly because I was doing a lot of flat road running. Then I picked up a breathing problem basically due to the air pollution in York, so that set me back a bit.

‘Running was and still is my coping mechanism. Working in a very busy NHS hospital in ICU, it’s stressful and running was how I managed to cope with that, but I knew something needed to change.’

Adkin found a new job as a physiotherapist in a private sports injury clinic in the Lake District – a home from home where she’d spent many weekends training – and moved at the end of 2018. 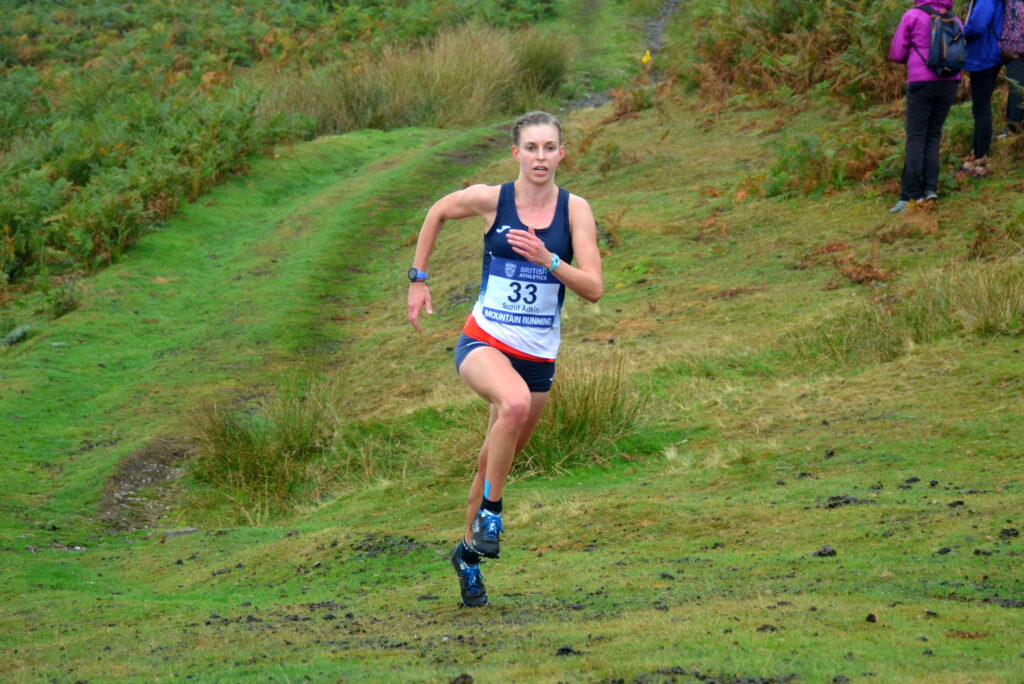 As it transpired, 2019 marked a turning point.

‘Once I got to the Lakes and got settled and my partner moved with me . . . everything just clicked,’ she said.

‘It’s a great place to live and work. It just felt like ‘ok, now I’ve got the opportunity to really train and get my body back to where I knew it could be’ and it just took me that year (then another year due to Covid!).’

Coincidentally, Adkin is currently treating her brother Jacob, the 2019 European Mountain Running champion, who finished fourth in the British Championships and World Trials in spite of picking up an injury mid-race which resulted in a chipped bone and ruptured ligaments.

The siblings, who have both been selected to represent Great Britain and Northern Ireland at the World Mountain Running Championships in Thailand in November 2022, were incredibly competitive in their junior years, but with experience has come an appreciation of what they can offer one another and the value of support.

‘When Jacob was Euro Mountain Running Champ, I was so happy for him, but it also motivated me to push myself and to believe I could get back there and do that,’ she said.

‘Because it’s so long since I’ve been on a GB team, it’s reassuring to know he’s there on the team with me.’ 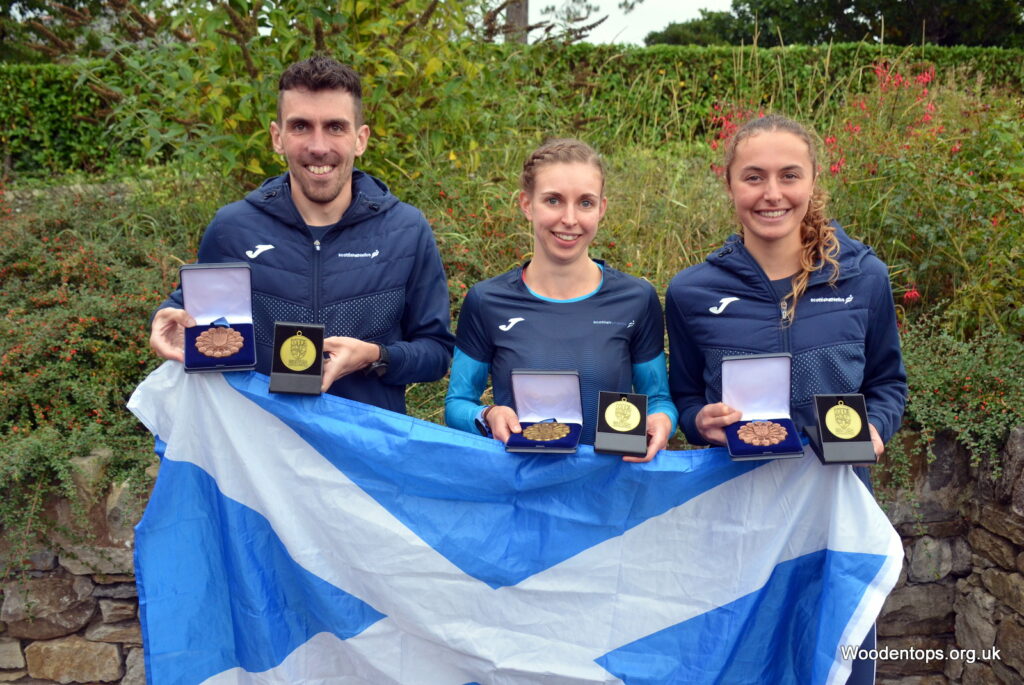 Adkin has questioned her own perseverance in the midst of challenging times, but ultimately, she always believed she had the potential to get back to her best.

‘There were times when I was thinking, ‘why am I pushing myself to get race fit, why don’t I just do the odd 5k to keep me sane?’. Then I kept thinking back to what I knew and know I’m capable of. Deep down I had that self-belief and motivation, but that was tested quite a lot in those ten years.

‘After winning my first GB vest (as a junior in 2011), I knew I’d be down the pack in the seniors but I thought I’d build back up again, but every year went by and I just wasn’t.

‘When you’re racing and you know you can come 10 or 20 places ahead of where you’re coming, that’s really hard to stomach.’

Adkin’s situation is not totally unique. The university years in particular often correspond with a drop off from the sport, but it is possible to continue, and, eventually, to thrive.

‘Don’t worry if you feel like you’re going backwards through uni,’ she stated.

‘As long as you enjoy what you’re doing and it doesn’t become an extra burden then you’ll make time for training and you’ll have the motivation to keep fit and keep racing, albeit accepting it might not be to the standard you were at before.

‘You have to accept that it’s going to be different compared to when you were at school and living at home, but the key is not to give up and to keep enjoying it.

‘When I felt like I was getting worse, getting slower, it was my love of getting out onto the hills that kept me going. Eventually you do come out the other side.’ 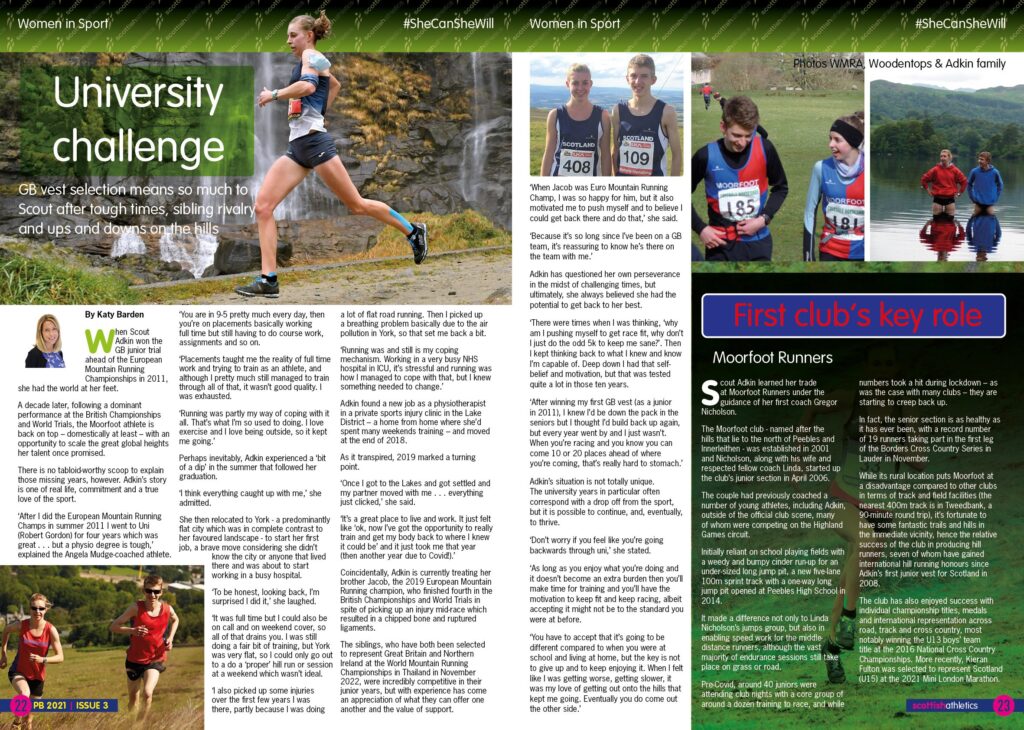 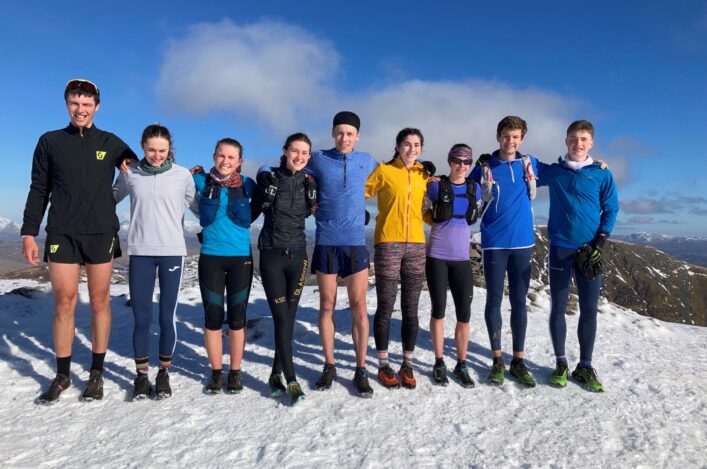