Scotland’s three British Champs medallists at Sedbergh – Andy Douglas, Scout Adkin and Naomi Lang (with thanks to Woodentops for photo)

From Angela Mudge at Sedbergh

Scotland’s hill runners did the national vest proud to take double team gold at the British Championships and World Trials at Sedbergh.

Three of the six individual medals available in the Senior Home International were claimed as Scout Adkin clinched gold in the Women’s race.

And our Senior Men beat England by a single point with Jacob Adkin, the 2019 European Champion, a real hero as he took fourth place despite an injury which later ended with a hospital visit and avulsion fracture diagnosis!

Many congratulations to all involved with our two teams – athletes, coaches and team management led by Angela Mudge, our Hill Lead, on a great day for Scottish hill running.

Sunday’s race race was over two laps, 10.4km and 780m on the slopes of Winder, with conditions made quite difficult as mist enveloped the top of the hills.

The race was also the trial for the World Mountain Running Championships in Thailand next February. 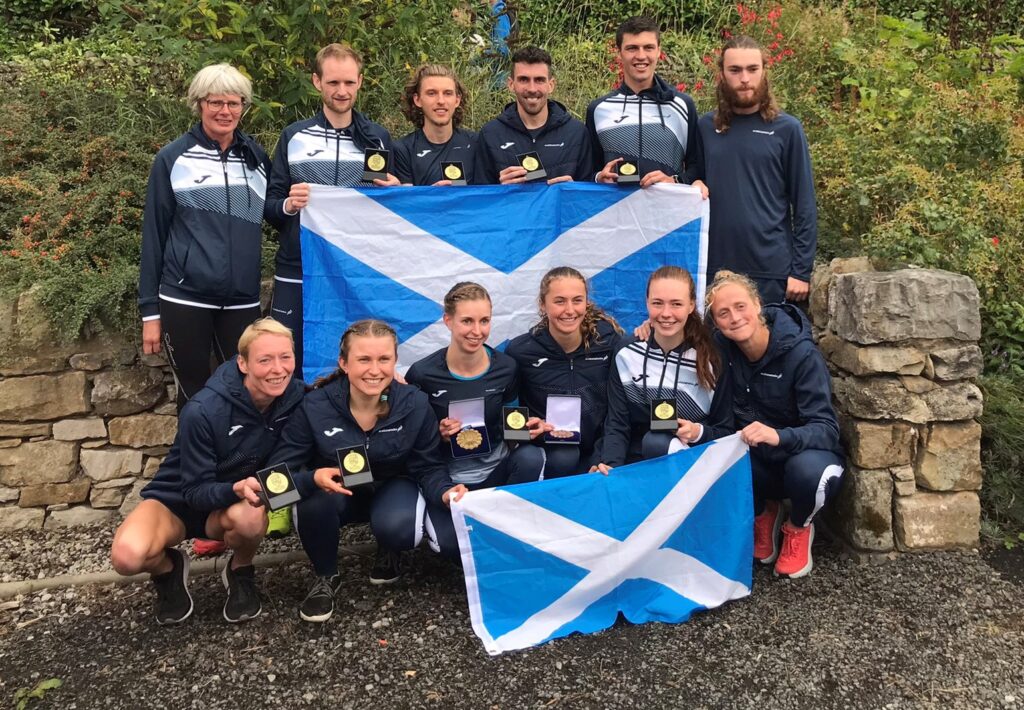 The full Scotland teams gather at Sedbergh (photo via Twitter)

Scout Adkin had an amazing run to take the Women’s title by over a minute and guarantee selection for next February.

Naomi Lang was first U23 athlete home and second in the SHI, a brilliant performance on her first time representing Scotland in the hills.

Catriona Graves and Jill Stephen had strong runs to take sixth and eighth places respectively to seal team gold, with Megan Crawford ninth and Holly Little at 12th to back up the counters. 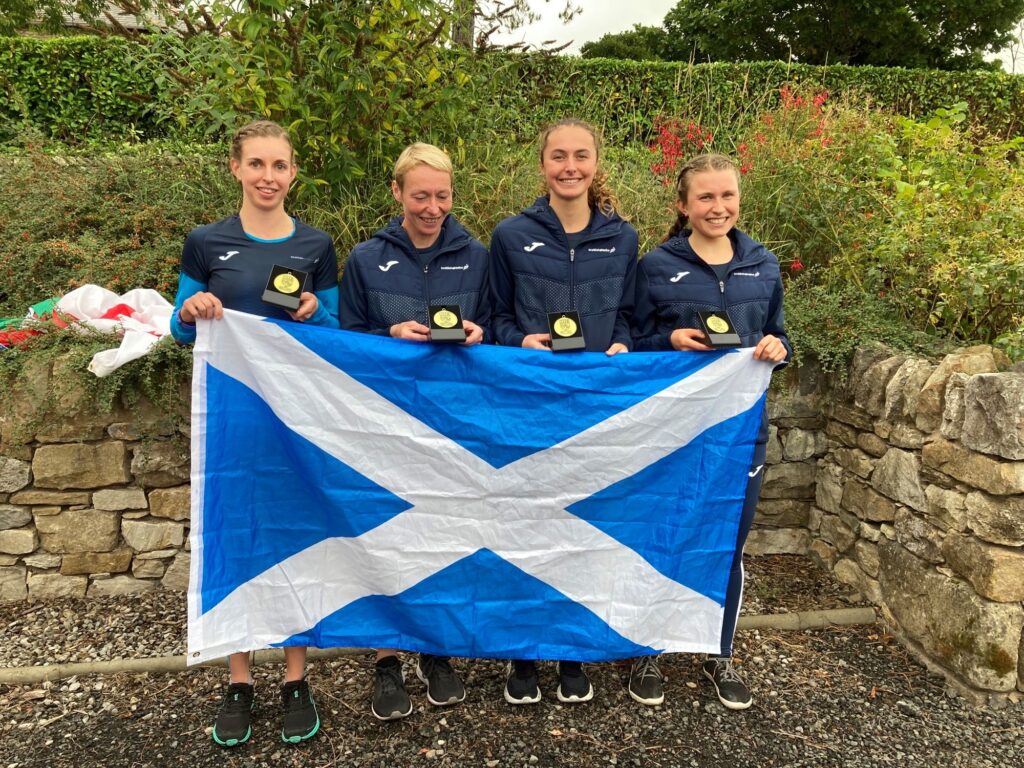 In the Men’s event only 33 seconds separated the first four men home. Andy Douglas once again demonstrated his talent over the hills finished second in the SHI with Jacob Adkin in third.

Jacob was to prove the day’s hero; unfortunately he injured his ankle on the first descent but continued and was visibly in pain, hobbling over the finish line.

After a Sunday afternoon trip to Accident and Emergency, it became clear his fall had resulted in an avulsion fracture of the fibula.

‘Fortunately it is not a ‘proper’ broken leg,’ Jacob told us.

‘I was in a bit of pain but didn’t want to let the tewam down and it was brilliant for Scotland to get two sets of team golds.

‘The diagnosis was that it was a clean little fracture at the end of the bone and I’m not in plaster of anything like that. The doctors think it best to allow me to move it as much as I can.

‘I’m hoping to be able to do some cross training soon.’

Running as an U23,  Gregor Malcolm was 15th as Rory Abernethy missed the race due to illness. 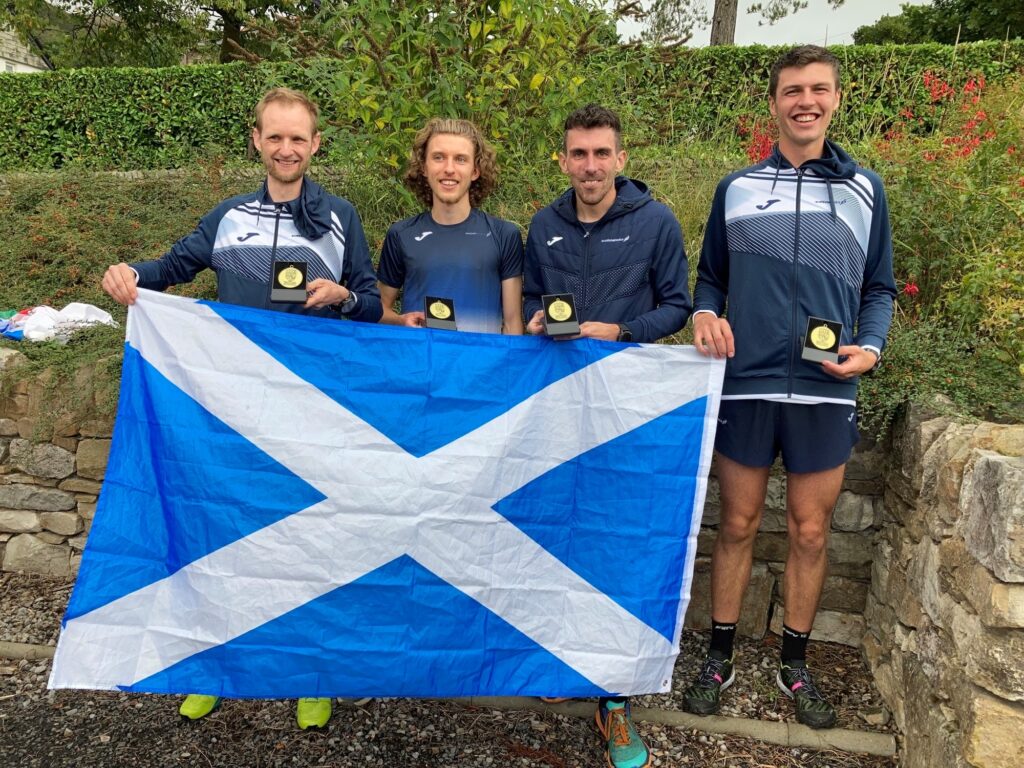 In the Junior race, Isla Hedley (Fife AC) had an excellent run to win the trial by 20 seconds from Alice Crane (Derby AC).

For the first time, the next World Championship event will have a classic up-and-down event and an uphill only event, allowing athletes to ‘double up’.

The weekends trials started on Friday night with an uphill only event on the slopes of Skiddaw over 6.4km.

Scotland had some great performances with Scout Adkin finishing in second place behind Hannah Horsburgh (Keswick AC) and Kirsty Dickson (Carnethy AC) in sixth on her debut uphill only event. 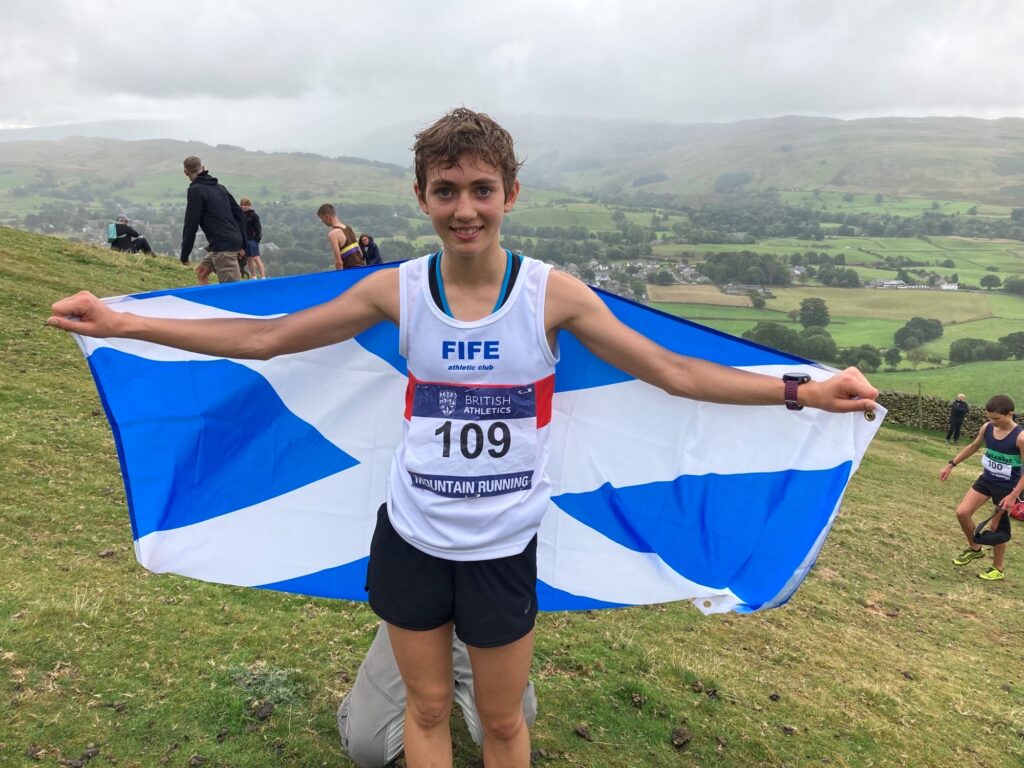 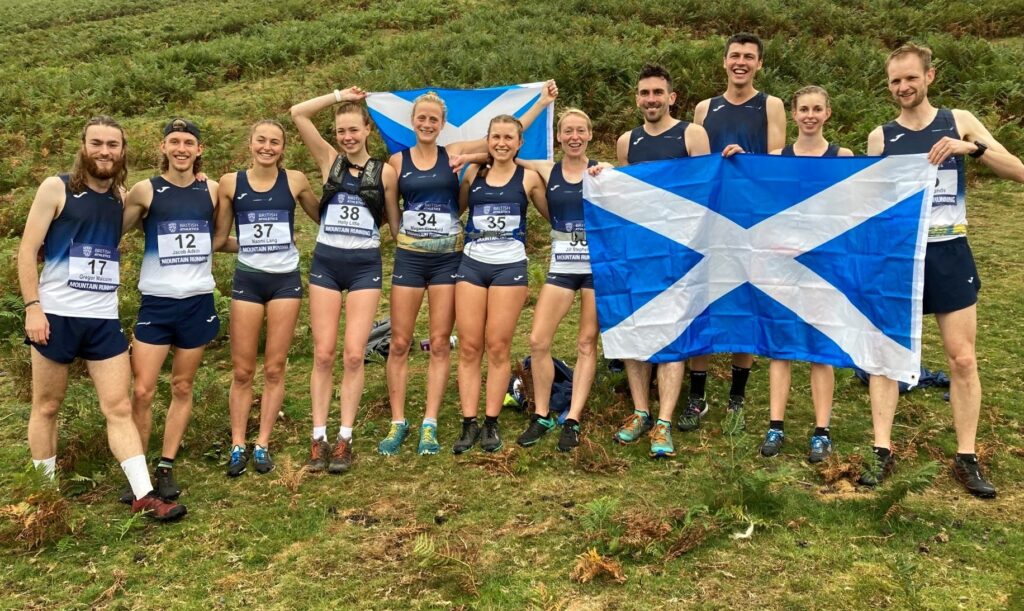