Brilliant! Laura, Jake and Josh sweep into finals and 4x400m progress, too 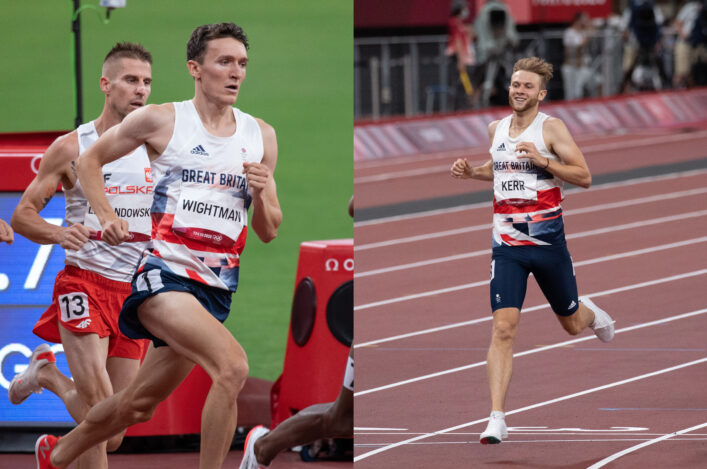 So, the Edinburgh AC club championships for Men’s 1500m will be held in the Olympic final.

Jake Wightman and Josh Kerr both came up with superb runs today to get through their semi-finals.

Jake was highly impressive in winning heat one (3:33.48) and Josh followed that up with a great surge over the final 250m or so to take third (3:32.18) with five automatic slots on offer. GB team-mate Jake Heyward then joined the two Scots via sixth place in the second heat.

Congratulations to both athletes and their families and coaches and good luck for Saturday’s final.

‘I never planned on winning the race,’ said Jake.

‘But the opportunity kind of came up and my fear was everyone was going to close so quick that I’d rather have a jump into the home straight. I felt a lot of better than I thought I would.

‘Everyone is just getting to the final as smooth as they can so you can’t really judge from the heats or semis its all about how we run in a couple of days time.

‘I hope that’s not my best run, I definitely want it to be in the final and I feel like I am good enough at the moment to try challenge for medals, and that’s what I want to do.’

Josh, of course, had been made to sweat on getting through the heats and was determined to deliver a better performance.

‘I had to really have a look at myself and recalibrate, work with my team, speak to my family and get myself in the right frame of mind,’ hje said.

‘I wanted to be able to say ‘You know what? Even though I was the fastest loser getting into the semi-final, I want to be a big Q for getting into the final and show what I can do that hard work  doesn’t leave you.’

‘I have turned it around and I love racing out here. The GB men’s team is so tough to get into in the first place so we’re thrilled all three of us are in that final.’ 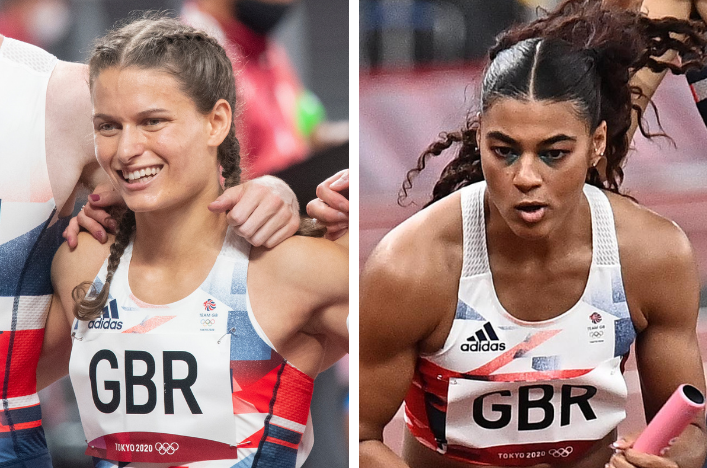 Photos by David Pearce (Zoey) and Garry Bowden/Sport in Pictures (Nicole). Both for Team GB.

The GB and NI Women are through to the final of the 4×400 Relay – with a big help from two Scottish athletes.

Heat two was a terrific race and a superb effort by the British quartet to take the third automatic place in 3:23.99 to go through to the final.

Zoey Clark was on the second left as she took the baton from Emily Diamond and firmly had the team in the mix for third behind USA and Jamaica. Laviai Neilsen was on leg three and Nicole Yeargin survived a real fight for that third place with a fine anchor run to make sure.

Well done to both athletes and their families and coaches. 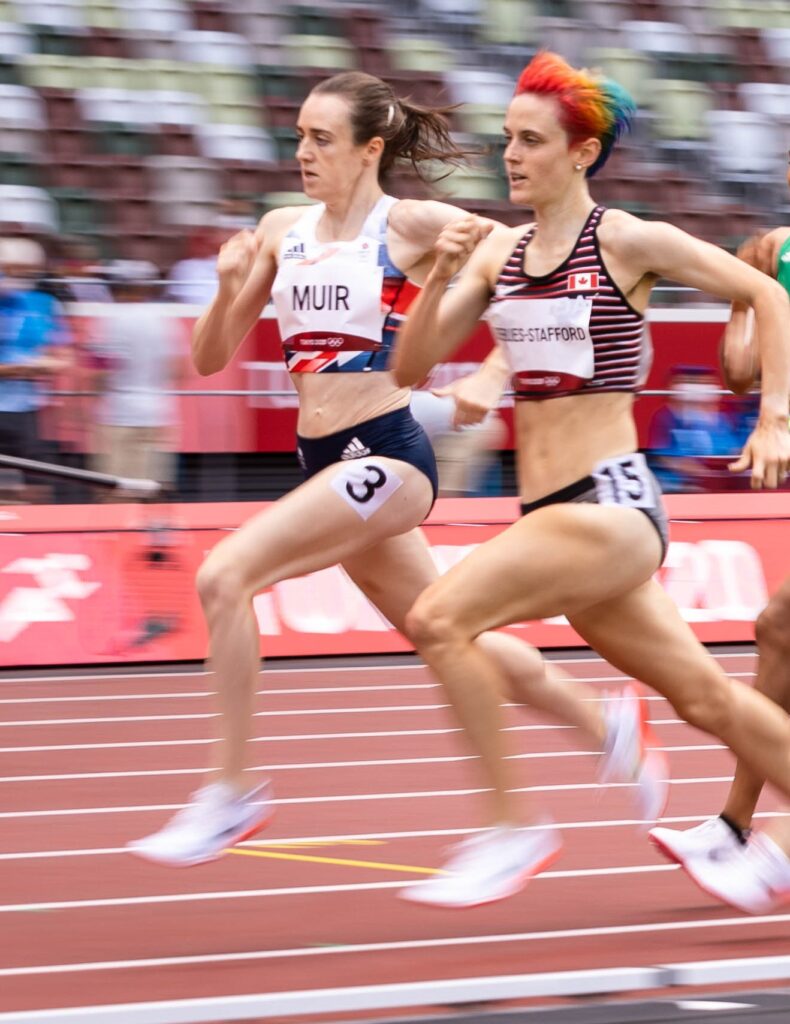 There was good news on Wednesday morning as Laura Muir made safe progress to the second Olympic final of her career.

Laura looked very comfortable in the second heat to cruise through in second place in 4:00.73 as Sifan Hassan edged the race in 4:00.23.

With the first heat very quick and won by Faith Kipyegon, there was no margin for error but Laura made the right moves in the early stages and progressed once again to another medal chance in a global context.

The final is coming up on Friday at 1:50pm our time.

‘Everybody always talks about the final but you’ve got to get there first, and to make an Olympic final is still a really big achievement,’ said Laura. ‘I’m very happy that I’m there now and I can now focus on that final.

‘I saw we were clear at the end so I just eased down a bit but I knew the first semi final was quite quick so I knew the fastest loser spots were going to be quite tough.

‘There were a lot of girls still quite close behind me so just wanted to make sure I didn’t get pipped on the line or anything. Everything is going as well  as it could have done.’