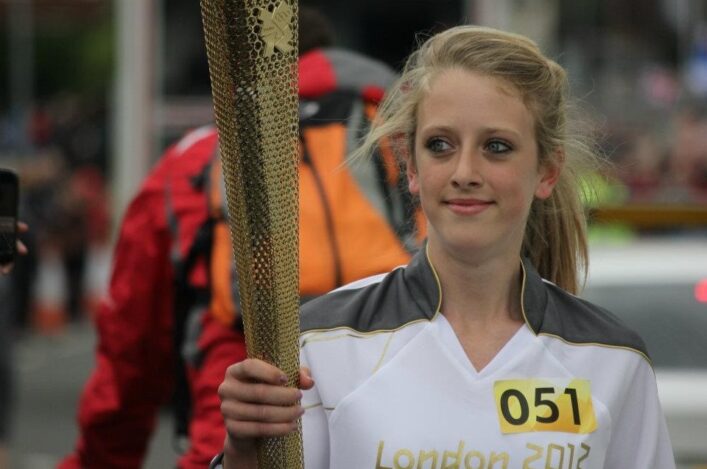 Jemma Reekie with the Olympic Torch at Kilmarnock in 2012 when she was 14 (photo: contributed)

Or the one about the daughter of a Celtic player who sold football programmes outside the ground at Barnsley?

Or the one about the American football kicker who wanted to be a high jumper in California, whose mother was brought up in Dunfermline?

There’s no requirement to look too far for stand-out feature lines from the outstanding Scots who have joined Team GB and NI in track and field for the Olympics in Tokyo.

Josh Kerr’s brother Jake has been in a Six Nations squad for the SRU and played against Italy, Jake Wightman’s dad Geoff worked for us in a key role and will now commentate in the stadium in Japan as part of his ‘day job’.

Beth Dobbin’s dad, Jim, spent most of his football career in England after starting out at Parkhead. Nicole Yeargin is only five years in the sport after starting, at 18, because she wanted to ‘stay in shape’. She’s now in the individual Women’s 400m and the 4x400m Relay squad for Tokyo.

Need another? Late developer Steph Davis thought the marathon was an extended fun run up until three years ago or so when she undertook one in Berlin ‘for the fun of it’ as recently as the autumn of 2018.

We can revel in these back stories because, although Yeargin and Davis can be described as ‘late developers’ in their disciplines, more often than not there are years and years of hard work and progress behind them.

Race to the Olympics . . . Jake Wightman and Josh Kerr fight to the finish in the Men’s 1500m (photo by Getty Images via British Athletics)

Jemma Reekie and Dobbin fit that example well, with the former having carried the Olympic Torch at Kilmarnock as a 14-year-old back in 2012.

Reekie’s trajectory in recent years has been linked to being coached by Andy Young and training with Laura Muir.

But the hard yards are undertaken by the individual in tandem with the support from the collective.

One Tweet from Scotland international Stacey Downie the other day highlighted a ten-year coaching connection between Zoey Clark and Eddie McKenna.

Muir and Young, for their part, will celebrate ten years as athlete-and-coach shortly after Japan with the link having started at Glasgow University. Quite a journey.

For the likes of Eilish McColgan, Callum Hawkins and Jake, of course, the bonds are within families with all three coached by a parent. The emotional stress of that must be an additional burden – for both parties!

Come to think of it, as back-stories it’s hard to top Eilish competing in her third Olympics (to match her mother’s tally) in the same Tokyo where Liz won World Champs gold 30 years earlier.

What’s clear is there really are no short-cuts. There are years and years, miles and miles, session after session behind each of our #TokyoTwelve would-be Olympians.

We salute them and savour their achievement. Everything is hard before it is easy.

For those who didn’t achieve their dream of Tokyo selection over the weekend – the sun ☀️ still rose this morning & will set again this evening. Life is precious so don’t be hard on yourselves or disappointed too long. To even be in contention is special. Assess, plan & move on!

Which brings us neatly to Manchester last weekend and the Olympic trials.

It should be tough to qualify for the Olympics – there should be no gimmes, no free passes. It’s hard to argue otherwise.

Mo Farah‘s ‘failure’ to make it only emphasised that it should be difficult to achieve the required standards. There is no disgrace in not making them as the years roll by.

Being present in the ‘Mixed Zone’ for media at Manchester offered a window on the emotions of top British names.

The set-up was such that the three medallists were delayed after completing competition for their podium moment – and the other crestfallen athletes headed back to the indoor warm-up area beyond the ranks of the media.

Athletes who had committed a decade or more to an Olympic dream walked past nursing shattered dreams. Some were perhaps grateful of wearing a mask. For others, nothing could hide the anguished disappointment.

Track and field is a tough sport; competing individually, with no hiding place and often right in front of family and friends. It takes bottle and so many keep coming back for more, despite all the sacrifices required.

The Tweet above from Jenny Meadows captured these thoughts rather well.

Dozens of Scots were in action in Manchester, six savoured Olympic selection and a few more a cherished medal.

But that doesn’t lessen our admiration for each and every one of them. 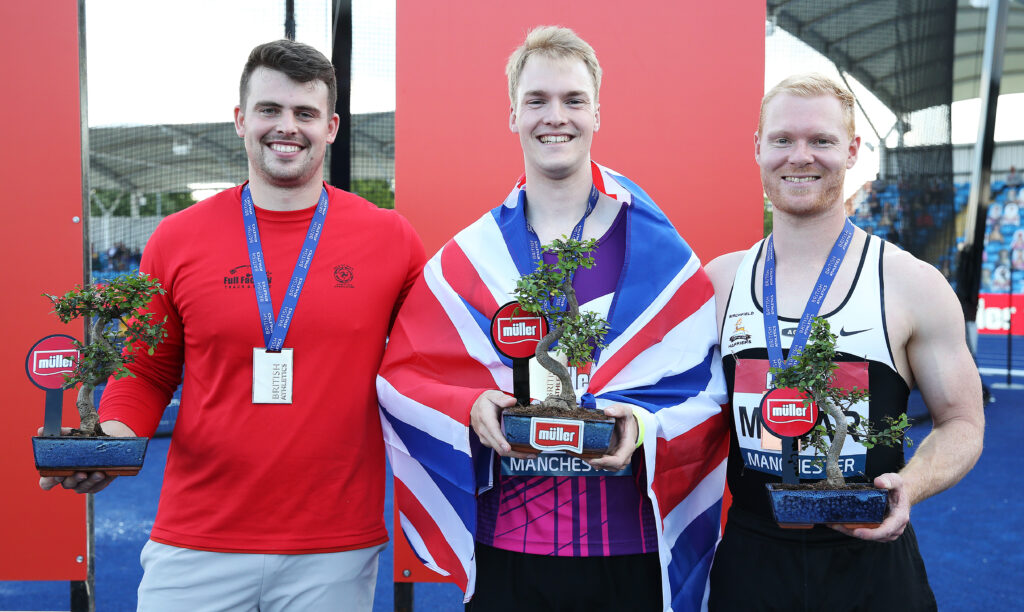 So let’s give a shout-out to the Scottish throws community.

Kirsty Law has been on that podium for gold in the past couple of years so will doubtless be deeply frustrated with fourth in the discus. We know she will respond.

Of the above, Rachel’s medal was one to savour after mental health issues cost her a place at Gold Coast 2018. Her reserves of determination, and competitive instincts, are admirable.

But all of our throwers will surely agree one of the best Scottish performances of the whole weekend came from Greg.

He pitched the javelin out to 71.90m on his final round throw to land bronze – adding a metre to his PB. He was desperately close to silver, in fact.

Greg is unchallenged as Scotland’s No 1 javelin thrower and has been in the sport more than a few years.

But the strive to self improve remains and that’s an enduring facet of athletics. 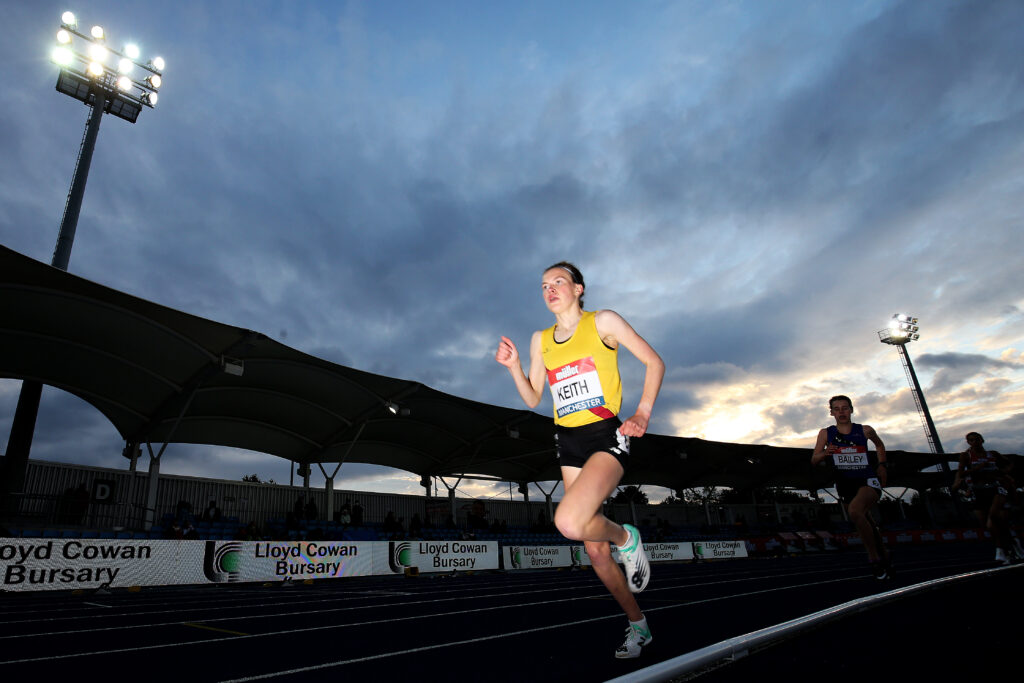 Scottish women are smashing it.

We’ve noted that before, of course, and our channels very rarely lack for female athletics content.

But it was only when reflecting on the medal count that the following became obvious:

So, in those six particular races, that’s seven out of the 18 available medals: a very decent strike rate.

And, it is to be hoped, inspiration for girls in their early teens right across our clubs.

If you can’t see it, you can’t be it. The current visibility looks pretty clear . . .

*STOP PRESS: All of the above around Scottish women was written prior to Eilish McColgan landing a British Record for 5000m held previously by Paula Radcliffe. Enough said.