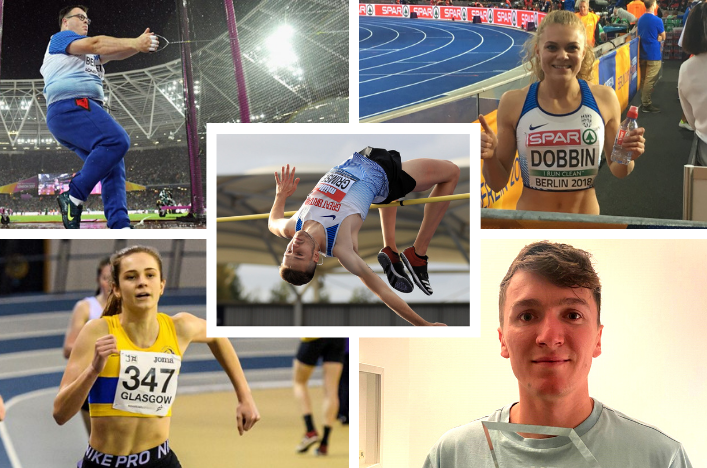 Five Scottish athletes have been named in the GB and NI team selected by British Athletics for the European Team Champs.

The event is coming up in Poland and will take place over the weekend of May 29/30 in Silesia.

And there are places in the British team – who will face opposition from France, Germany, Italy, Poland, Portugal, Spain and Ukraine – for Beth Dobbin, Erin Wallace, Will Grimsey, Jake Wightman and Chris Bennett.

Beth has had very limited competition since the World Champs in Doha in 2019 but made a solid return with a 200m run of 23.06 in italy last week.

Erin is celebrating her first Senior vest with GB and will race over 1500m after a recent good run over that distance.

The Giffnock North AC athlete has plenty of international experience through the age groups, of course, including gold in the Commonwealth Youth Games.

Jake will race over 800 at the Euro Team Champs and Chris is in good form following on from his silver medal performance at the European Throwing Cup event in Split, Croatia, earlier this month.

And Will, who became eligible for Scotland over the past 18 months, is the pick for the men’s high jump competition in Silesia. It’s a first Senior selection for the jumper.

Nice to get another vest and another chance to throw far.

Thanks to @BritAthletics for the opportunity 🙌.

Christian Malcolm, Olympic Head Coach, said: ‘We have a rich history in this competition, so it was very important for us to take on our European competitors and earn as many points as possible.

‘We have selected a team who will be pushing for every point across the board, so I am excited to see how these athletes will perform in Poland.

‘It is a squad with a blend of some experienced GB and NI internationals but also a high number of developing athletes who will really benefit from this opportunity.

‘As is consistent with our approach to British teams this year, athletes were given the option to opt-in or opt-out of this event.

‘With the Müller British Athletics Championships just under six weeks away, and the Olympic Games on the horizon, we recognise that every athlete’s plan is going to be different, so we are supporting all athletes to achieve what they feel is the best preparation possible.’

Grateful for the opportunity to represent @BritAthletics in Poland! https://t.co/cLZU0E9HfS