The scottishathletics Hill Running Championships took place on Sunday on a beautiful autumnal day in Comrie.

Scout Adkin retained the tile she won last year in the women’s race while the men’s race saw Robbie Simpson win this event for the first time in his career after a great battle with fellow GB international Andy Douglas.

Athletes were met with an uphill-only course over 12km with 830m of climb, this format is uncommon in the UK but used regularly in Europe.

The first runners to reach the summit of Carn Chois were treated with a cloud inversion in the valley below.

Douglas (Inverclyde AC) headed the field over the fast 8km on the lower slopes of the hill. The terrain got much steeper in the latter stages where Simpson (Deeside Runners) managed to close the gap and went on to win the championship event in 50.55, with Andy a clear second and Peter Hodkinson (HBT) in third.

Both second and third runners are fairly new to hill running so look bright prospects for the future.

This has to be one of the most spectacular finish lines in Scotland. Well done to @scotathletics & Angela Mudge for organising a great Scottish Senior Hill Champs at @ComrieCroft today. The summit of Carn Chois, with cloud inversion, perfection. pic.twitter.com/A8auw0OOWn

As the waves progressed and the cloud burned off, the conditions became hotter and hotter. With the sun beating down on the south facing slope the later runners faced much tougher conditions than the early starters. c

The race was run in waves with a gap of 12 minutes between each wave with other Covid-19 protocols in place.

In the W60 category Gill Irvine (Highland Hill Runners) came home a clear 14 minutes ahead of the next finisher. John Tullie (Teviotdale Harriers) once again dominated the V60 with a clear victory.

The U23 honours went to Edinburg University Hare and Hounds duo, Gregor Malcolm and Holly Page. The U23 category attracted a field of 34 athletes on the day.

The closest competition of the day was the men’s team event.

Shettleston Harriers and Carnethy HRC tied on points with Shettleston taking the win on countback with their last counter finishing ahead of the final Carnethy athlete.

Thanks to Comrie Croft for hosting the event, Fordie Estate for giving permissions to use the area and to all the marshals for their hard work at the event. 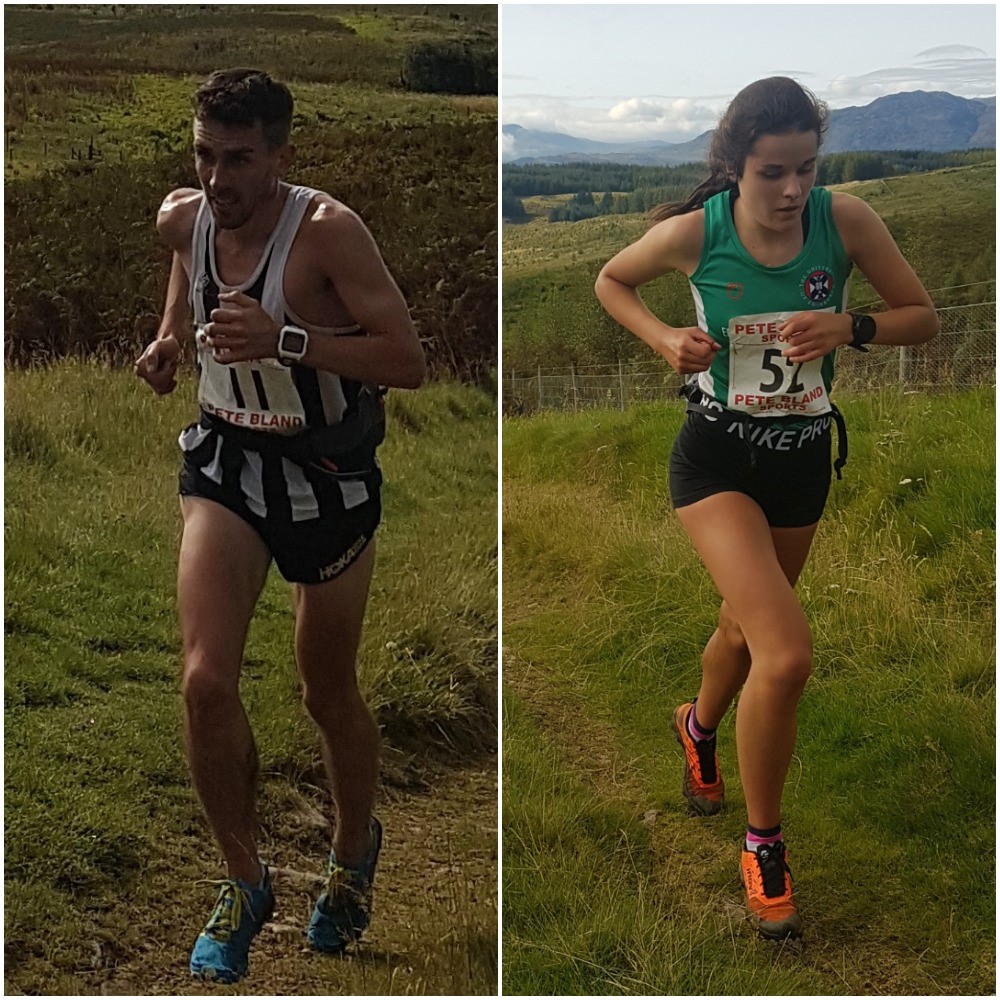