Following the Scottish Government easing of lockdown restrictions for Aberdeen, we are delighted to be headed to the venue on Sunday 6 September.

Entries are now open and will remain available via the online booking system until midnight this Thursday (August 27).

The events on offer on Sunday 6 September at Aberdeen are as follows: 100m; 800m; Shot Put; Long Jump.

Entries cost £5 each and there are restricted numbers, as is the case for all our 4J Studios National Open Series meetings as we seek to deliver some track and field action in what is inevitably a short season following Covid-19. 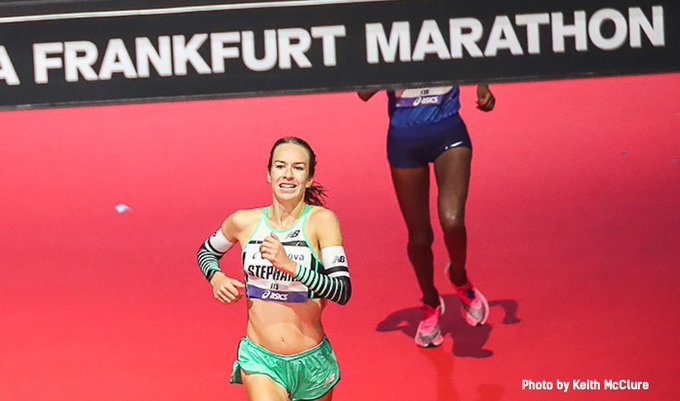 Scottish Record Holder Steph Twell will race in the elite event at the London Marathon in October.

The world’s fastest marathon runners will take part in a multi-lap race in St James’s Park in London on Sunday 4 October.

Earlier this month, World Athletics lifted a suspension of Olympic qualification system for marathon race from September 1 so it means runs on the closed-loop course will count towards GB and NI selection processes.

The women’s race is headlined by world record holder, Brigid Kosgei, and five other women who have run inside 2:20 .

Twell ran a ran a PB of 2:26:40 in Frankfurt last year and is up against 2018 British marathon champion Lily Partridge.

Matthew Centrowitz 4th in his first serious race of the 2020 outdoor season in 1:50.62. pic.twitter.com/dGfZA1Teol

Josh Kerr continued his impressive run of form in the United States over the weekend.

The Edinburgh AC won again at the latest Big Friendly event in Portland as he clocked 1:46.69 to head home an 800m field which included American star Matt Centrowitz.

Elsewhere, across Europe and Britain, a number of Scottish athletes took advantage of competition opportunities as they seek to maximise the short season that is 2020.

Decathlon PB and a medal here in Warsaw. Delighted to be back competing after 18 months of injury ?? pic.twitter.com/iy7ZFhP7fe