Eilish McColgan stormed through both the British and Scottish 5000m records in Oslo last night, felling the mark set by Paula Radcliffe in 2004 along with her own Scottish best.

Running in the city’s Diamond League meet just days after her selection for the Tokyo Olympics in both 5000m and 10000m, she finished in 14:28:55, knocking a stunning 18 seconds off her PB and previous Scottish record.

The Dundee Hawkhill athlete finished 4th after holding on lap after lap to the front pack, which included Hellen Obiri – who took the win in 14:26.38 – Fantu Worku and Margaret Chelimo Kipkemboi.

Her finish moves her to fifth on the European all-time list, and makes her just the seventh European to break the 14:30 barrier.

Radcliffe’s previous British record stood at 14:29.11 and she was among those to congratulate Eilish in the wake of her run

There was also delight from mum and coach Liz, who declared herself “Proud mama, proud coach”

Oh my days we knew it was on!!!! @EilishMccolgan the fastest ever British 5 k runner 14:28.55 ….. proud mama proud coach #nonikesupershoes pic.twitter.com/DJT37JGLu1

All at scottishathletics would like to congratulate Eilish, Liz, and Michael Rimmer (partner and coach) on a superb performance and all the hard work that we know has led up to it.

Eilish next hopes to surpass her mother’s Scottish Record over 10,000m after reaching a third Olympics.

She booked her spot in Tokyo this summer by taking gold in the European 10,000m Cup at the start of June in Birmingham.

Eilish will compete in the city 30 years on from Liz McColgan‘s Tokyo World Championship win and also her mother’s 1991 Record of 30.57 (set in Hengelo in Holland).

‘I would like to try and change that into my name – still keep it in the family name, but move it to me.

‘The main target would be to try and run a personal best at the Olympics and get that Scottish Record. 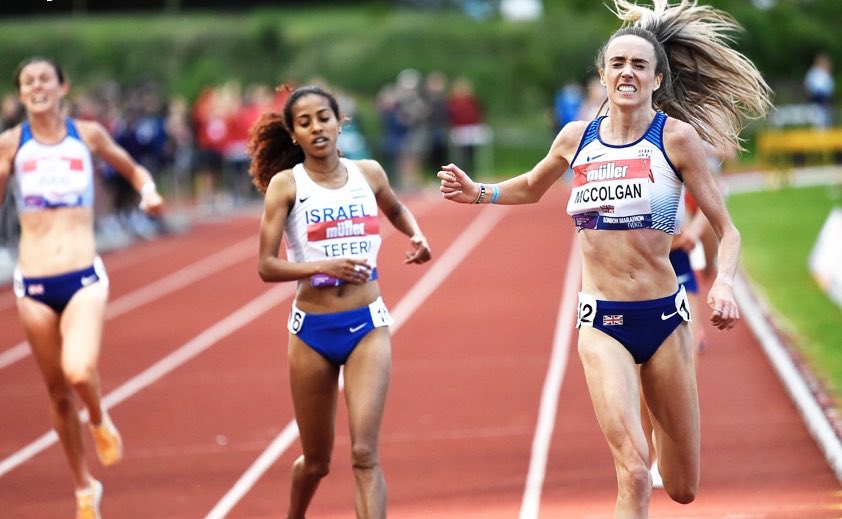 McColgan is the fourth Scottish woman after mother Liz, Lee McConnell and now Steph Twell to reach a trio of successive Games in track and field.

‘I honestly couldn’t ask for any more,’ she told BBC Scotland.

‘When I started as a kid, at Dundee Hawkhill Harriers, I never ever in my wildest dreams would have even thought that one Olympic Games was possible.

‘So, many years on, to have a qualified for a third Olympic Games, it feels completely surreal.

‘It is just mad, the whole situation is just crazy, but it is so special – not just to me but even with that family link as well. I can’t imagine it has happened too many times through other mother-daughter athletes.

‘Not only was my mum a world champion and the fastest woman in the world that year over 10,000m, she also did it less than a year after giving birth to me. That is even more insane the more I think about it as an adult and as a woman.’ 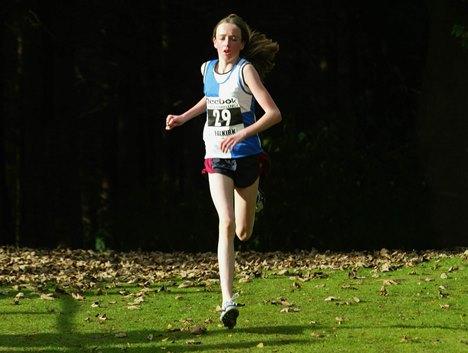 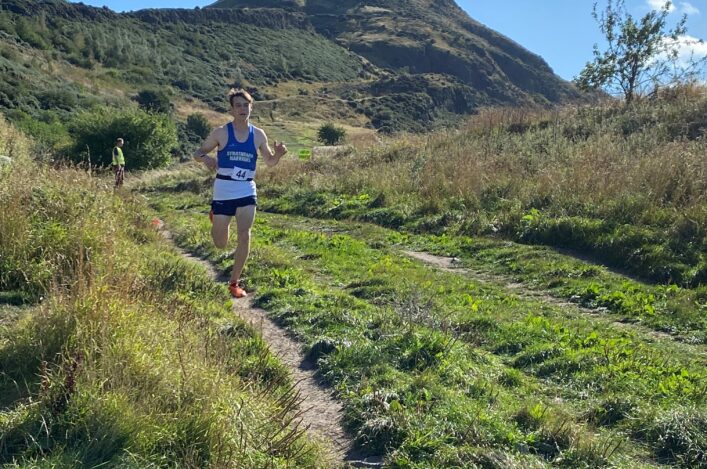