‘Fear of failure was a huge hurdle for me’ – Katie Purves

The 22-year-old Edinburgh AC athlete is back in Scotland after an unhappy spell in the United States.

Now being coached by Francis Smith, Katie won the 100m Hurdles title with a PB of 13.74 at the FPSG Senior Champs at Grangemouth back in August.

But, arguably Katie’s biggest achievement that particular weekend was taking a silver medal in the 100m as she broke her PB with a windy run of 11.95 seconds – after a nine year wait for a best in the 100m!

‘Growing up, I think a lot of young athletes have a problem with a fear of failure,’ she told scottishathletics in our video interview.

‘I didn’t want to compete unless I felt I was guaranteed to win the race. It’s definitely an issue with others, I feel.

‘But you learn more from your failures than you do from your successes and, in athletics, you have to put yourself out there to compete.

‘It is nowhere near as scary as you think it is going to be! If you don’t put yourself out there, then you will never get faster.’ 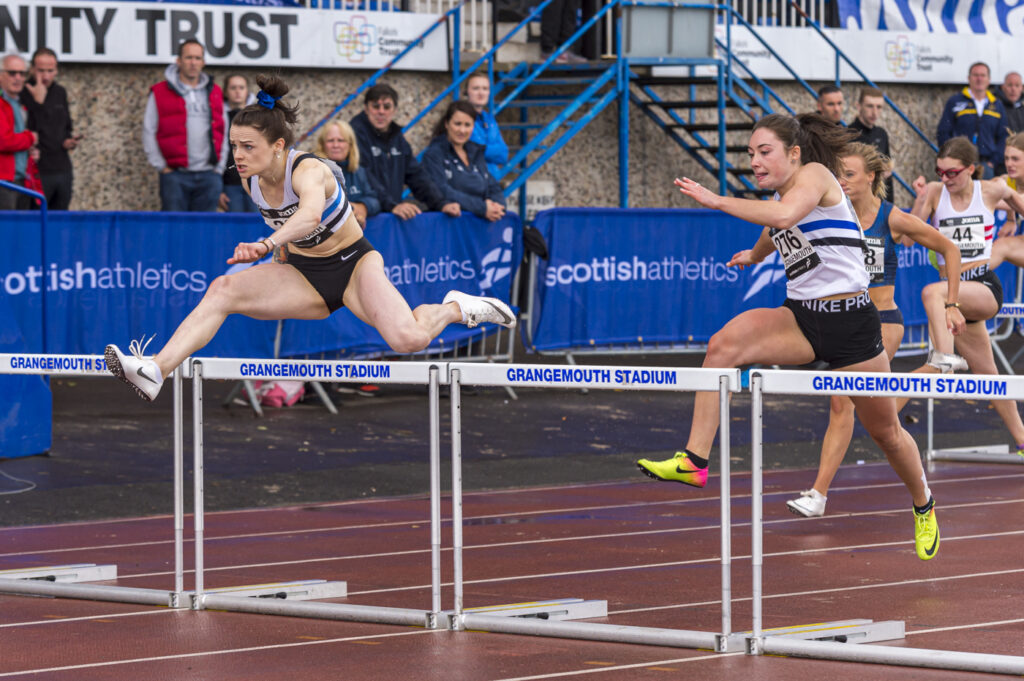 Once Scottish U18 Athlete of the Year, Katie was thrilled with her Grangemouth exploits that weekend.

‘Perseverance in sport is vital. If you want it enough, you will get there even though there will be plateaus and pitfalls along the way.

‘At the FPSG Senior Champs, I ran a PB in the 100m on my way to a silver medal. That was my first PB in that event for nine years!

‘My 200m times and my sprint hurdles time (she won the Senior Women’s title with a PB of 13.74 seconds) are coming down as well which feels great.

‘Mental attitude is the difference. When people used to say to me that sport is 70 percent mental and 30 percent physical, I just didn’t believe it.

‘But now, on the flip side of it after having been on the other side of things, I totally get it. I am happy, I want to be here at the track, and I am running well.

‘I think there’s a lack on the mental side in athletics and having someone to speak to can be so important.’ 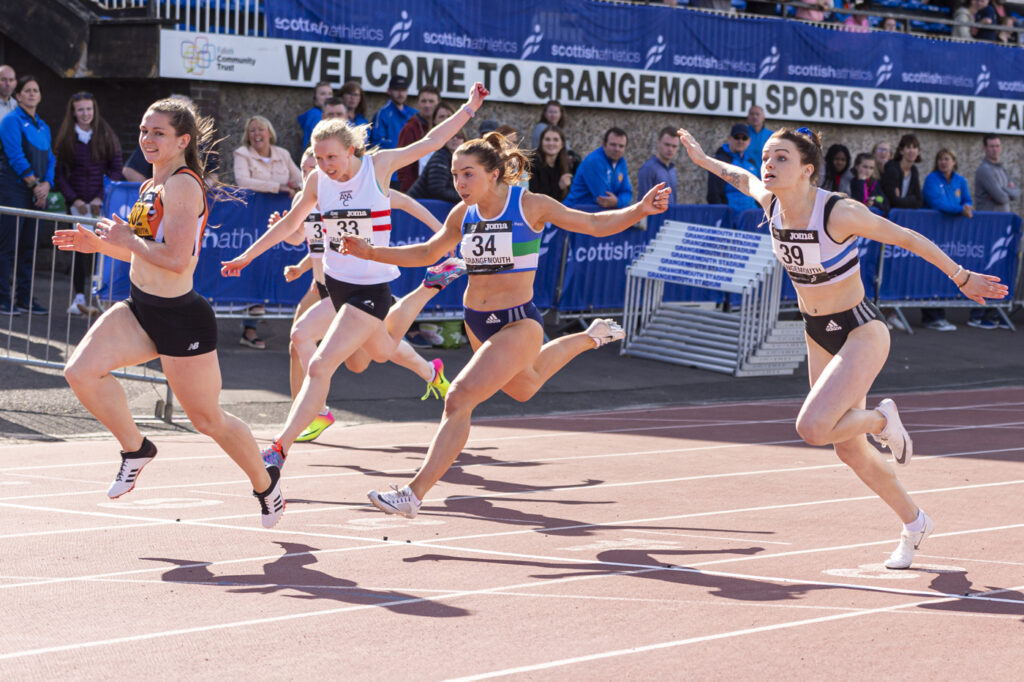 Great to be back! Run and Become 5k pilot event is a big success at Fife Cycle Park

First album of photos from the Scottish Athletics Run and Become 5k at Lochgelly in Fife on Sunday 29 November 2020. These photos kindly supplied to us by Bobby Gavin of www.thatonemoment.co.uk ... See MoreSee Less