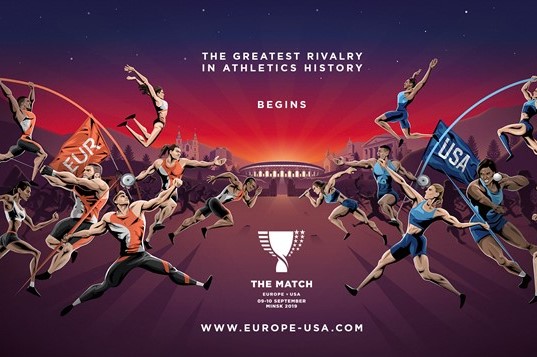 Five Scottish athletes have been picked for the European team to take on the USA in The Match on 9-10 September.

The Match is a Ryder Cup-style championship event and takes place over two days in Ukraine in the countdown to the Doha World Champs.

European Athletics have announced their selection and there were call-up for four Scottish women as well as Jake Wightman.

All four women will of course represent Britain at the World Championships in Doha three weeks later, after securing their places via top two finishes at the Muller British Champs.

Jake for his is now awaiting the outcome of the selection decisions and discussion which are due to take place over the weekend and on Monday.

Congratulations from all at scottishathletics to these athletes and their families and coaches as well as the clubs involved in their development over many years.

The Match features 304 athletes and sees Europe and the USA go head to head for the first time since the 1960s in a four-a-side contest in the individual events, with two teams each in the relays.