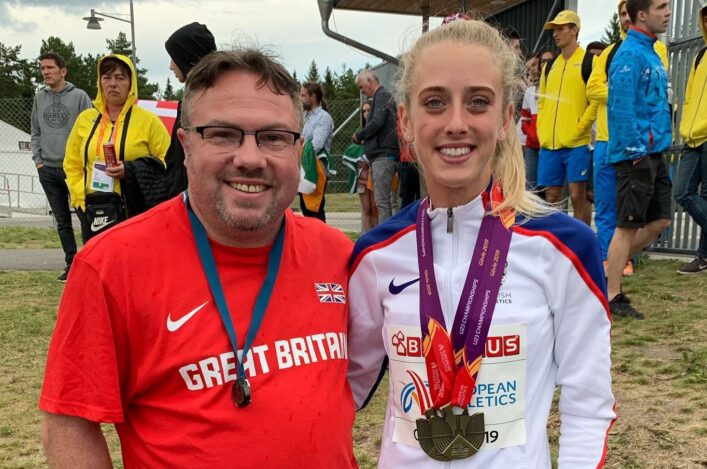 ‘It has been a quite stunning period for athletics in Scotland recently – across various disciplines and age groups.

‘When you see the performances likes these across the board, it is essential that we recognise how important Scottish coaches are to the system we are trying to build on in this country.

‘We must respect the wonderful job that they are doing and for the most part, the majority are unpaid. 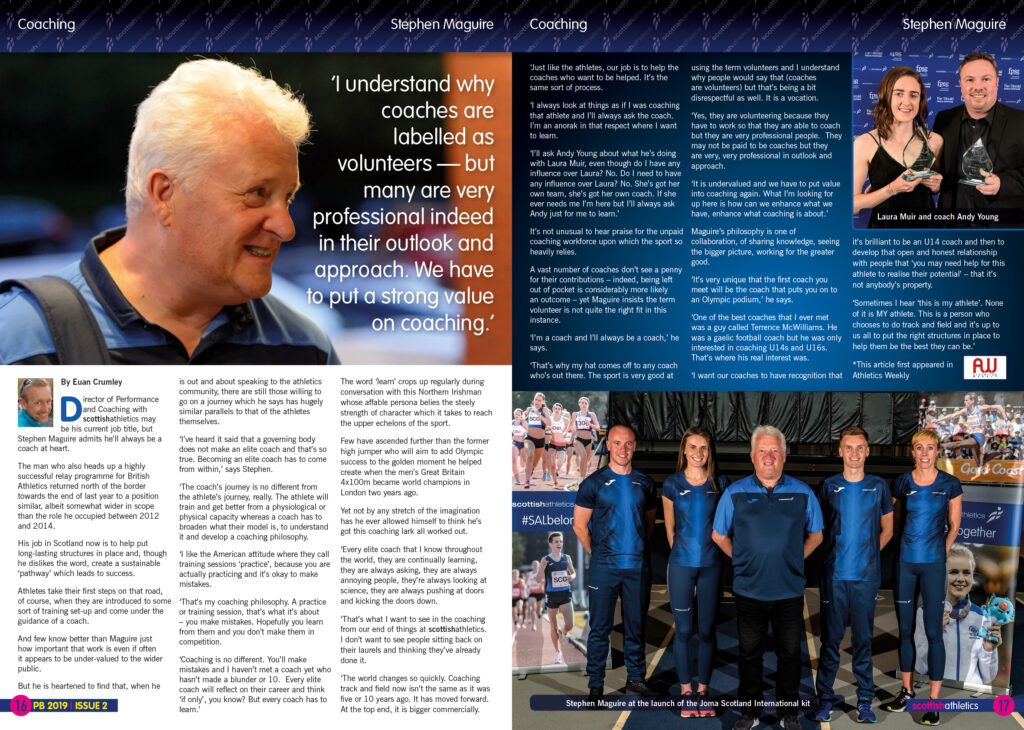 ‘Stephen Maguire mentions this in the new edition of PB magazine, but we must appreciate that coaches are delivering ‘professional’ roles.

A professional coach is not necessarily someone who is paid, but is very much about their hunger and drive for learning and improvement, the behaviours demonstrated, the environment they are creating, and their skill set and the professionalism about how they go about their business.

‘It is also very pleasing to see more female coaches breaking through with athletes at the top end.

‘Scotland has always had good female coaches but, for whatever the reasons, in the past very few have been working at international level (with the likes of Liz McColgan an exception).

‘We are now witnessing some excellent coaching with athletes and results to back this up. 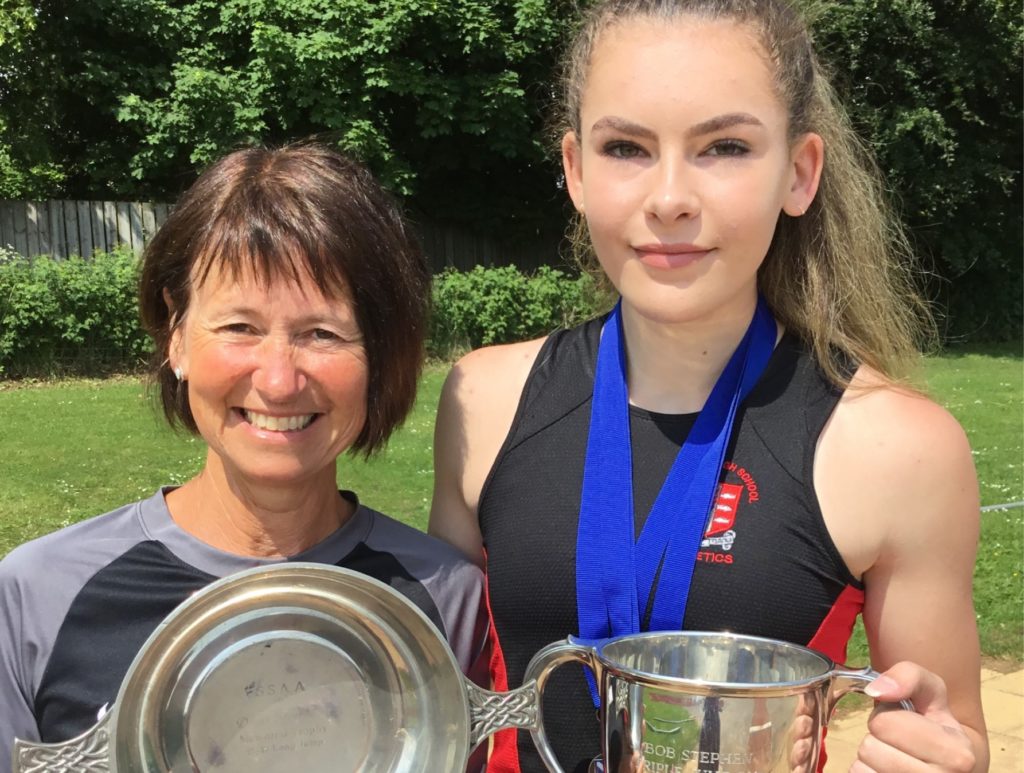 ‘A highlight of the past few weeks has been the progress and record breaking exploits of jumps athletes, Stephen Mackenzie and Ellie O’Hara, both under the tutelage of Linda Nicholson. Anne Scott has always worked alongside husband John but has probably not been given the recognition she deserves.

‘Sophie Dunnett is prominent in hill running and Sandra Hardacre has guided Sarah Calvert’s run to the Euro U20 800m final.

‘Within the staffing at scottishathletics we now have more women leading our coaching projects with Alison Grey (throws) and Gillian Cooke (jumps) now providing that coordination and leadership at national level.

‘Julie Mollison, on the back of her previous development work as well as team manager role at the Commonwealth Games, now heads up the National Academy. There are others, too.

‘We have to make sure opportunities are there for coaches to grow and progress in order to develop the sport in Scotland.’ 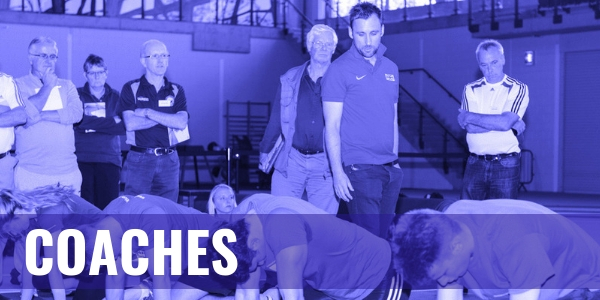