It’s great to see Nick Percy and Kirsty Law in good form in the United States in early season competition.

Nick was competing at the Kansas Relays in Lawrence and threw out to 62.09m to take third place in that event.

And we mentioned last week that Kirsty has made a strong start to 2019 and she under-lined that with a throw of 57.66m for fourth place at the Beach Invitational in Long Beach, California.

That’s the second best ever throw from Kirsty and her best for a number of years since her PB of 57.79 was set in 2012. 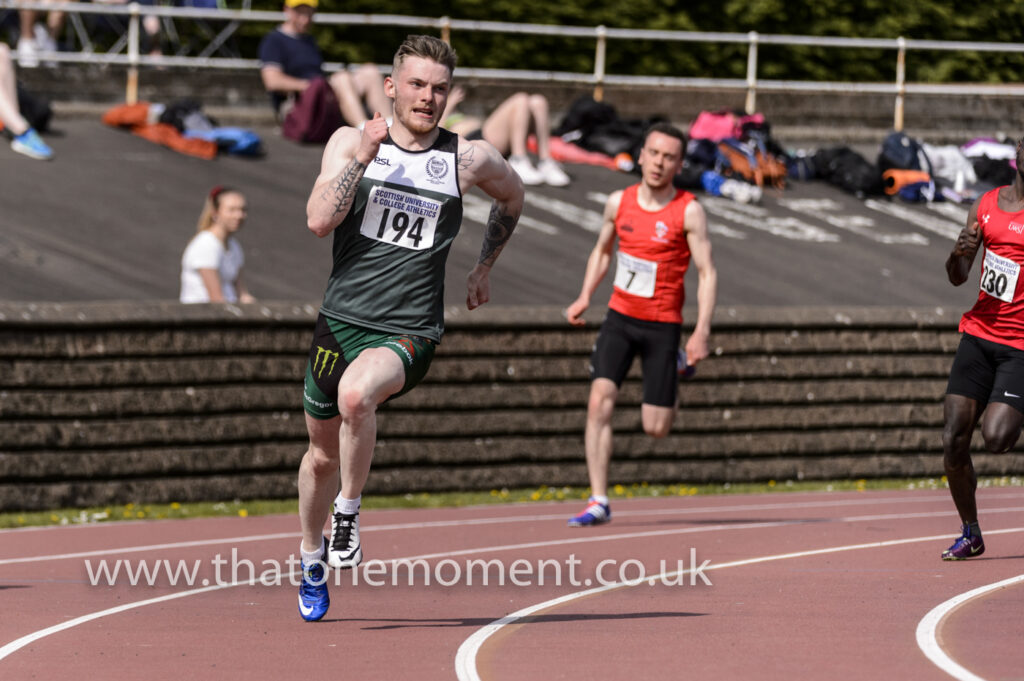 Cameron Tindle in action at Grangemouth (photo by Bobby Gavin)

Fine conditions greeted the Scottish Universities and Colleges (SUCA) Champs at Grangemouth on Saturday as our students delivered a number of good performances.

Results summaries are at the top of the Scotstats.net website Results section

Photo albums from Bobby Gavin of www.thatonemoment.co.uk are on our Facebook page.

@SUCA_Athletics @scotathletics First outdoor T&F of the season at Grangemouth yesterday, good to be out in the sunshine again..!! pic.twitter.com/DCO1qTdtWD