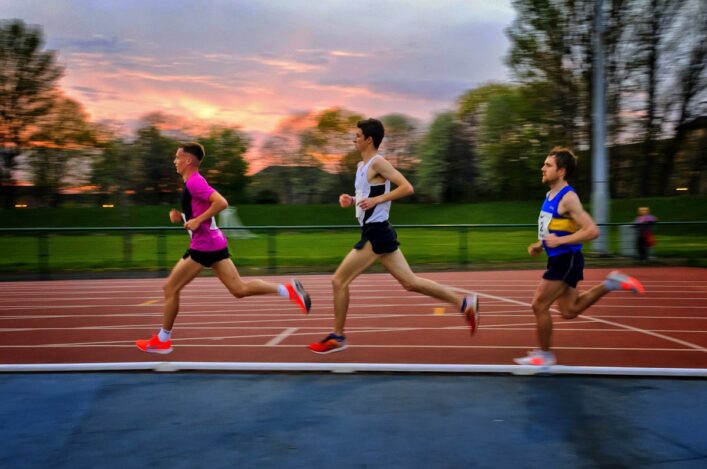 Shettleston Harriers claimed three of the six medals on offer at the Scottish 10,000m Champs at their home track at Crownpoint.

The Glasgow Athletics Association were our hosts for an event which is growing year-on-year and there was definitely a sense of déjà vu – or deja blue, even – as Lachlan Oates and Fionnuala Ross sped to gold to repeat their title wins of a year ago.

Oates for his part is on quite a roll in 2019 as he clinched the first outdoor track title of the year to add to the Inter-District XC crown he won at Stirling in January and the 10-Mile Championship won at the Tom Scott Road Races at the end of March.

Avril Mason was Shettleston’s third medallist, taking a bronze in the Women’s 1-2-3, the in-form Masters athletes making the Senior podium just as she did in the 10-Miler at Strathclyde Park.

Let’s start with the Women’s race with the medals contested over two of the four races on an evening when the conditions were as near-perfect as is just about possible at this venue on a Friday night in April in Scotland.

Mason posted 35.07.28 in her first track outing at 10,000m and a PB for the distance before Ross and Kilbarchan AAC’s Elspeth Curran bettered that in Heat Two.

‘I enjoyed that and it was good to win in a really good time for this point in the year,’ said Fionnuala, who clocked 33.50.86.

‘As it happens I am about a second away from the PB I set last year at Highgate Night of the 10Ks when I raced for Ireland in the European Cup.

‘I’m not too disappointed to go so close. It shows I’m in good shape and I am looking forward to going back to Highgate in early July.

‘I’ve run about 15 seconds quicker than when winning last year so that’s another positive. I will race the road 5K at Silverknowes – that’s the shorter end of distance for me but I will give it a go.’ 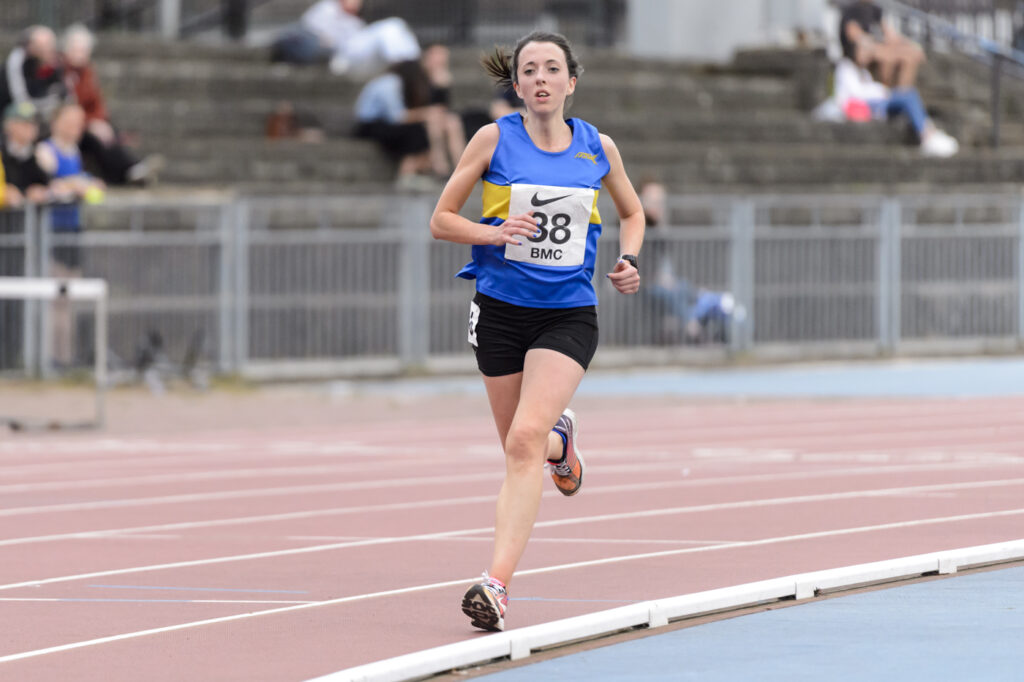 Fionnuala Ross strides out for gold at the 10,000m Champs

Curran, in her first track outing at this distance, wasn’t satisfied with 34.47.82, but had the consolation of a silver medal.

‘I wanted to see what it was like on the track and I found out! It’s quite tough mentally.

‘But I am on the podium again for a National Champs after winning the 10-Mile gold a couple of weeks ago so things are going well.

‘I’m on a ‘comeback’ over the past couple of years but it has been very steady and that approach has worked well.’

Mason said: ‘I’m running the London Marathon next week so it was great to get a PB for the distance here. Our coach, John Montgomery, asked for some goals for the season so I made one of mine to run a 10,000m on the track for the first time!’

Montgomery’s good night was to continue in the Men’s race as Oates took the win on a night when a couple of others in that training group ran PBs. With conditions conducive to good performances, and very solid work by the pace-makers, the PB ratio was high – 35 from 51 finishers. 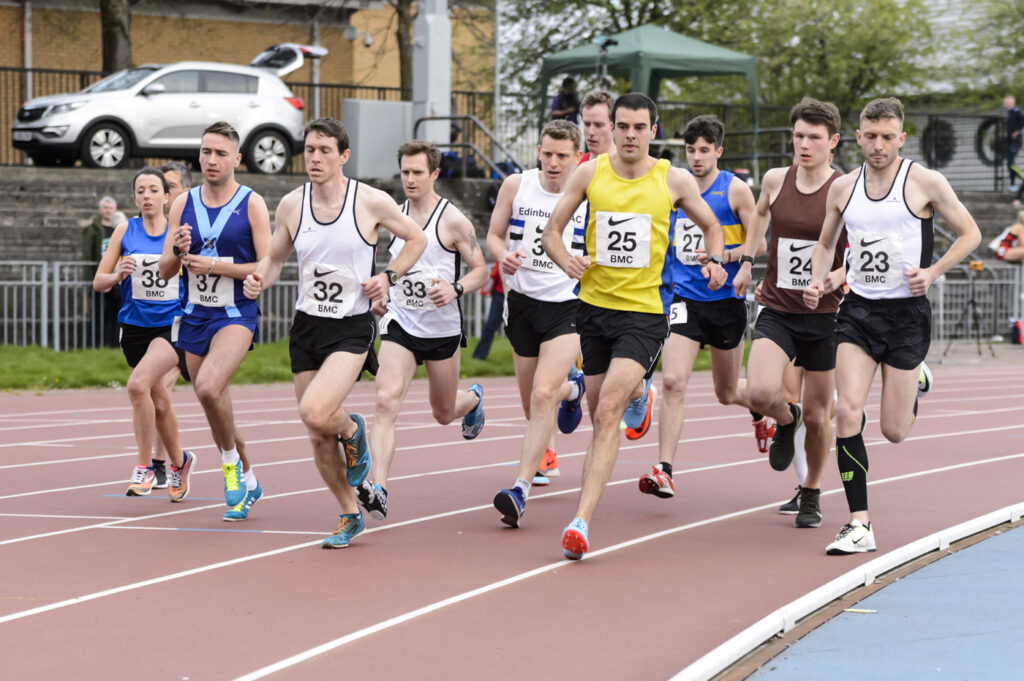 Oates followed pacer Adam Craig to create a gap before halfway and the outcome wasn’t in doubt thereafter – although U23 athlete Donald worked hard to get back into the medal mix and then push on for silver as Thomson tried manfully to close over the last 2000m or so.

‘I’m delighted to get a PB by eight seconds  – that was the target,’ said Lachlan.

‘You don’t race 10,000m on the track all that often and I’ve decided against Highgate this year.

‘Up until last year I was finishing second and third in National Championships, so I’m pleased with a bit of progress on that front and defended my title here. Stirling in the Inter-District XC and Strathclyde Park in the 10-Mile Champs also went very well.’

Donald for his part was thrilled with a PB of around 25 seconds as he dipped under 30.15.

‘I’m really pleased with that and am happy with the run,’ said James.

‘I’d hoped to go through halfway in 15 minutes but had thought the second half might drop off a bit. I’ve kept it together pretty well and I didn’t want to look round and give Ryan any more motivation over the last few laps.

‘I’m studying in Edinburgh now and being coached by Mark Pollard and it is a good arrangement.’

*Many thanks to the GAA, the pace-makers, our scottishathletics Officials and all other volunteers involved at Crownpoint. 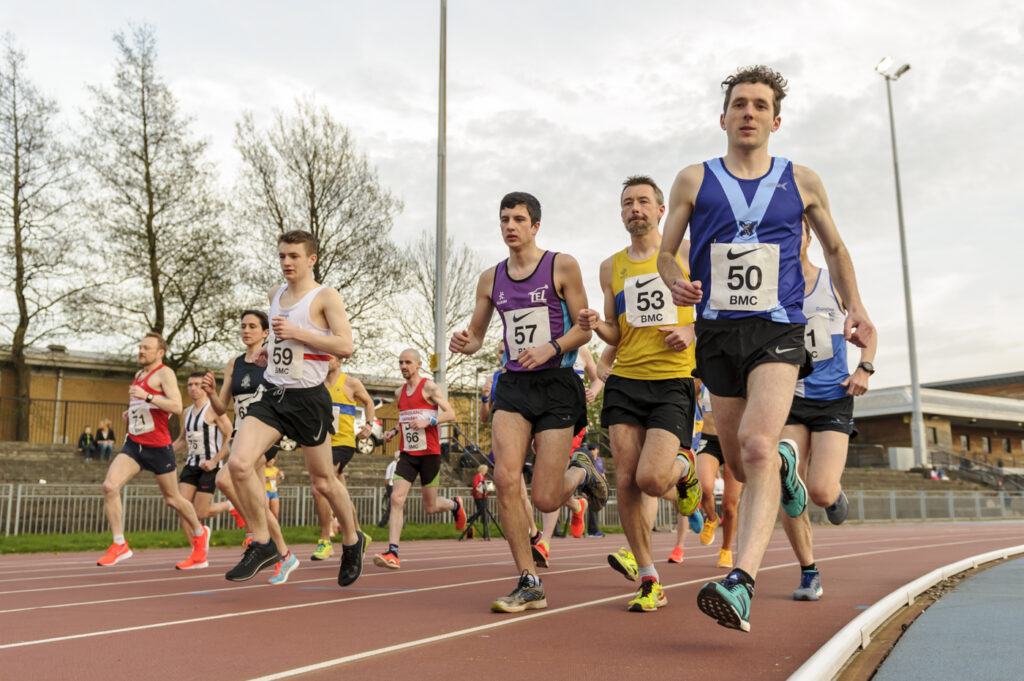 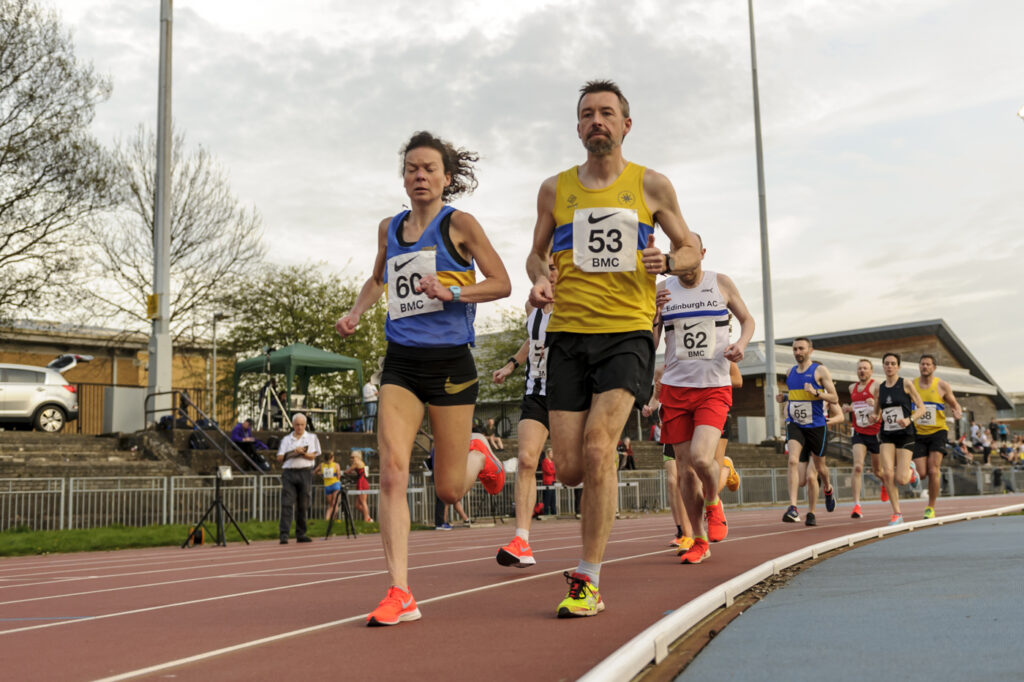 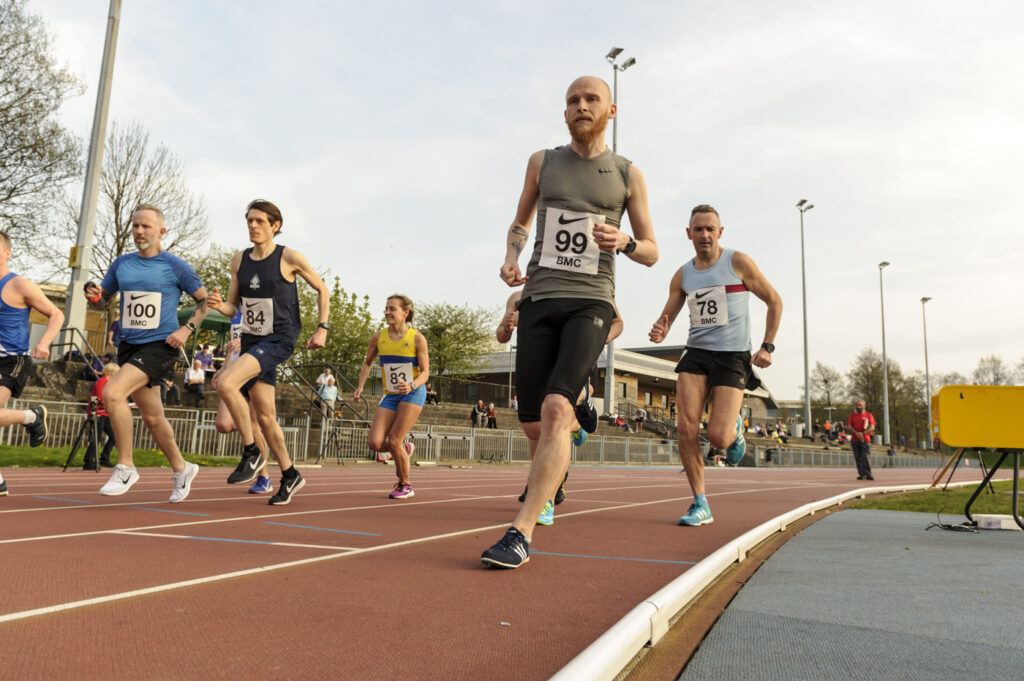