Scots impress on track and in XC; SVHC Road Relays 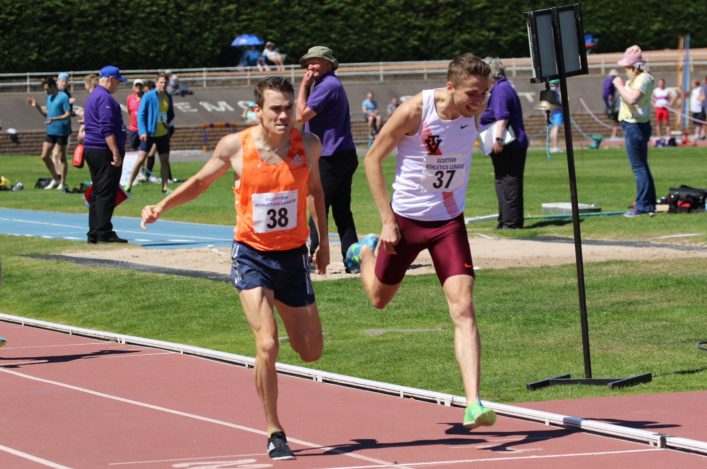 *Note: we will look at Combined Events International in a separate report

It has been a strong start to 2019 already for Scotland’s elite athletes – and that theme was very much maintained over the weekend at various locations.

Let’s start with the New Balance Indoor meet in Boston with no fewer than four top Scots in action in what were high-class races.

Andy Butchart and Chris O’Hare finished fourth and fifth respectively in a strong 3000m race and both went well inside the 7.55 qualifying time target set by British Athletics for the European Indoors in Glasgow.

Coverage in The Herald

Guy Learmonth went top of the British rankings for the 800m with an indoor PB of 1.46.98 as he finished fifth in a strong race. Again, that time landed Guy a Euro qualifying time with the mark there set at 1.48.00

Completing the Boston lineup, Lynsey Sharp was second in her 600m race with 1.29.11 with the former European outdoor champion setting her sights on the Emirates Arena, too.

Elsewhere in America, there was a fine indoor mile win for Neil Gourley with 3.58.12. That performance will elevate Neil to sixth on the Scottish all-time rankings for the mile, now above Matthew Gillespie. And Josh Kerr won an 800m race in a new indoor PB of 1.48.55.

Back in Europe, Eilidh Doyle clocked 53.08 over 400m in Vienna as she continued her preparations for the British Champs and Euro Trials – with the qualifying standard there at 53.00. Elsewhere in Europe, high jumper Nikki Manson cleared 1.80m and pole vaulter Anna Gordon 3.82m.

And, in London, there were fine sprint performances by Adam Thomas and Alisha Rees. Adam clocked 6.66 for 60m to move to third on the Scottish all-time list while Alisha came up with a new PB of 7.43 for the same distance.

Moving to a much longer distance, and back across the Atlanic, Lothian Running Club’s Sarah Inglis bounced back from a tough 2018 in some style with a PB run at the UW Invitational indoor meeting in Seattle.

Currently based in Canada, Inglis, who was running for her home town club Langley Mustangs finished in 2nd place in the Women’s 5000 metres with a new PB time of of 15 minutes 35.89 seconds, this was almost six seconds quicker than her previous best of 15:41.28 which was set outdoors.

After victory in the Inter-District XC in Stirling, the Scotland international took an excellent bronze medal in the Home Countries International in Belfast on the weekend before last.

And Mhairi has followed that up with gold success at the North of England champs in the colours of Morpeth Harriers as she headed Lauren Howarth by four seconds with Jessica Judd in third. It was a successful defence for Maclennan, who won the North title last year, too. 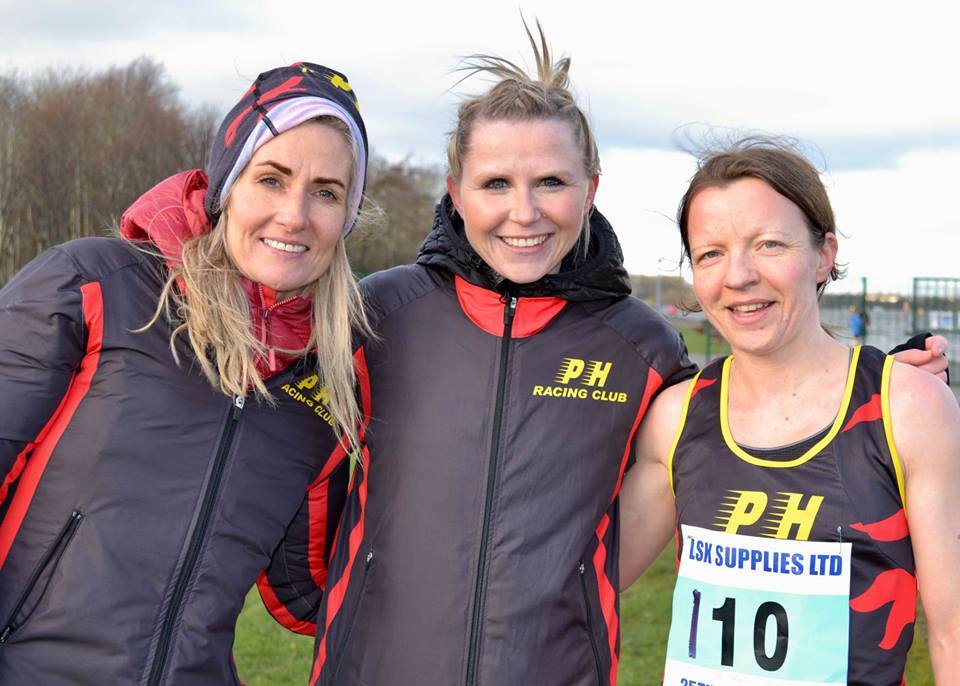 Results are online on the SVHC website – see the Provisional Results tab at the top of the Entry form.

The men’s title went to Cambuslang Harriers with Edinburgh AC taking the silver medals and Dundee Hawkhill Harriers in third.  In the women’s race, there was a win for PH Racing with silvers for Springburn Harriers as Giffnock North AC took third.

Cumbernauld AAC took the golds in the men’s V50 race.