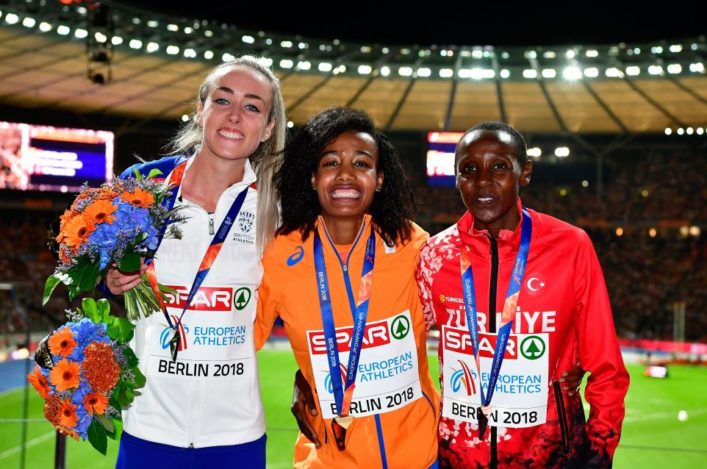 Confidence has been key for Eilish McColgan in 2018.

The European 5000m silver medallist believed in her race strategies, trusted her training and as a result had a year which she classes as her most successful yet.

That success has not come easily, however.

‘Considering the health issues I’ve had this year, I’m actually really proud that I’ve managed to come away with my first global outdoor medal,’ said Eilish.

‘By far that outweighs PBs and everything to me. PBs are always going to be there to be broken and medals are there forever. So I do think I would class it as my most successful year.’

McColgan had entered 2018 with momentum, fuelled by a PB-filled 2017. Yet her progress stalled right when she wanted to be firing on all cylinders.

‘This year I’ve had a lot of problems health wise,’ she explained.

‘I came back from training in Kenya and I was in the best shape of my life. In January and February I felt brilliant, I felt like I was going to go into the World Indoor Championships in a really strong position, ready to run some big PBs indoors.

‘Then I got sick and it just wiped me out. I don’t know if I picked up a virus, but from about February right through the Commonwealth Games, I was struggling. I was sleeping non-stop, I had a real achiness in my quads, it was just horrible.’