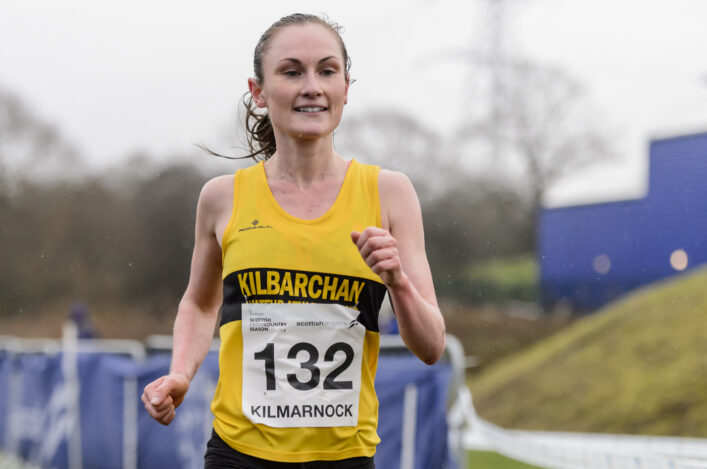 Lachlan Oates saw off the challenge of Andy Douglas to claim gold for the first time across the mud of Kilmarnock at the West District XC Champs.

Shettleston’s Scotland international has been a regular on the podium at this event with silver two years ago and a bronze last year.

This time, he bided his time to make a last lap break to get clear of Inverclyde’s Douglas with the bronze medal headed for his club-mate, John Bell.

Cambuslang Harriers however packed best and thus successfully defended the Senior Men’s gold they had won a year previously at Irvine. Shettleston, after winning the women’s race, took the men’s silvers with Inverclyde in third.

‘I’m really pleased to win that because Andy’s beaten me a couple of times at this event and is a top athlete,’ said Lachlan.

‘We were together for a long time and I was trying to see how he was taking a number of twists and turns. Eventually I just tried to take advantage of one on the last lap and managed to push it on a little bit and get an advantage.

‘I will go to the Inter-Districts at Stirling and try and do well. I’m sure the East medallists will be contenders because their field looked really strong this weekend.’

Elspeth Curran of Kilbarchan AAC had seemed a clear favourite for the Women’s race and so it proved as she opened up a gap on Michelle Sandison of Springburn with that 1-2 never changing. Nicola Hood of Dumfries took the bronze on a course that was a bit longer than the 8.5K anticipated.

There were Masters golds for Shettleston paid Jethro Lennox and Avril Mason with the team golds for Cambuslang men and the women of Bellahouston Road Runners. GB international Erin Wallace won the U20 gold with Kilbarchan’s Cameron Wright taking the U20 men’s title.

In the younger age groups, Giffnock North and Kilbarchan tend to dominate the team medals and there was no change to that recent pattern with the Glasgow club claiming glory at U13 (both), U15 (both), U17 Women and U20 Women and Kilbarchan the U17 and U20 Men’s.

There were individual golds for Jack Trainer of Garscube and Rosie Davidson of Ayr Seaforth at U17; Gregor Campbell of Shettleston and Valencia Wright of Giffnock North at U15; and Fergus Currie of Garscube and Amiya Patel of VP-Glasgow at U13.

*Organisers at the West are keen to offer their sincere apologies to the U13 athletes for a course and marshalling error which led to a shorter race. 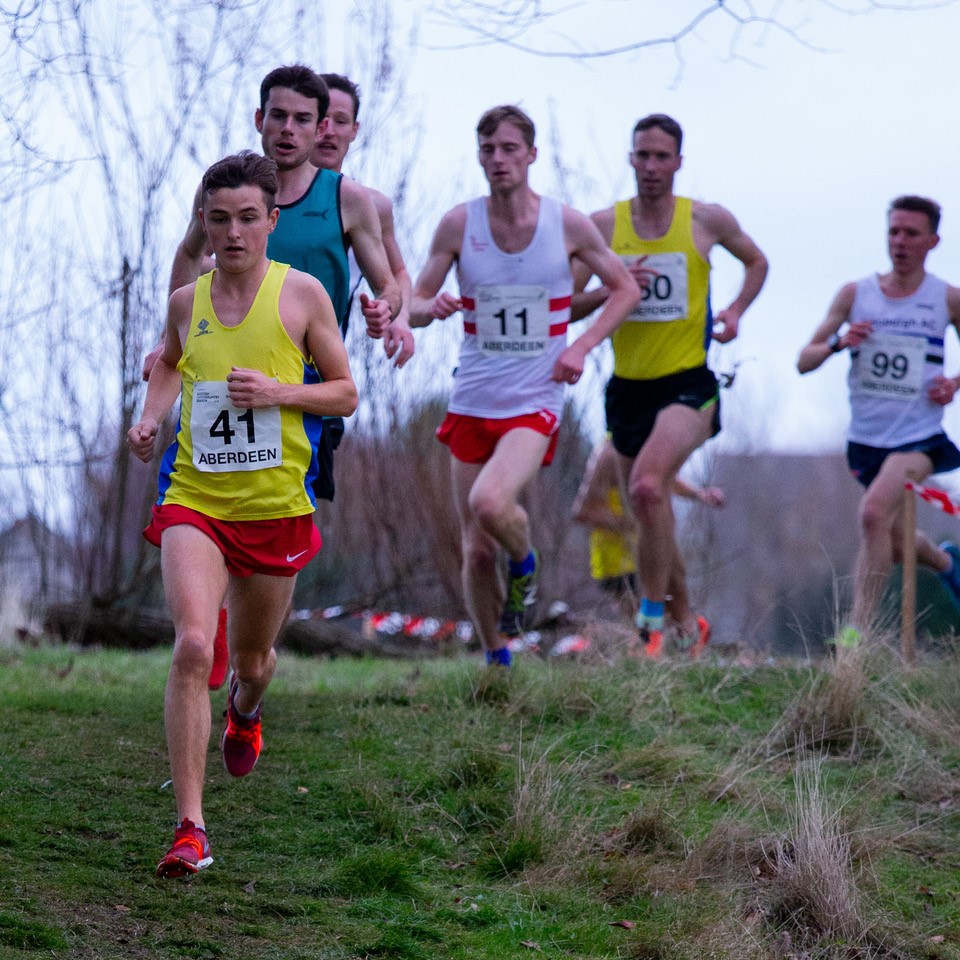 Aberdeen’s Balgownie playing fields offered a very different climatic setting from the heat and humidity of Texas which Jamie Crowe is accustomed to, but that didn’t prevent the Scotland international from producing a top class performance to win gold at East District XC.

Crowe, who is studying at Lamar University, has been in fine form in the US as he showed by winning the NCAA South Central Regional cross country title last month.

He flew home to Scotland just a few days before the Balgownie race, but showed no signs of fatigue as he produced an impressive performance to defeat a top quality field and retain the title he won at Livingston last year.

Crowe was in a group of five, along with Michael Christoforou (Edinburgh AC), Calum Mckenzie (Corstorphine AC), Michael Ferguson (Aberdeen AAC) and Robbie Simpson (Deeside Runners), which broke clear in the early stages.

The Central AC runner finished powerfully, crossing the line in 27.19 with Christoforou taking silver in 27.22, one second ahead of Mckenzie while Ferguson had to settle for fourth in 27.25 with Simpson fifth in 27.39.

‘It was a good competitive race, much tougher than I thought it was going to be,’ said Jamie, who led Central AC to another men’s team success.

‘I reckon it’s the strongest field for the East championships in quite a few years. I tried to get away from the others a few times but just couldn’t break clear until the final hill when I finally got a few seconds on them. It was a bit of a shock after Texas but it’s great to get some fresh air.’

Morag Millar (Cenral AC) proved herself to be simply the best when winning the senior women’s title for the fourth time in six years.

Millar came home in 30.57 for the 8.6K course with silver for Jo Williams (Lothian AC) as third-placed Annabel Simpson led Fife AC to the team title.

GB steeplechase international Holly Page (Edinburgh University) won the U20 women’s title, completing the 6.3km course in 23:45. Cera Gemmell (Team East Lothian) was an impressive winner of the U17s while Fife AC enjoyed success through Anna Hedley (U15) and Isla Thoms (U13) 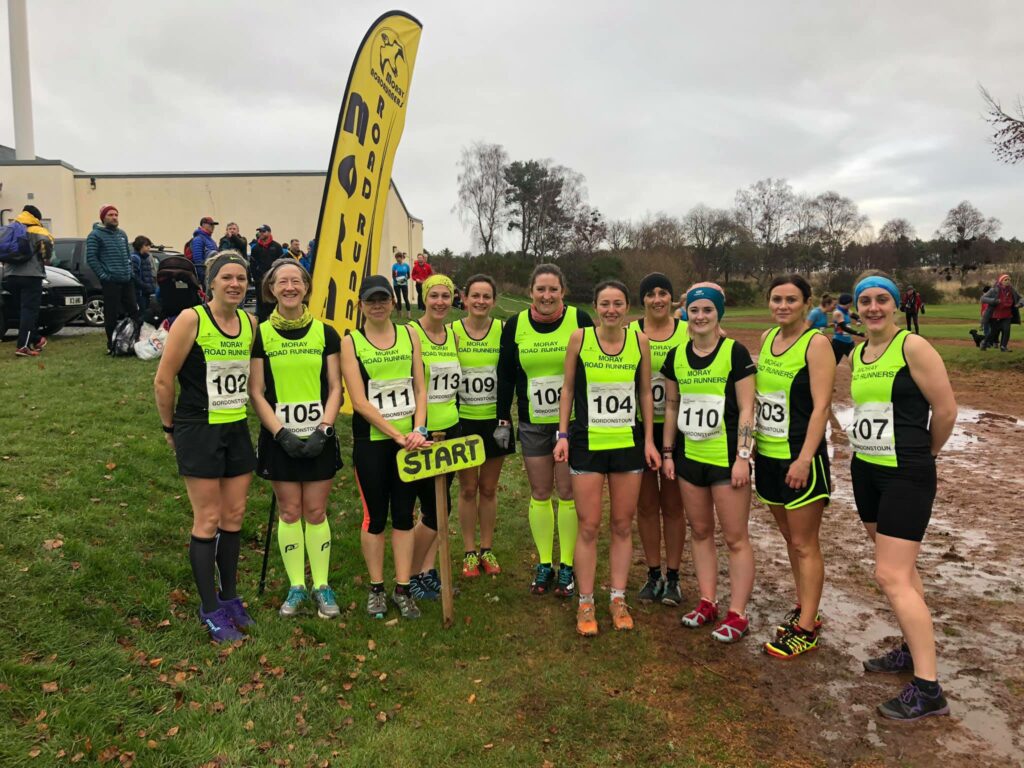 The Moray women followed their men’s team to take the win from Forres Harriers and Highland Hill Runners.

Kenny led the Moray team to victory in the team event from Inverness and Highland Hill Runners. The M40 winner was Wullie Nicolson of Higlhland Hill Runners and the M50 title went to David Weir of Forres Harriers. The U20 titles went to Max Abernethy of Fraserburgh and Grace Whelan of Moray.

Inverness Harriers juniors won 12 individual medals from 18 from U13 to U17 with North District Champions from U13 Grace MacDonald, U17 Megan Keith, U15 Lucas Cairns, U17 Luke Davidson as well as a string of team titles. Other individual golds went to U13 Roy Gordon of Moray RR and U15 Alyth Gollan of East Sutherland.

With thanks to Ross Cairns 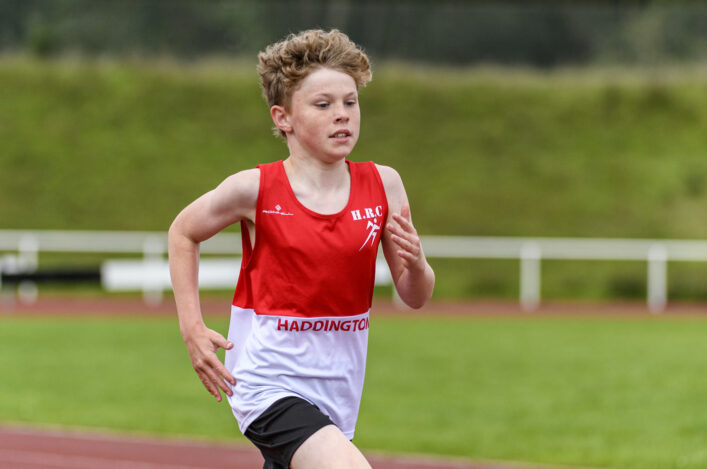 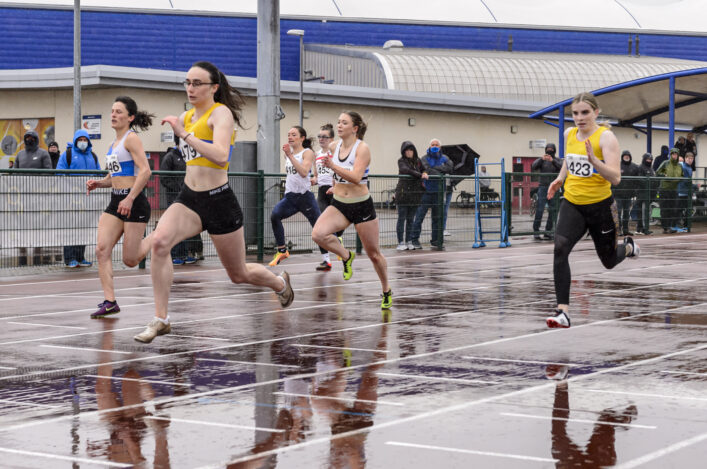