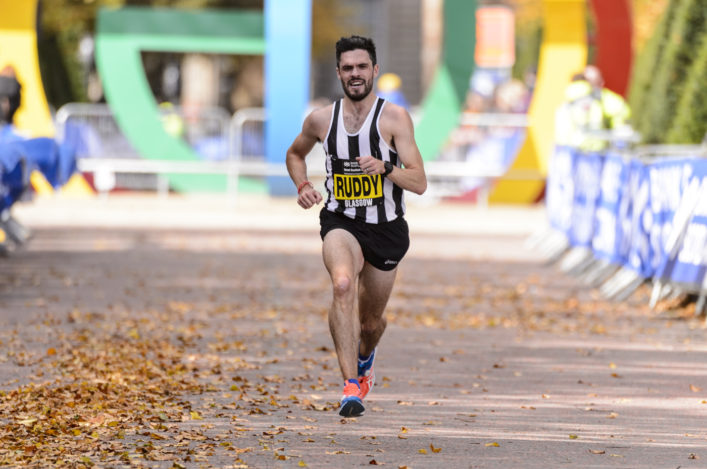 And we can now confirm Bellahouston Road Runners win the Women’s golds thanks to the efforts of Louise Ross, Catriona MacDonald and Emer Campbell – with that trio all finishing in the top 20.

Silver medals are headed for Dumbarton AC following the runs by Lindsey Currie, Charlene Kelly and Nikki Lyons while the bronzes were claimed by Metro Aberdeen thanks to Claire Bruce, Emma Sutherland and Alison Pilichos.

Inverclyde AC took the Men’s golds thanks to the efforts Craig Ruddy, John Bell and Alun Myers – with those three all inside the top 20 counters for these championships.

*Tsegai Tewelde of Shettleston and Sean Fontana of Inverclyde took individual medals but neither counted for their team. Tewelde was not wearing a club vest while Fontana was not clear for team competition until October 1 following a change of club (with the race on September 30). 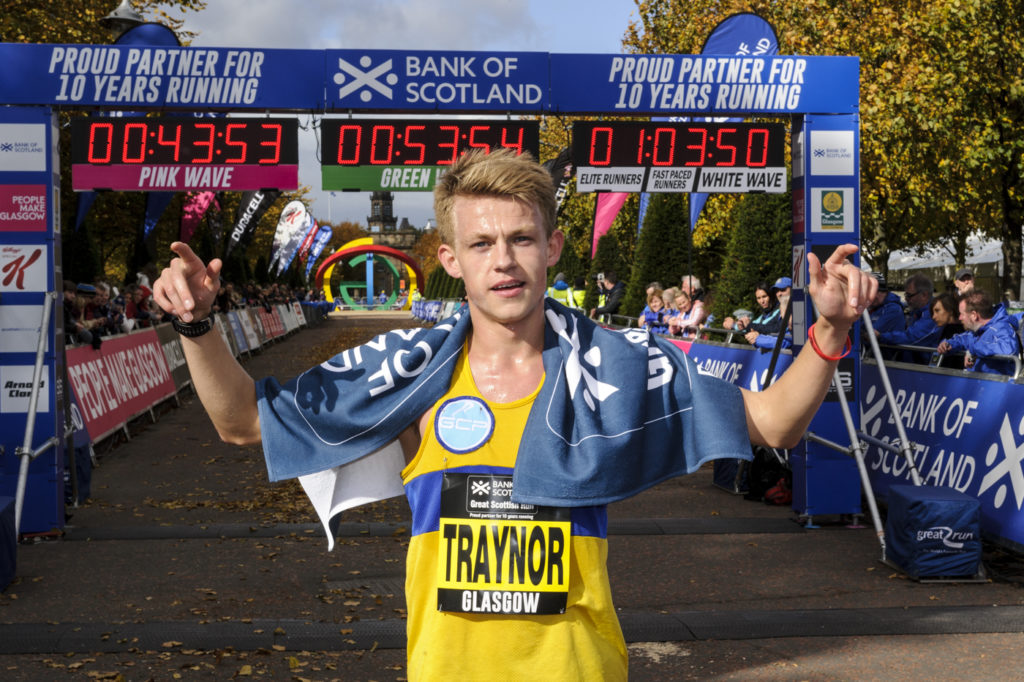 Scottish Half Marathon champion Luke Traynor and Andy Vernon head the elite men’s field for the Manchester Half Marathon on Sunday 14 October.

There is an intriguing competition emerging in the forthcoming Manchester Half Marathon, as the event has already attracted two of the UK’s top male runners.

Traynor is returning to defend his title after his course record breaking 64:07 run on his debut half marathon race. Since then he has clocked 61:55 seconds at the Barcelona Half Marathon in February, so a new course record could be on the cards.

His performance in Spain took him to third fastest in history on the all-time Scottish rankings. Most recently, the Giffnock North AC athlete finished third at the Great Scottish Run on Sunday.

‘I am really excited to be going back to compete in the Manchester Half Marathon,’ said Luke.

‘Last year was my first ever half marathon and it was a brilliant experience. It’s a super flat course and the atmosphere was awesome. This year is going to be even better and faster, I hope, as I’m aiming to break my own course record.’

The first of this winter’s North District endurance training sessions will take place on Sunday 21 October.

This first session will take place alongside the Junior camp that takes place that day (for invited athletes) but the session is open to everyone.

Please meet at the play area in Grant Park, Forres, for a 10.45am start.

XC Sessions this Saturday in Glasgow, Aberdeen and Forres

XC sessions coming up in North and in Glasgow